Whilst other teams may have taken a breather in the summer break our Club under the guidance of Barrie Russ, General Manager and Coach for all 3 teams continued to work on the weaker areas of individuals games. It's clearly paying dividends.

Both our B & C Team are showing real progress in Div 2. In addition to the success of our B Team this season our C Team scored a total of 7 points in the 2016/17 season but have already scored 5 points this season. The individual performances are whats noticeable and translating to points. All Players are giving less points away than last season in their individual sets within matches and percentage of games won is improving as can be seen below,

Coach Barrie Russ commented, its great to see the individuals both progressing and be enjoying their table tennis both in terms of the club nights but also in the League. Barrie is currently coaching two new players in our A Team and new to the league and Division 1 in the Llandudno District League where the competition is fierce but again Alan and Ged are improving as each match comes along. 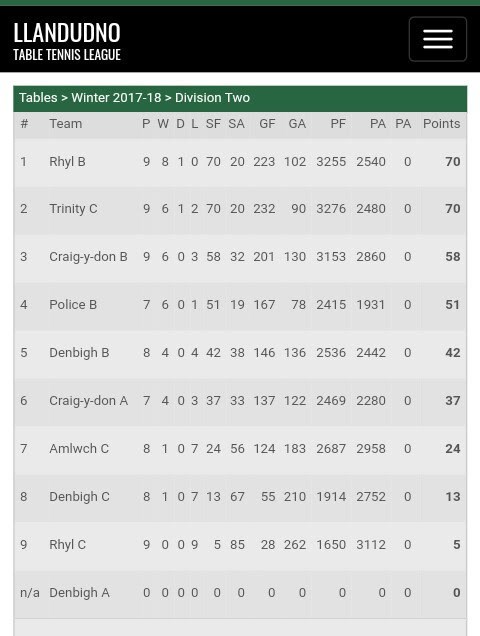 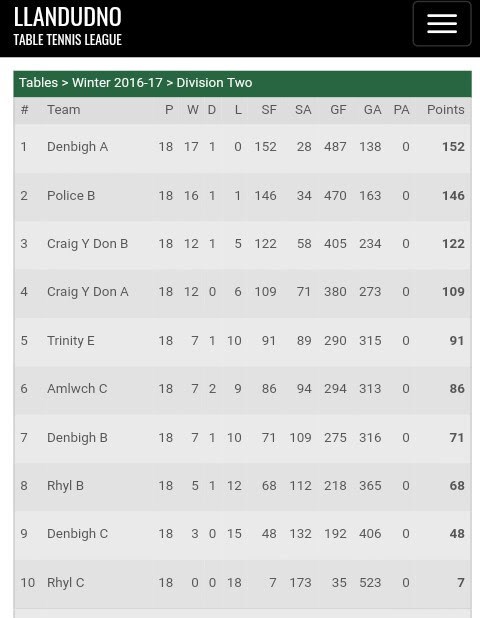