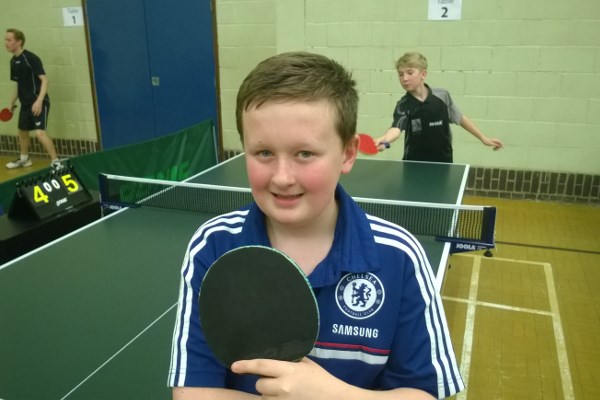 Rowhedge played in National Cadet and Junior League at Stowupland on Sunday 9th November. This was day 1 of a four day programme of events. Cadets being played over three divisions with promotion/relegation operating on the first three dates to settle teams into suitable positions. Juniors have one division of 7 teams so will play each other twice during the season.

It was good to see another Colchester based club taking part for the first time, Tollgate, which added some friendly rivalry to the day. Our junior team was Sam Hume, Cameron Simpson and, playing up from the Cadets, Morgen Bardell. The cadet team was led by Chloe Andrews with Jared Chelski and Jamie Morgan in support.

Tables from the first day are expected shortly but it was a good day for the cadets in division three who came through upbeaten with wins against Britannia Sparrowhawks B, Tollgate, NETTS and Bedford Modern B. The detail: 6-0 against the Sparrowhawks side although not without some drama with Chloe having a tough opening match against McKenzie Lowe. It went to the wire in the fourth game with Mckenzie 2-1 up in games and leading 8-6. Chloe sneeked through 11-8 and then gave a composed performance in the final end, opening up an early lead and was never challenged to a 11-4 win in the fifth. All the other matches were secured without drama 3 straight. Jared and Jamie having good starts to their first time in this competition. 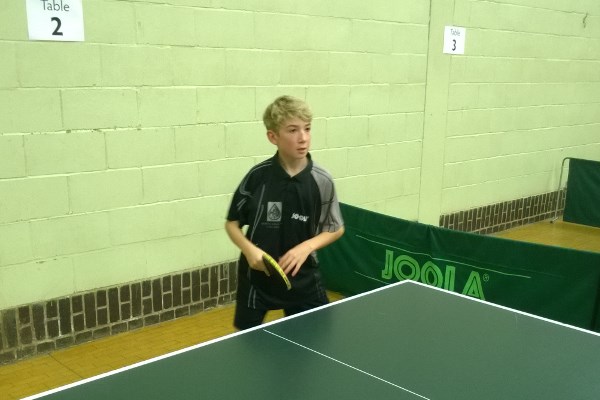 Tollgate's young players are also playing in the Colchester League and so have some league experience. On this occasion though Rowhedge were just a bit too strong. 6-0 the final score although the scores hide some close fought rallies and scores.  Quietly through the three matches played so far Jamie Morgan had remained unbeaten. There was concern at one point when he received a direct hit in his left eye from a miss hit ball. But, after composing himself, and some rapid blinking he came through his match against Callum Wilkinson.

Final match was against Bedford Modern B and it would be between these two sides who would gain promotion. A draw would be enough for Rowhedge but the players were keen to secure their fourth win of the day. Chloe led from the front and with another 5 game battle took the first match, 11-13, 11-8, 11-6, 6-11, 11-9 against Ram Dinakar.  Jared added to the tally with a straight win against Ryan Lamin and Jamie followed suit with a 4 game win against Alex Smith, dropping his first game of the day. Hhloe continued her routine for 5 game battles, this time against Ryan, 11-8, 7-11, 8-11, 11-9, 8-11. First and only win for Bedford Modern as Rowhedge took the final two matches, Jamie beating Ram and Jared beating Alex.  A great team performance, dropping just three matches during the day. Day 2 and Division 2 beckons.

The juniors were without Lewis Bardell and Lauren James in their lineup on day 1 and as already mentioned Morgen Bardell moved up from the cadets as cover. Bedford Modern first up and we secured a draw with Sam Hume taking two wins and Cameron Simpson earning his first win in the competition against Usman Subhani, 11-7, 9-11, 13-11, 11-9.

Matches followed against Lowestoft with Sam recording two wins, Cameron came so close to taking a win against Rory Holland and a little more match experience will see him win through encounters such as this. The tight scoreline being 11-6, 7-11, 11-8, 5-11, 7-11. Stowmarket was also a 2-4 reverse, Sam recording the wins with Cameron continuing to collect valuable tactical match experience. Britannia Sparrowhawks were the final side faced and they were reduced to two players, so we started 2-0 up in this match. Sam duly won his two against Daniel Shelley and Alex King. Morgen had his best match of the day going so close to beating Alex King. He took the first two games 11-7, 11-9, but could not quite get the win losing the next three games 6, 4 and 7. Good experience learnt but a tough first day for Cameron and Morgen. Tables scores and player averages will be published on the Table Tennis England Region East Region website.