Rowhedge pick up a Cadet League Title at Stowupland 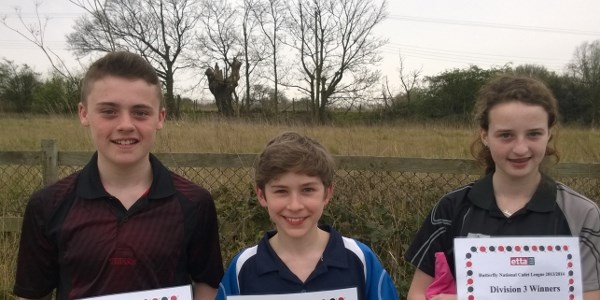 Two Rowhedge teams made the journey to Stowupland on 29/30 March for the final weekend of National Cadet League and National Junior League. The juniors were in action on the Saturday and with Josh Sidki and Jermaine Fearon being called up for County duty a very different side was turned out with Daniel Rhodes and Sam Hume being called into the side with team regular Lauren James. At the start of the campaign back in October Rowhedge had a chance of the title but with changes to the team during the four days of competition and especially with Josh and Jermaine missing on the final day, the team were playing for their pride and trying to secure the best place possible in the League table. 5 rounds of matches were in store although each team sits out one round with there being just five teams in the league. Rik James was on hand to corner the players with Rowhedge looking to improve on their 4 place in the league. 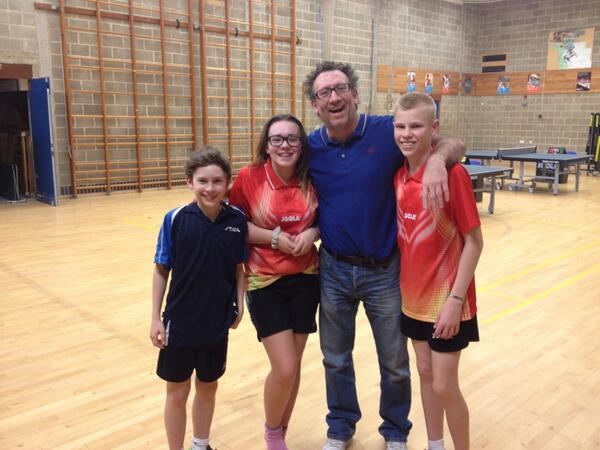 First match was against Wensum who were in with a chance of the title. Sam Hume picked up a good win against Josh Baker Dan Rhodes also taking baker to 5 sets but just losing out in that. 1-5 the final score. St Neots Odd Balls up next and Sam Hume once again carried the banner for Rowhedge with two wins. Both Dan and Lauren took sets off their opponents but were unable to pick up a win in this match. St Neots running out 4-2 winners. Round 3 (fast and furious this competition), and we were up against Stowmarket, who at the start of the day topped the league. However a different team were on display on this occasion and Rowhedge took full advantage with both Sam and Dan taking two good wins. Our first win of the day and a well earned rest as the team sat out round four of the matches. Round five, our final match, was against NETTS. A great team performance here with all our players picking up wins. Dan was the star with two wins collected against Joe Nourse and Sam Johnson. Sam also beat Joe and lost out in a five set match against Kian Burgess. Lauren James held her nerve to take a great win against Sam Johnson to secure a 4-2 win.

A good team performance. We remained fourth and it was perhaps a big ask to improve on that position.

On Sunday it was the turn of the cadets. We had three players available, Sam Hume (fresh from his matches on Saturday), Chloe Andrews and Morgen Bardell. The team had one weekend playing in division 2 but were now back in division 3 and in with a chance of winning the division. John Andrews was the corner man. Three rounds of matches but the difference to the junior competition being that all players play each other. The layout of the hall meant that two matches were played on three tables, the table sharing did mean that the order of matches was disrupted a little meaning players were required at times to play two matches in a row.

First up were Rougham Lions. All the Rowhedge players pick up wins in this match Sam with three to his credit including a good win against the dangerous Adam Reeve, Chloe and Morgen both beating Issac Cunningham to hopefully settle their nerves for the remainder of the day. Britannia sparrowhawks next and with a win in the first match a similar performance was hoped for. Sam duly delivered 3 wins, he was well on his way to an unbeaten performance. There were nervous matches from both Chloe and Morgen but Chloe did pick up a crucial win against Jack Pengelly.  So a narrow loss to Sparrowhawks, 4-5. Our final match was against the unbeaten St Neots Misfits. On paper a tough match. The division was still wide open though and we had a chance of taking the title if we could secure a good result. The match brought together the two unbeaten players on the day and it was Sam Hume who took the honours against Jack Leader. This was the first match on and it perhaps took some of the steam out of the St Neots side. Rowhedge then proceeded to open up a 4-0 lead with Chloe beating Isobel Davis, Morgen accounting for Lewis Bisby and Sam beating Isobel. Morgen had an expected loss against the more experience Jack Leader then Chloe beat Lewis Bisby with a very dominant display to secure the win and set up the opportunity to win the division. On the next table Rougham Lions were beating Sparrowhawks so it was looking light a points fight between Rougham and Rowhedge. Sam and Morgen then beat Lewis and Isobel respectively to make the match score 7-1. Final match for the team was Chloe against Jack and with the title secure Chloe unleashed a tremendous full attack onslaught against Jack.   It was a close tussle and Chloe pushed Jack to the brink, however, Jack held his nerve to come through in a close 5 set thriller.

Al the details of matches can be found on the ETTA site at the above link. A great team effort from the players and well done for taking the div 3 title!!