We had a very busy day at the Stirlingshire Closed Championships last weekend with 38 players in action! 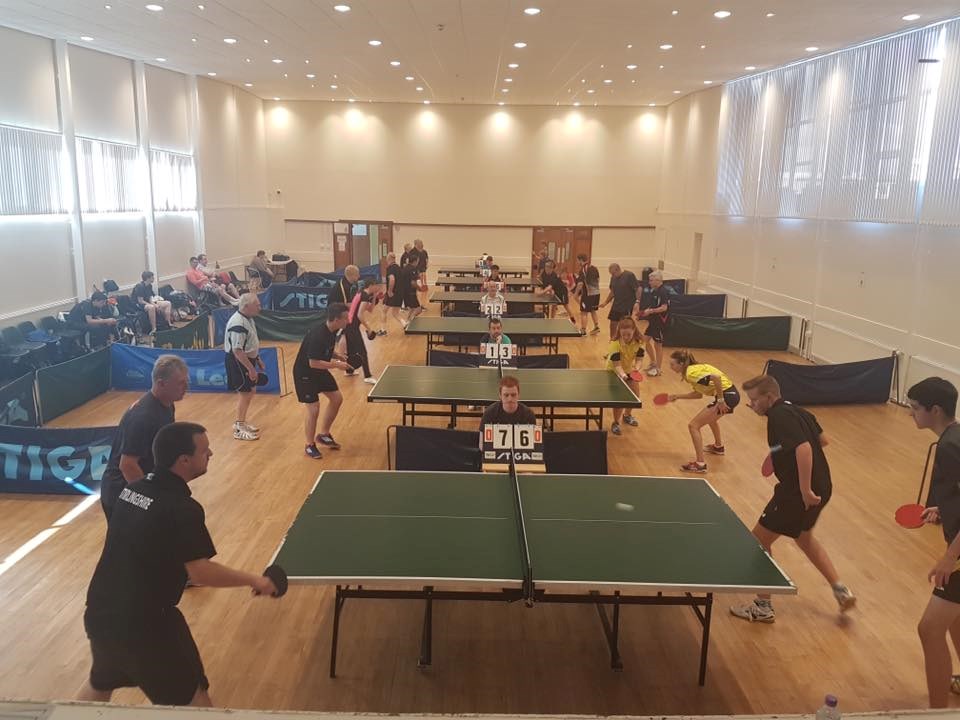 Jamie took the David Charleston Men's Singles title for the 1st time with a three set victory over former winner Conor. Jamie's road to the final wasn't without a scare though - the unseeded Steven Cooper pulled off a few surprises throughout the day and pushed Jamie close in the semi final, just losing in five. The other semi final was also a close affair with Conor recovering from a 2-0 deficit to see off Brian.

Lara retained the Ladies Singles title for the third year running (and 5th time overall!). She defeated Rachel in 5 close sets in a high quality final between two of Scotland's leading Senior players.

The Open Doubles saw some interesting early matches with a large field but in the end the final came down to the top two seeds. Rachel and Lara used their national competition experience to see off top seeds Brian and Marc by 11-9 in the deciding set.

The younger events were also very closely contested. In the Cadet Singles top seed Leon took the title but not without a few tough battles. He was pushed to 5 sets in the semi finals by the fast improving Lewis and defeated Blair by 3 sets to 1 in a good final.

In the youngest age group the title also went to the top seed - Lewis defeating Harry by 3-1. It was good to see a few new faces to the championships in this event!

In the Charles Gillespie Junior Singles there were a few surprises along the way. Cameron defeated Yubo and Andrew on his way to the semi final where Rachel proved just too strong. In the other semi final John pulled off the biggest surprise of the day defeating top seed Jamie deuce in the 5th. Unfortunately due to the 4000 games we had to play (haha!) this final had to be delayed as the fitness class were waiting to get in...this will be played at the Grange on a club night soon.

Big thanks to everyone who attended  - the entry was the biggest we can remember. We also appreciated your patience as we had a lot of games to get through and apologies for the end being a bit manic - although one game not being completed with 38 players, 6 different events and only 6 tables isn't too bad I suppose! Also massive thanks to Raymond Bond for assisting with the league presentation; Cat, Jayne, Morag and Fiona for the canteen and raffle (we raised a massive £155!!); everyone who umpired and helped set up the hall and Rachel for her help on the top table. 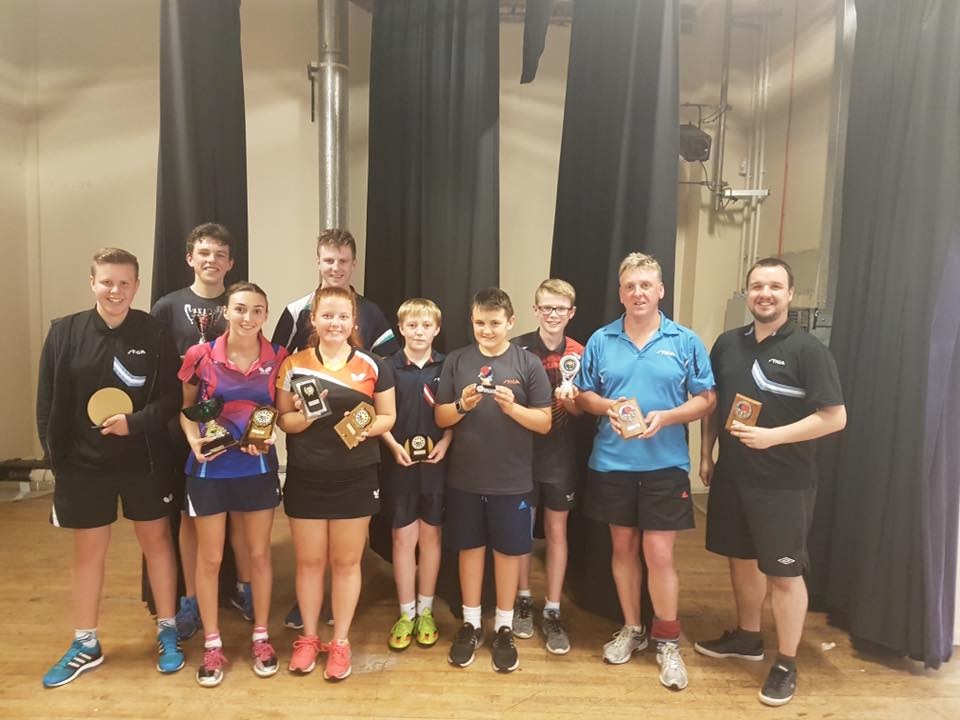