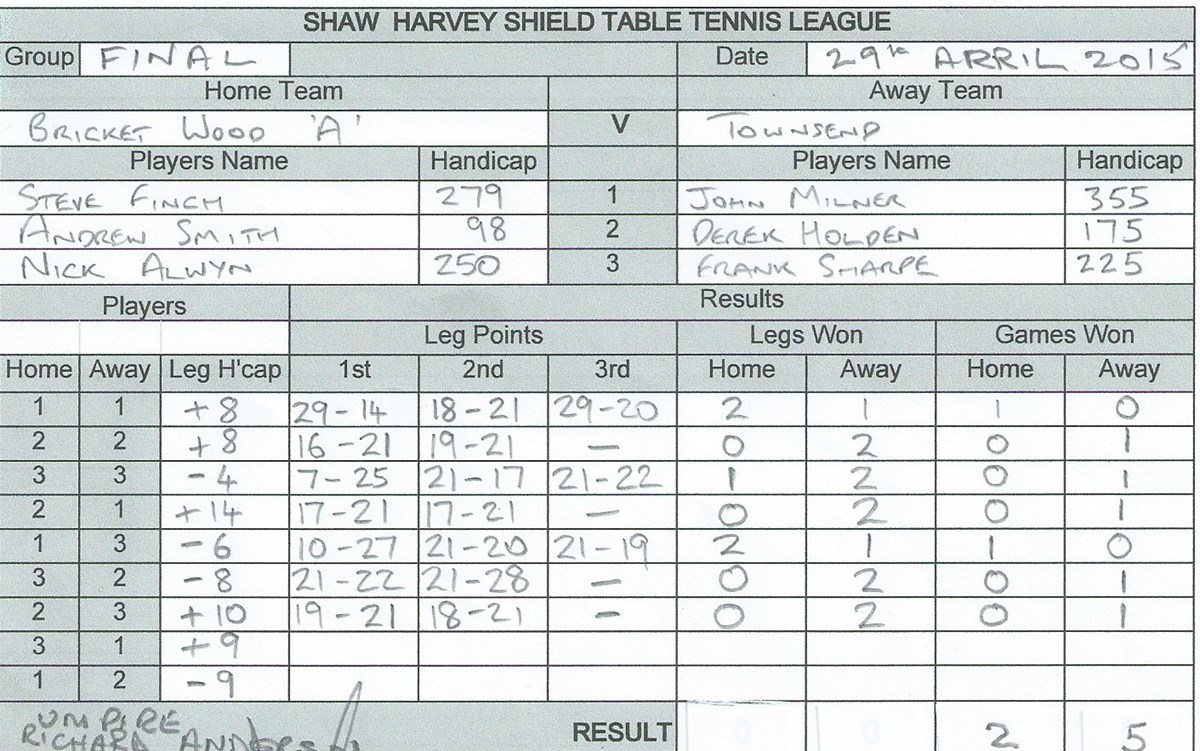 Semi final results Blow by blow.
Both matches deserved to be watched as finals. Nail biting!
de Havilland ‘A’ was a tad unlucky as Townsend came back from the dead to get a draw and then dead heated with legs. Both captains then went into a huddle with the battle torn result card to search out all the points.

In the second match, great stuff on a thread from Bricketwood ‘A’ as  Radlett ‘A’ just ran out of steam . 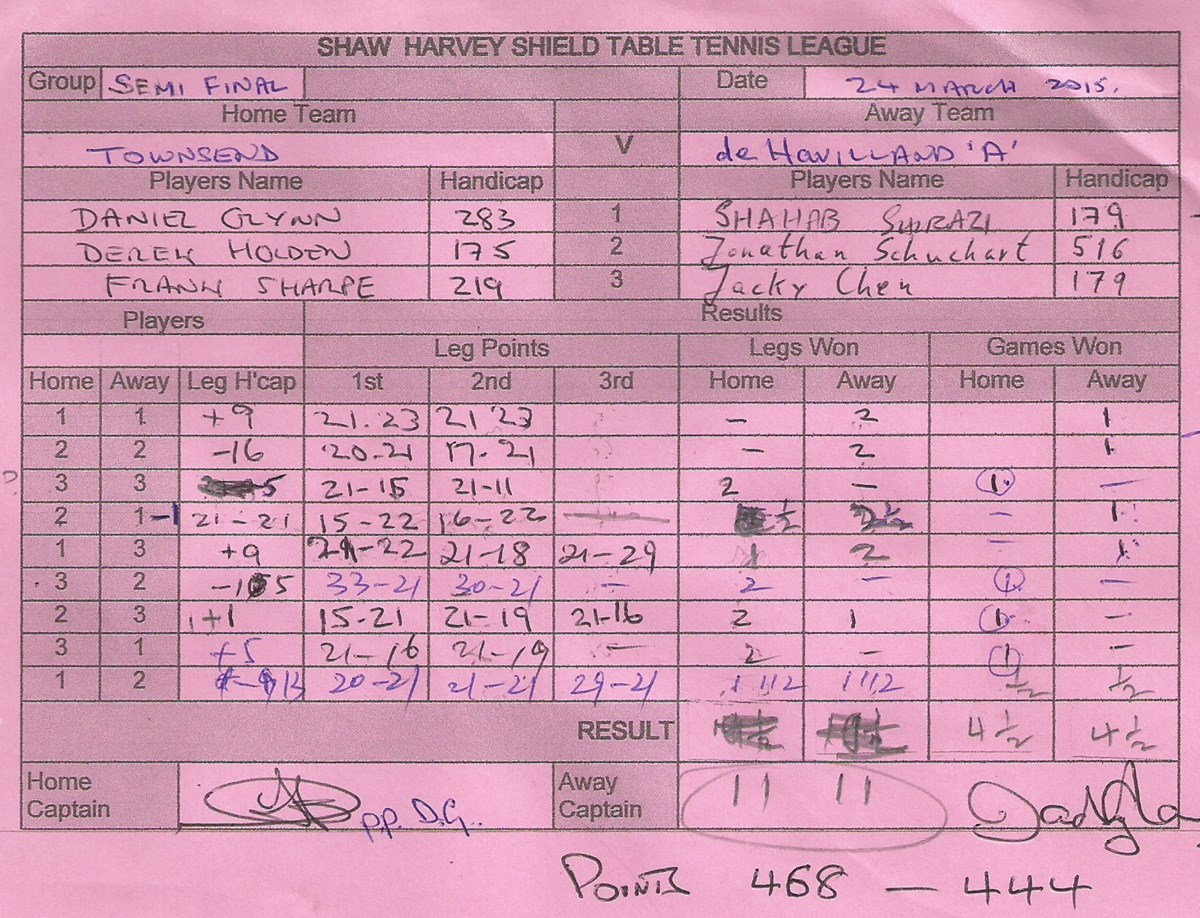 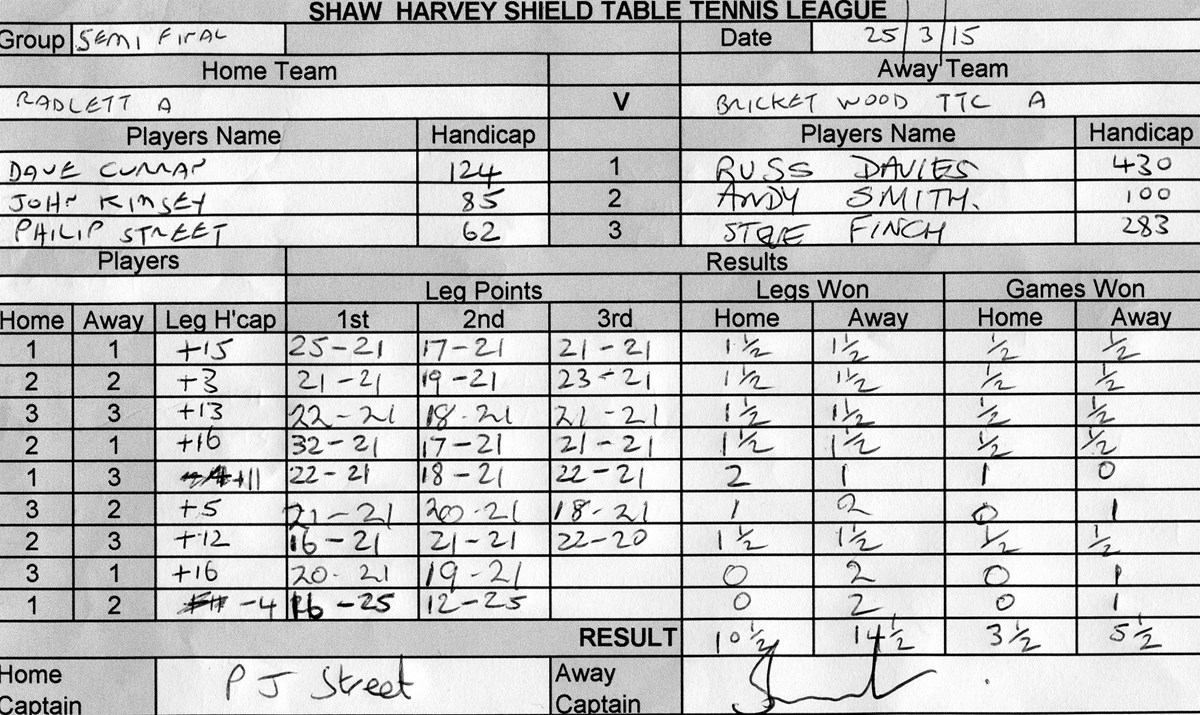