The League was put on hold for the week as the first round of the Team Handicap Singles Challenge Cup got under way.

Holders of the cup for the last 2 seasons, Torbay Academy I, led by Kris Piwowar, started the new campaign looking for their third title in a row and easily defeated their 4th side 5-0 in their opening match.

Taverners had an easy 5-1 win over Brixham Diamonds, as did Denbury Tykes over the Torre Nadoes, also 5-1.

A close encounter between Marldon Tykes and Brixham Panthers ended with the Panthers sneaking home 5-4, having been 4-3 down, thanks to a fine performance from Issy Brown winning her 3, and to Kevin Salt for holding his nerve and clinching the match with a final singles win over Frazer Warwick.

NA Eagles came up against an inspired George Breyley who led his Marldon team from the front, turning back the years, attacking really well, winning his 3 sets and helping his team win the match 5-3.

NA Buzzards had both Kelvin Cheung & Albert Gomez in fine attacking form against a battling Dawlish Drifters, the Buzzards winning the match 5-1. 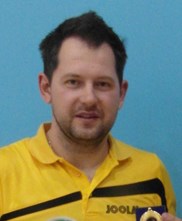 Kris Piwowar, Torbay Academy I – attempting to lift the Challenge Cup for the 3rd successive year 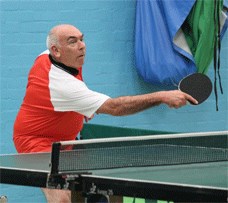 Of the two League matches which did take place, Brixham Pirates hauled themselves off the bottom of the Second Division with a 6-4 victory over Torbay Academy III, Brian Pengelly getting a maximum for the Pirates.

In the 3rd Division Torre Warriors came away from Brixham with a fine 8-2 win thanks to maximums from Peter Heathcote & Lewis Lavery.