The South Devon & Torbay Table Tennis League sponsor, Albany Florists's Sonja Ryland, was there to present the awards to the winners as well as collect a few herself! 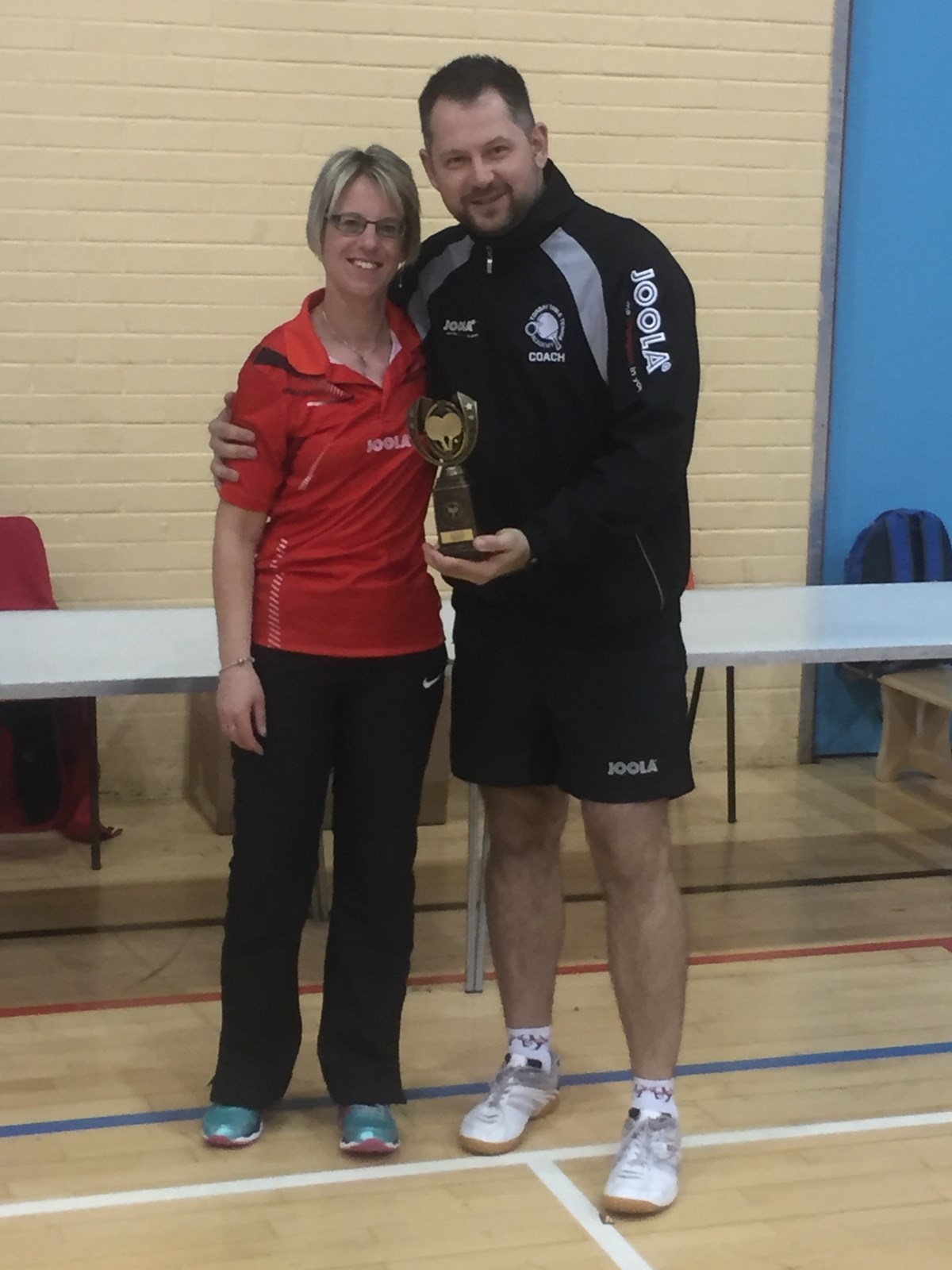 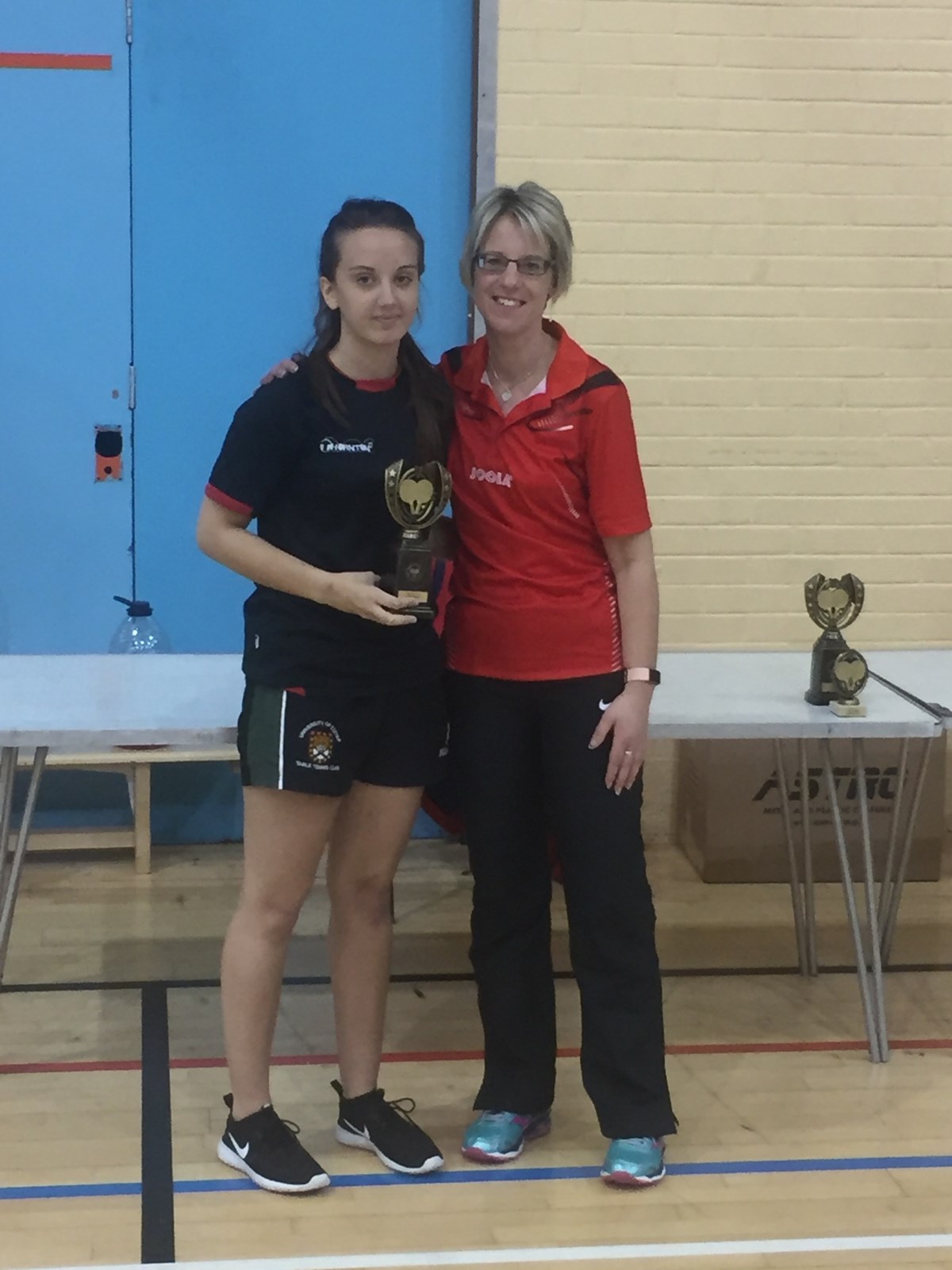 The Mens Doubles was a hard hitting affair between the holders Patrik Cincala & Kris Piwowar and a new pairing of Dennis Gibbs & Jon Cheung. In an entertaining and competitive encounter Kris & Patrik retained their title for the fourth successive year winning 11-9, 12-10, 15-17, 11-9. 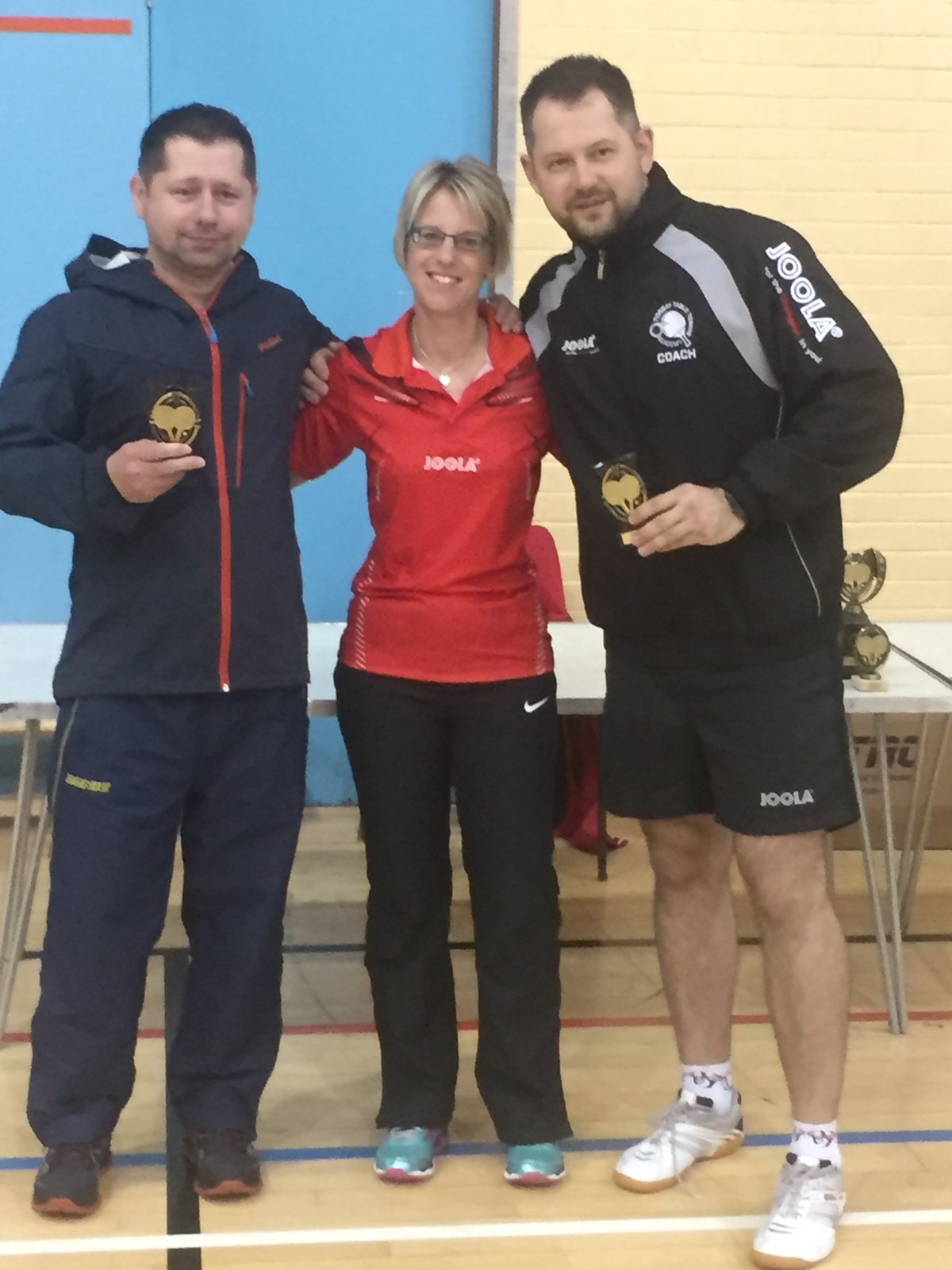 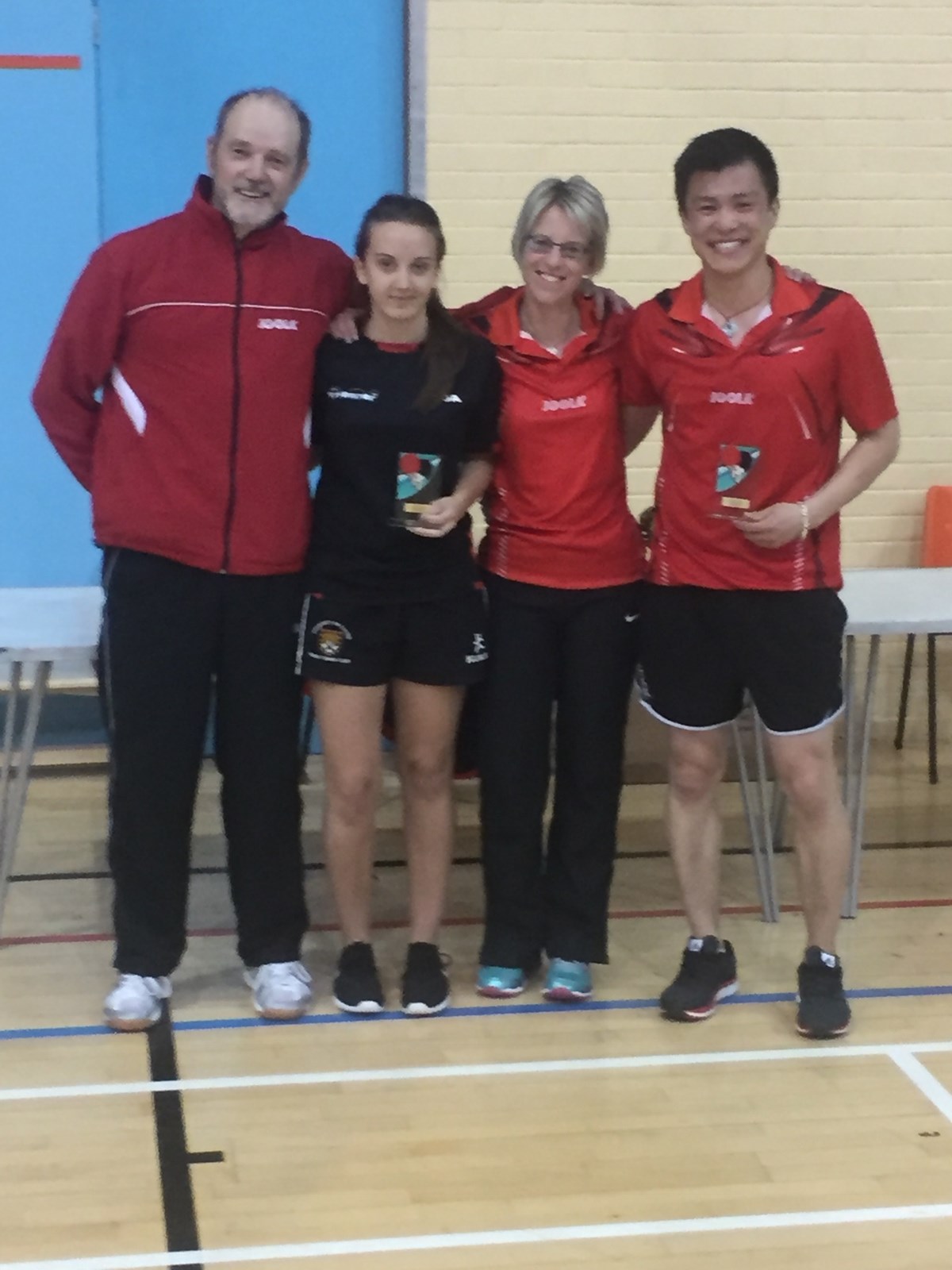 The Junior events were dominated by 9 year old Jakub Piwowar who won the Under 11, Under 13 & Cadet age groups and was only very narrowly beaten in the fifth game by Michael Hernandez in the Junior (under 18) event. Jakub beat Lucas Bradshaw in the Cadet final and Rowan Bayliss in both the under 13 & under 11 age group finals. Rowan Bayliss collecting silver medals & Jakub's younger brother, Kacper Piwowar, picking up bronze medals, in both the under 13 & under 11 competitions. 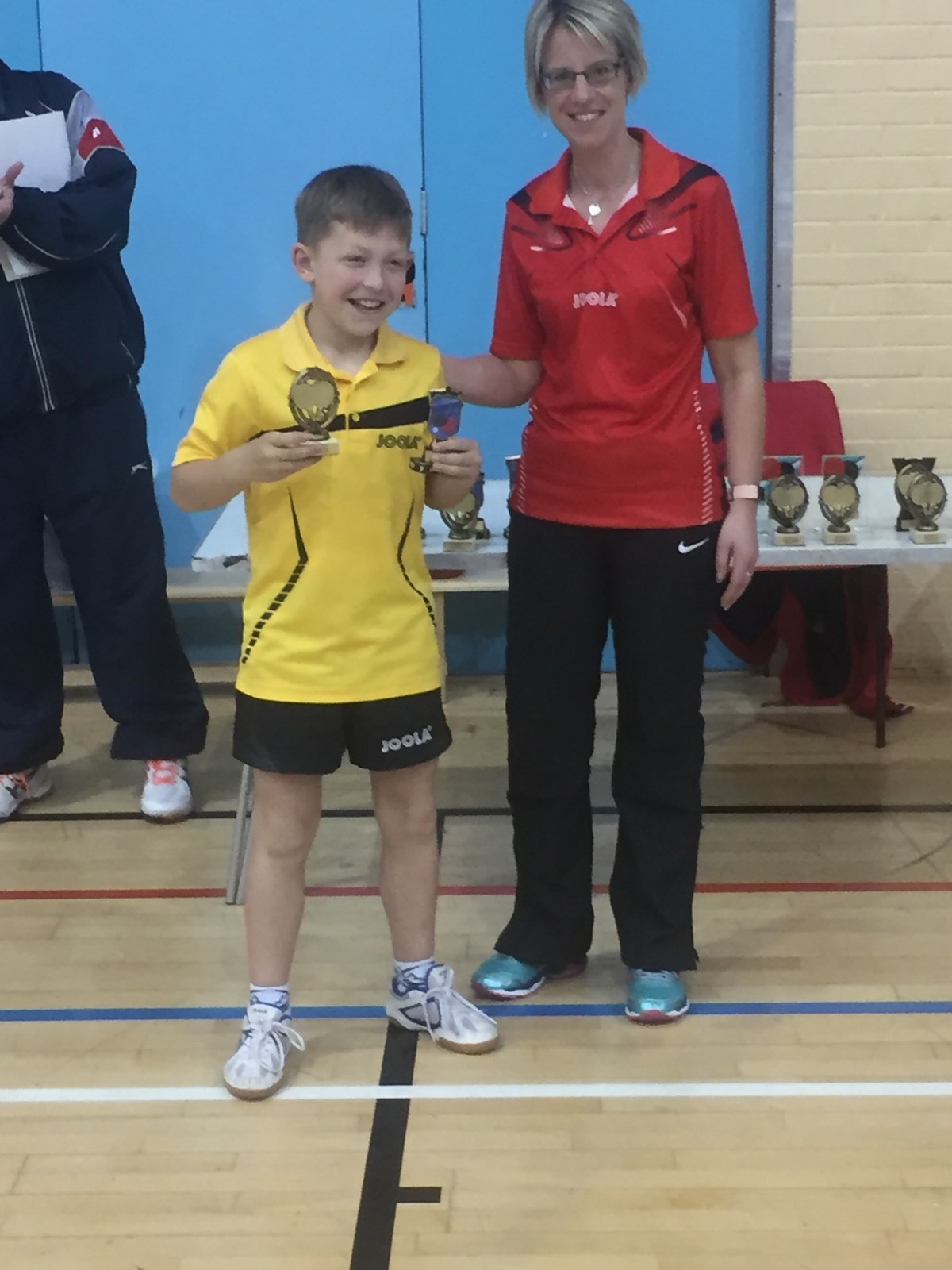 Jakub Piwowar with two of his many awards 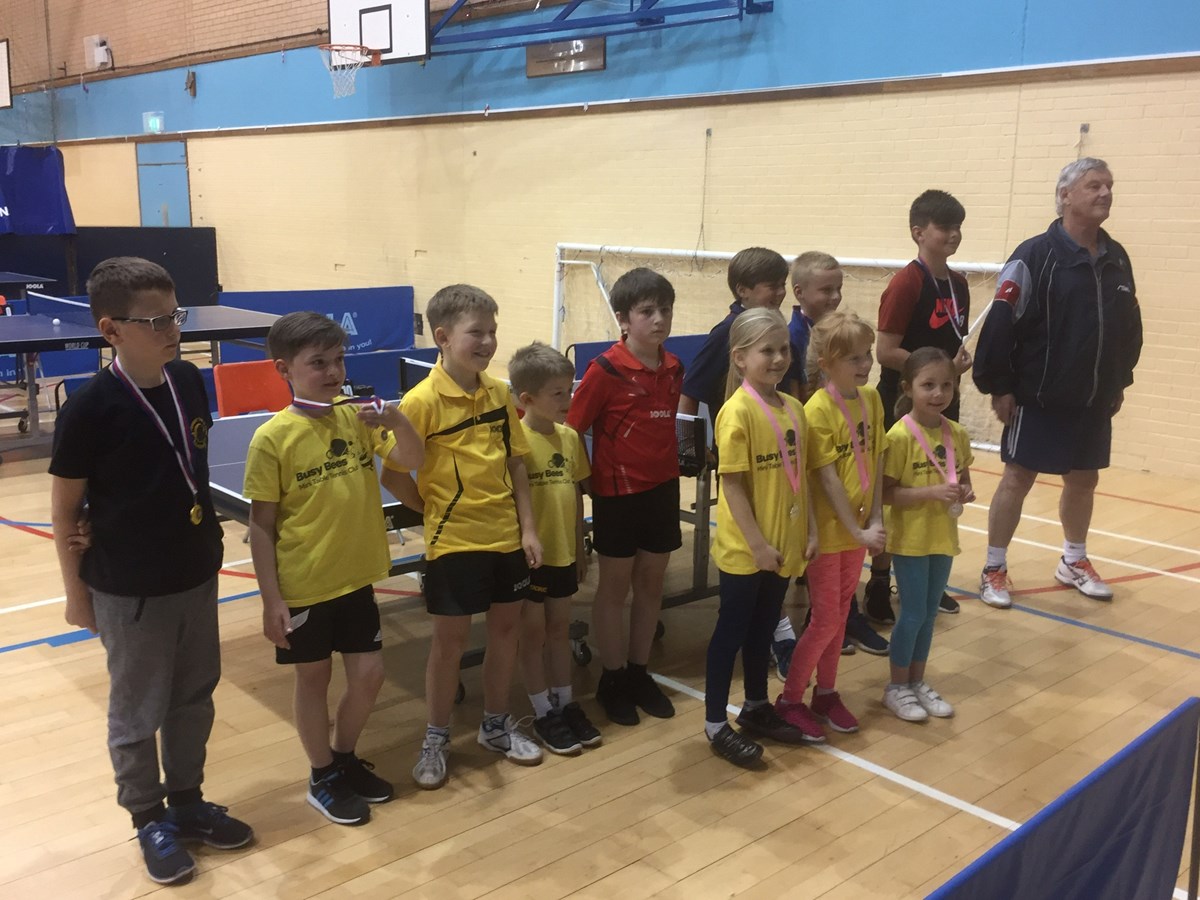 Under 11 & Under 13 competitors with League Chairman, Geoff Read

Not content with winning just the junior events, Jakub Piwowar went on to win the Division 3 singles event beating Ben Hoare in the final 11-8, 11-4, 11-4. 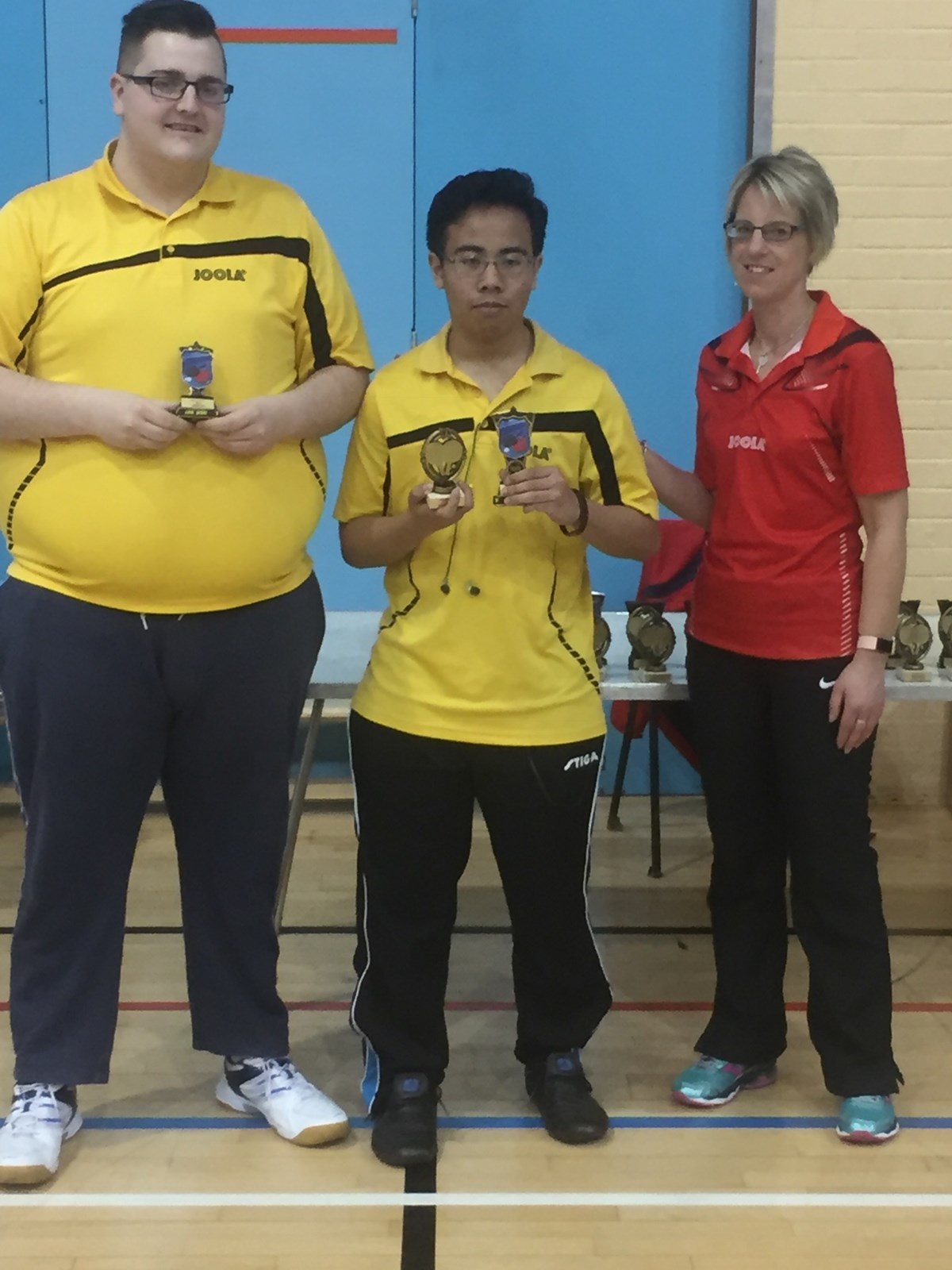 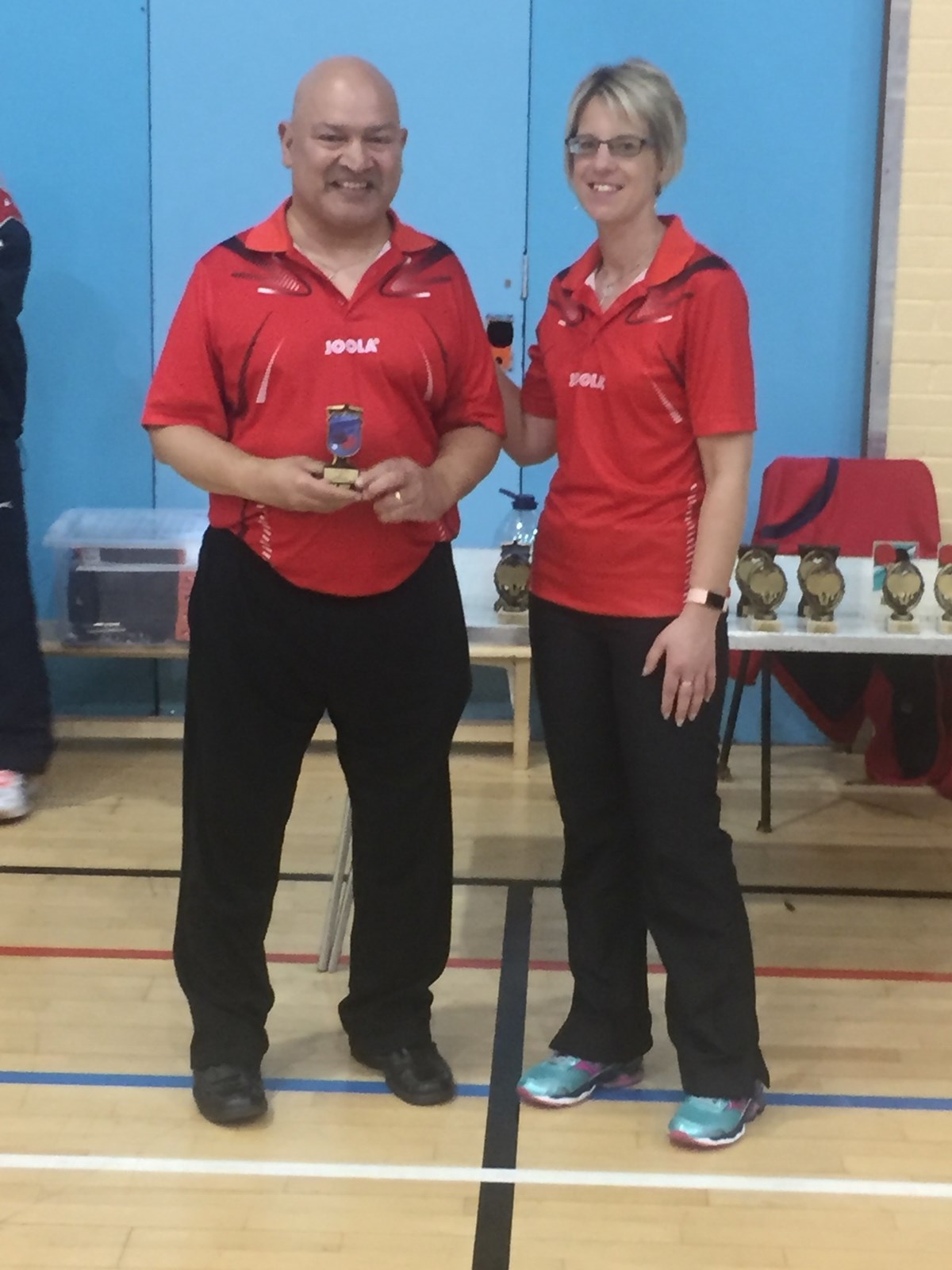 A great day of table tennis, run very efficiently and well, by Nick Halse.  Thanks Nick.

Check out more photos from the day in the gallery