Finals and Awards Night
The Newton Abbot Racecourse was the venue for the first Finals and Awards Night in recent years.  The Finals of 6 events from the Annual Closed Tournament held last Saturday were played off in excellent surroundings to a large crowd of almost 100 local TT enthusiasts.
As well as 6 excellent matches, awards were handed out to many of the successful teams and players over the 2018-19 season.
The first event of the evening, the Veterans, saw the current holder Patrik Cincala, who has won the competition for the last 3 seasons, against seventeen times winner Dennis Gibbs.  Gibbs triumphed this time, winning back the trophy 14-12, 11-9, 11-7 in an open hard hitting confrontation.

Event two was the mixed doubles, NA Buzzards pair of Sonja Ryland and Kevin Nicholls looking to win the event for the third time, their first win being back in 2002, against a new pairing, NA Batmen, Shaun Gibbs and Naomi Jackson. In a close match which could’ve gone either way, Naomi & Shaun came back from 4-1 down in the fifth to triumph 15-13, 8-11, 11-7, 6-11, 11-6.

Match three was an all Brixham TTC affair, as Allen Pack took on Stuart Shipley in the Division Two Final. Stuart winning through 11-2, 11-13, 11-3, 11-6.
In the Men’s Doubles, event four, the NA Batmen father and son team of Dennis and Shaun Gibbs took on the NA Condors father and son team of Giles and Yannick Tushingham. A brilliant encounter with both teams attacking hard, the Tushinghams took the first leg, but the Gibbs partnership, who won the title four times in a row 1999-2003, eventually winning, 10-12, 11-5, 11-9, 11-7.

Next up was the Ladies Singles between Sonja Ryland and Naomi Jackson. Sonja looking to retain the trophy and win the cup for an 8th time, Naomi looking for a third triumph. Naomi started well but Sonja fought back, however, in the end Naomi’s accurate attacking play won the day, 11-4, 11-8, 5-11, 11-9,

The best was saved for last as Kevin Nicholls took on Patrik Cincala in the men’s singles final for the Burton Cup.  The contrasting styles was always going to make this an entertaining final, with Patrik’s controlled attack up against Kevin’s spinny defence. Patrik, looking to win the cup for the first time, was working incredibly hard trying to hit through Kevin’s brilliant defence, but Kevin kept getting the ball back. In the end Kevin wore Patrik down, and on the sixth match point won 11-8, 11-8, 18-16. Kevin’s second Burton cup success exactly 20 years on from his first!
A superb evening’s table tennis, and an event which should become a regular in the South Devon and Torbay Table Tennis League’s calendar.

Many thanks to all the competitors, award winners and spectators for making it a great occasion, with particular thanks to everyone who contributed some very generous draw prizes, to Sue, Ellie and Helen for the superb cakes, Nick for transportation, George for doing the mc bit and umpiring and last but not least our league sponsor, Sonja Ryland (Albany Florists) for presenting the awards. 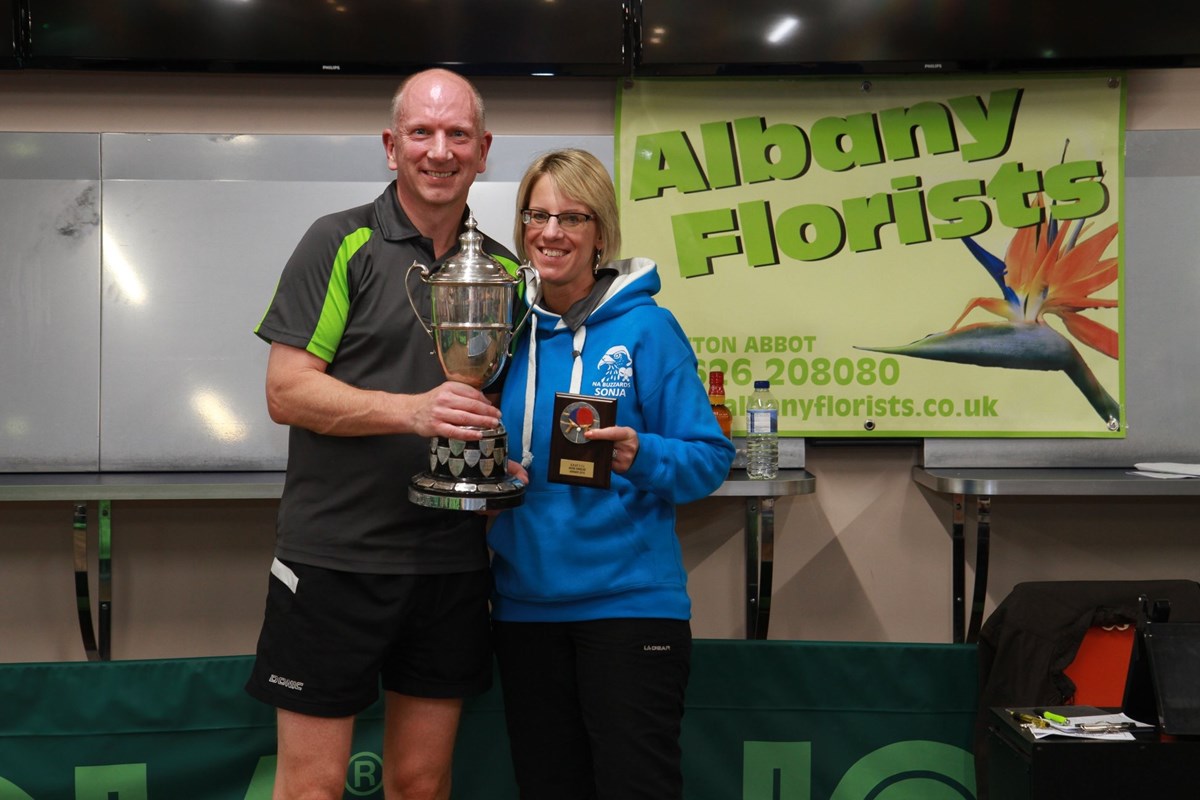 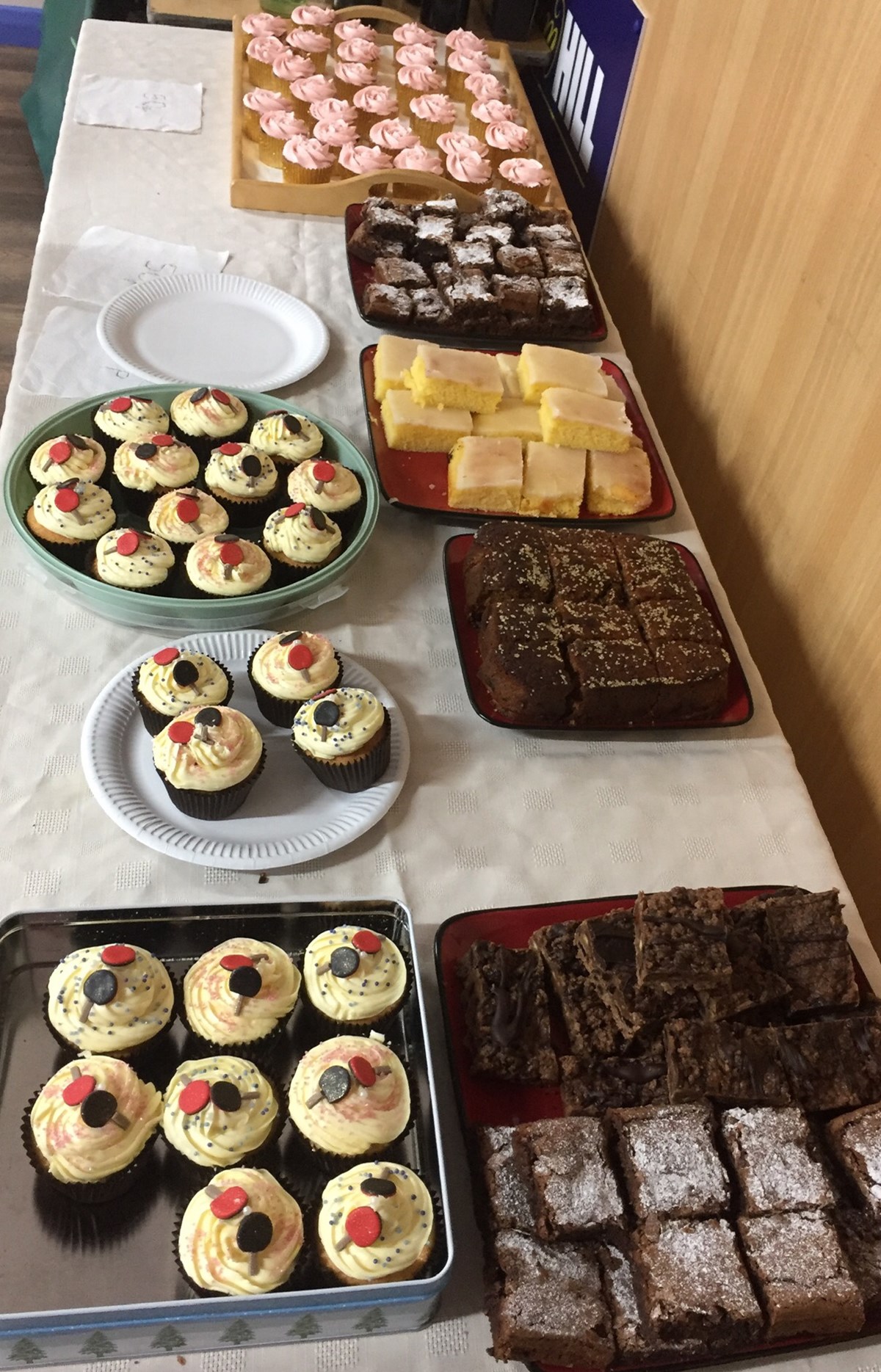 More pics from the evening will appear in the gallery over the next few days.