The morning started brilliantly, the Essex 3 boys and 2 girls won 10-0 against Cambridgeshire. The format was each player plays 2 singles. After lunch against the favourites, Middlesex, Essex lost 3-7 with neither Justin nor Matt managing to score despite some cracking games against a top county side. 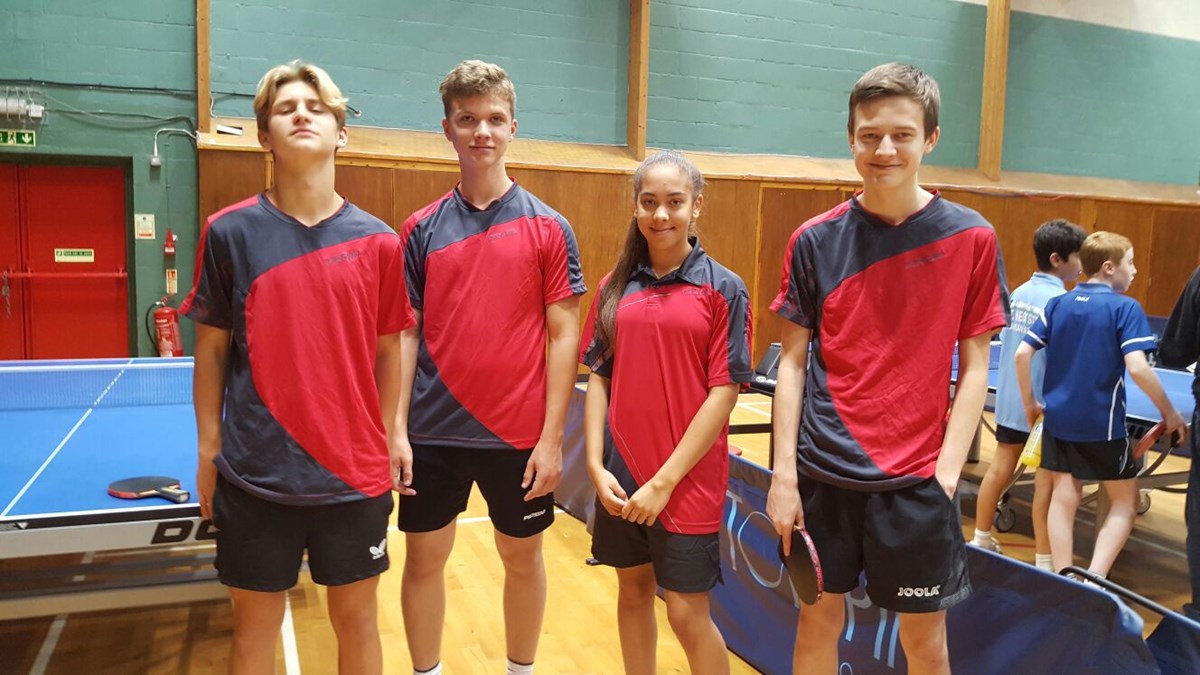 The last match was against Suffolk. Suffolk's lowest England ranked player was higher then our highest ranked player so it was an uphill task. With a mixture of fantastic play and grit we were 4-0 ahead. Matt S beat a player, Daniel Shelley, 138 England positions above him 3-0 by playing some brilliant controlled attacking play. Justin was unlucky in the last game against Kian Burgess, ranked 42 in England, Justin was leading 2-1 but finally lost in a close 5th end. The final result was an fantastic draw, 5-5, against an excellent team.