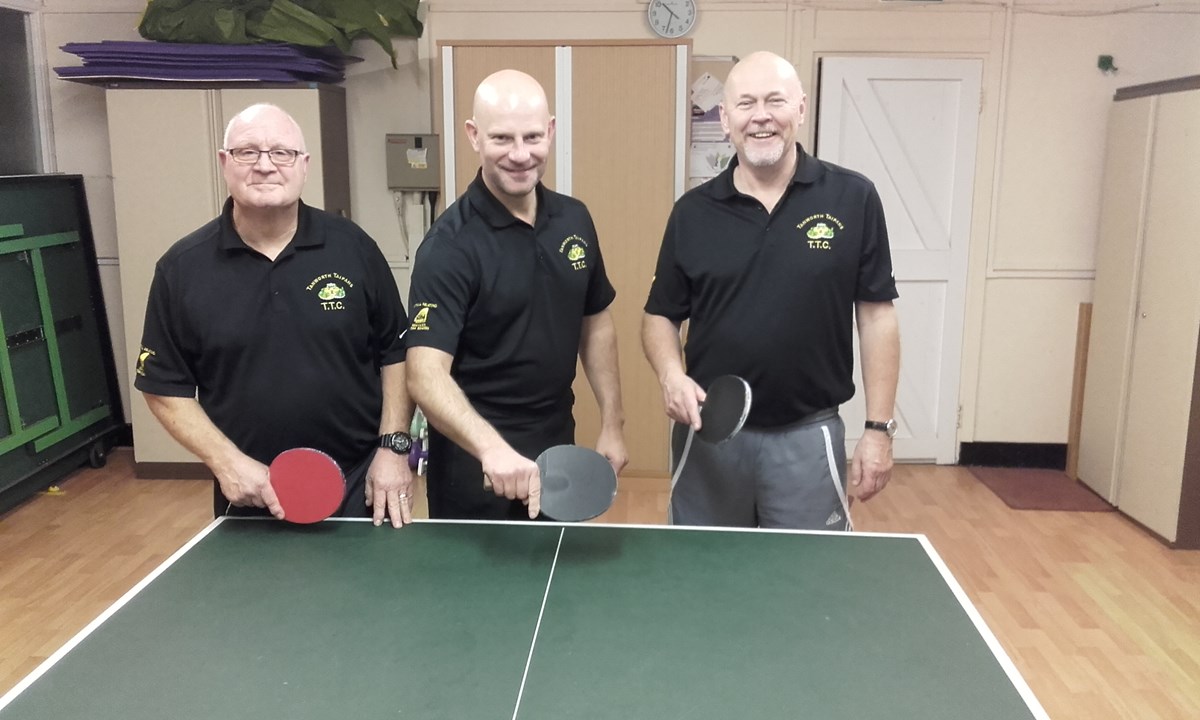 Henley Pasties brought in Sam Henderson for their table-topping encounter at Shottery A but, although he produced a treble, it wasn’t enough to prevent the team sustaining a 6-4 defeat. Gary Stewart and Stephen Foster earned braces for the hosts as well as notching the all-important doubles. John Price added their other  but lost out to Tom  for what was Pasties’ only addition to Henderson’s haul.

In a close encounter Tanworth Taipans came away from with a narrow 6-4 victory in which, unusually, all six players got on the card with none enjoying a perfect evening. The visitors’ Mick Welsh and Dennis came closest by earning braces and doubles success, but lost out to Mark Jones and Peter Florence respectively. Tim Lawrence added their vital sixth win after participating in all three sets to go the full distance. He was two games down to Florence but then found his attacking form to claim the honours, and also levelled another deficit against Jones only to lose the decider. In contrast Lawrence won the first two ends to Malcolm Smith, although the farmer fought back to force a fifth where he trailed 7-3 before recovering to win a dramatic concluding game 16-14.

It was the same final score on the adjoining table where Shottery C narrowly overcame Veterans. Rob Poole’s complete performance provided the backbone to the Villagers’ win and Kevin Taylor recorded two successes. However he was made to work hard by George Mudie who overcame loss of the first two games to force a decider. Taylor also went to the wire with Brian Marston before the Veteran emerged victorious despite earning two points less than his opponent over the course of their set. David Lincoln-Lewis was unfortunate not to add to the hosts’ tally after taking Mudie to a fifth game, and being on the end of three 12-10 defeats in his clashes with Marston and Mark Kingham.

West Warwicks also enjoyed a 6-4 win when they entertained Shottery B. Alison Stewart led the way with a treble although she was taken to the wire by Tim Fell. Andy Rowland added a brace and looked on course to go one better after securing a lead against Gareth Hepworth only to lose out 13-11 in the fifth. He did, however, have the consolation of attaining the crucial doubles with Stewart in another contest to be settled in the decider.

For the second time this season honours were even between Henley A and Blazing Paddles for whom Nello Mauri was on top form recording a treble and the doubles with Harry Azima who also gained their fifth point with a narrow win over Geoff Shepherd. Half of the evening’s sets went the full distance and Azima was unlucky not to add to his tally after being squeezed out 12-10 by Peter Quince. Don McAdam and Quince went home with braces for the villagers with Shepherd ensuring their team secured the draw.
Author: Mike Evetts via Stratford-upon-Avon Table Tennis League
Article Published: Sunday 15th January 2017
Last Updated: Saturday 21st January 2017