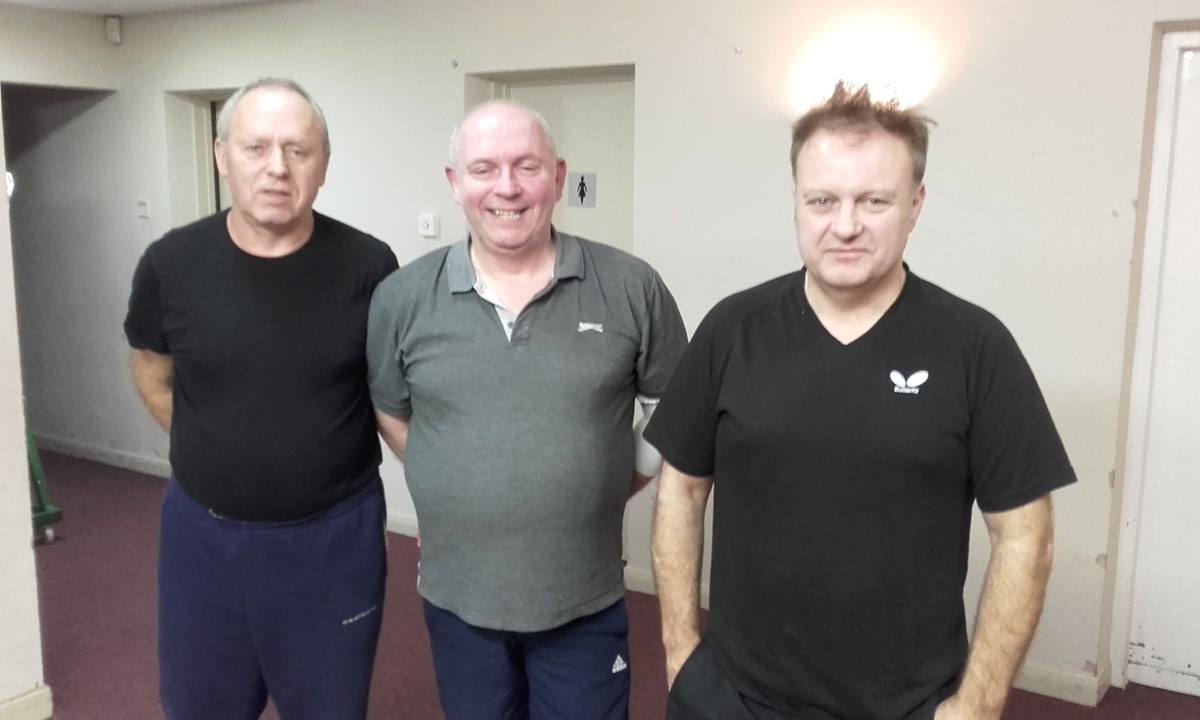 Having only conceded five games in their opening six fixtures Shottery A got off to a disappointing start against Henley B. Play commenced with the doubles, where their usually dominant pairing of Gary Stewart and Stephen Foster recovered from an initial two-set deficit to Robert McCluskey and Andy Rowland, only to lose the decider 11-9. The league leaders then suffered a further setback when Graham Poole, who was on the receiving end of a series of unlucky nets and edges throughout the evening, was defeated by Dave Milton. However Stewart and Foster were able to put aside their doubles defeat to lead a recovery by registering trebles. The unlucky Poole couldn’t add to their haul when, in the only singles contest to go the full distance which produced the most competitive best table tennis of the match, he was narrowly overcome 13-11 at the final hurdle by Rowland.

Henley B enjoyed a more successful outing when they travelled to where McCluskey and Stuart Latham-Marr were both undefeated. Milton produced a but was prevented from making it a clean sweep by Mark Jones who gained some consolation for the farmers in the only encounter to go to the wire.
A perfect performance by Nello Mauri provided the backbone to Blazing Paddles 6-4 success at Ashorne. Wilf Chan and Dave Fordham added further wins, but neither able to overcome Roger Pye or Steve Bolton who each earned two points for the villagers, although Fordham came within a whisker of increasing his tally before narrowly losing out in the fifth set to Bolton.
Snitterfield boosted their title hopes by conceding just three sets in their 10-0 win over Veterans with John Price, Alan Cotton and Don McAdam all untroubled.
Ron Shakesheff marked his first appearance of the season for Shottery B with a treble when they took on Tanworth Taipans. Gareth Hepworth also claimed his three singles games together with success in the doubles with Shakesheff. Wilf Chan recorded a brace after being involved in both encounters to be settled in the decider. He narrowly defeated Tim Lawrence and, in his final game, looked set for victory against Mick Welsh after taking a two-set lead. However, Welsh then raised his performance to ensure the Taipans didn’t finish empty-handed.
Author: Mike Evetts via Stratford-upon-Avon Table Tennis League
Article Published: Saturday 18th November 2017
Last Updated: Thursday 23rd November 2017