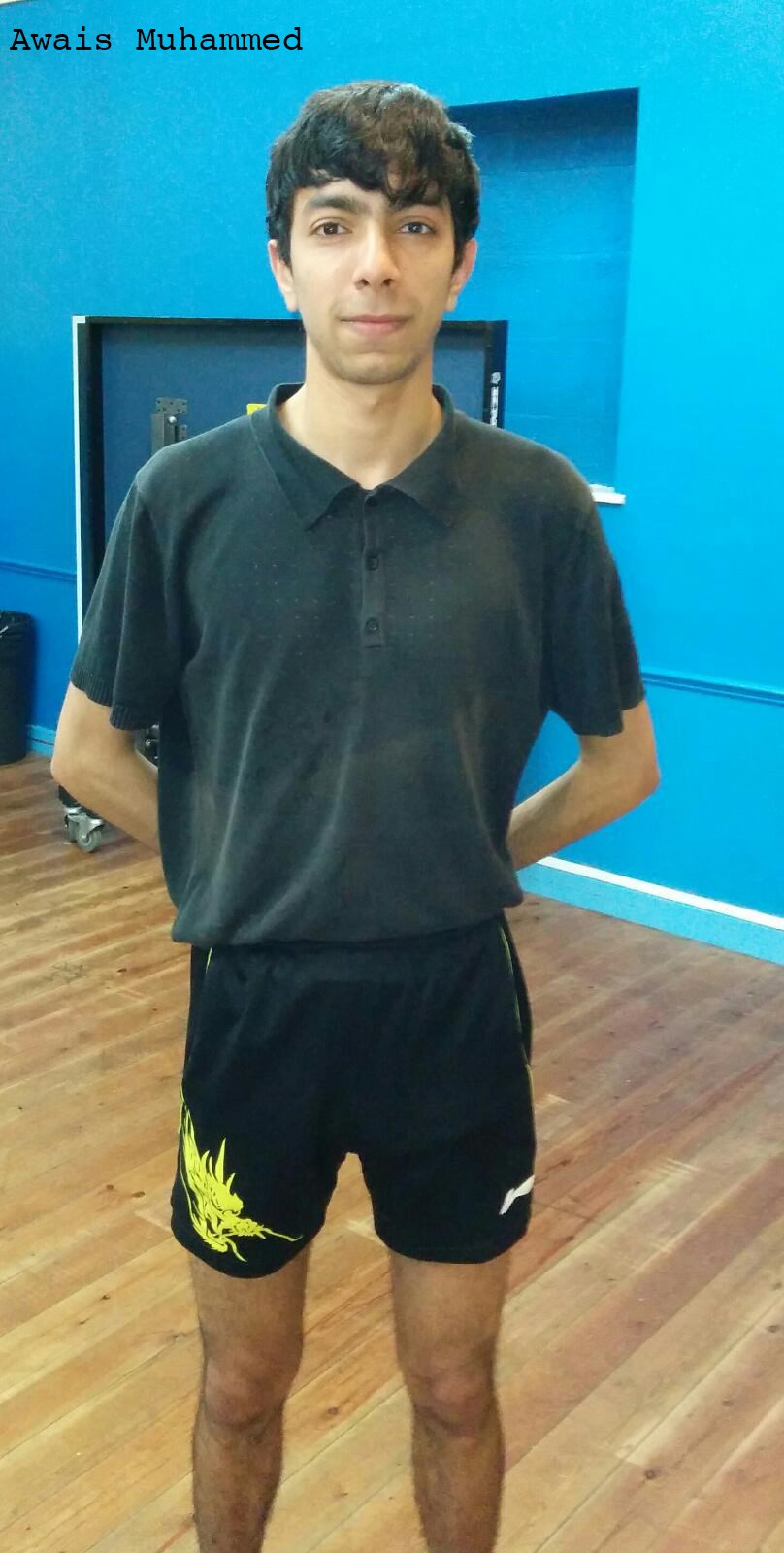 Honours were even when Colebridge Pasties entertained Shottery B in a thrilling encounter between two well matched teams. The hosts found themselves 4-1 up at the break, but it was their opponents who took greater strength from the half-time refreshments to launch a magnificent comeback. Shottery’s Awais Muhammed recorded a treble to be the deserved Player of the Match, with their other wins coming from Tim Fell and Birmingham League chairman Steve Smith, who was making his Stratford debut, while Mike Credland and Tom Shortley notched braces for Pasties. The final two encounters of the evening, which were among five to go the full distance, produced some particularly scintillating table tennis. In the fourth set of the doubles Credland and Shortley were facing game point to Smith and Muhammed when they hit a sudden purple patch to win the next six points before going on to clinch the decider. The finale between Shortley and Muhammed proved a classic as the latter’s fleetness of foot and decisive forehand saw him overturn an early disadvantage to claim the honours.

Current champions Shottery A have made a slow start to the season after following their opening defeat with a draw when they travelled to Colebridge Bulldogs. The returning Gary Stewart recorded a treble and partnered Stephen Foster to clinch the doubles. Foster added their important fifth victory, and was unlucky not to add to his tally after narrowly losing to Chris Welsh in the fixture’s only five set encounter. Welsh and Mahroof Hussain each went home with two wins for Bulldogs with Dean Hicks also getting on the card.

Snitterfield top the table after imposing the whitewash upon Veterans with Clive Irwin, Alison Stewart and Don McAdam conceding just two ends during the fixture.

Henley B were only able to field two players when they visited Ashorne but it was enough to earn them a share of the spoils. Robert McCluskey and Tony Seymour each registered braces, as well as successfully combining in the doubles, although neither was able to overcome Ashorne’s Roger Pye.

Blazing Paddles began their campaign with an 8-2 win at JLM Troopers where the opening two games proved the most competitive. The visitors’ captain Nello Mauri let slip a two set advantage before recovering to defeat George Clarke in the decider, despite scoring five points less than his opponent over the course of their encounter. Henry Clarke was then also unlucky to lose out over the full distance to Chris Dickens. However George was able take comfort by gaining victory in his remaining games, but they were all the Troopers were able to muster as Mauri finished with a treble with Dickens and Dave Fordham earning braces.

Nigel Payne gave Henley A the perfect start at JLM Hussars, but thereafter the evening belonged to the hosts who maintained their challenge for honours with a 9-1 victory. Kevin Taylor and Jonny Lyons were both untroubled while Chris Dyson added their other two points.