from the exquisite mahogany escritoire belonging to Peter Florence :

However, when playing for Stratford A against Blazing Paddles, he was made to work hard by Chris Dickens before overturning an initial disadvantage to claim their game over the full distance. Dickens experienced contrasting fortunes in the only other contest to go to a decider where, after letting slip a two set lead against Richard Grover, he recovered to gain victory in the fifth. Grover added two wins for Stratford A, as well as sharing doubles success with Boyd. After a late call-off Robert Bartkowski was drafted into the team at short notice and delivered his best performance of the season by acquiring a brace, although he was denied a hat trick by Wilf Chan who thereby added Paddles' second point.

Boyd was also untroubled for Stratford B on the adjacent table when they took on JLM Kingfishers who were only able to field two players. Kevin Taylor won both his singles contests with Harry Azima adding a further score but he couldn't get the better of Jim Clarke. Kingfishers claimed the doubles when Jim partnered his son Henry with the pair finally clinching a 12-10 victory in the fifth set. 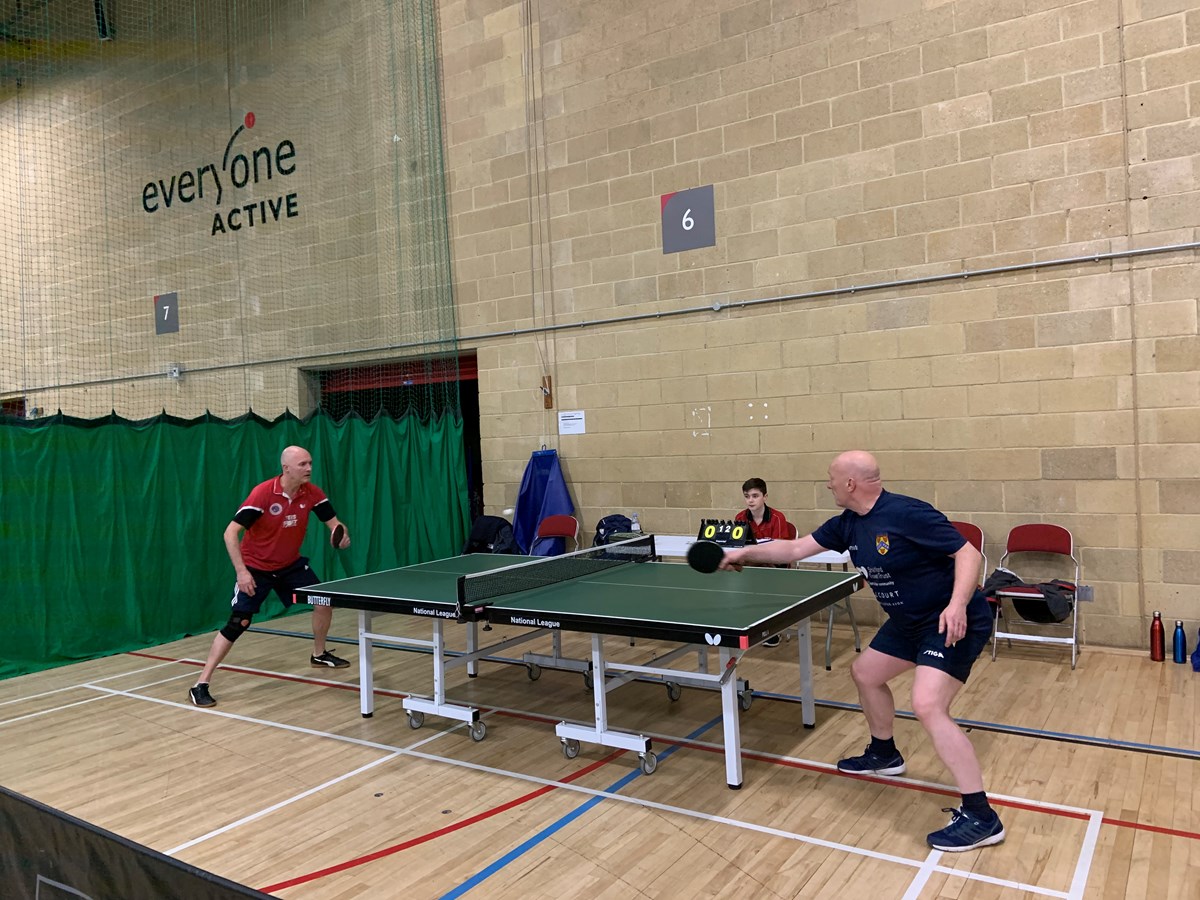 Snitterfield entertained Ashorne in another match to finish 8-2. John Price and Clive Irwin chalked up trebles as well as successfully combining to secure the doubles. Alison Stewart earned Snitterfield's eighth win and was unlucky not to add to her account after narrowly losing out to both Roger Pye and Mark Bridgeman in the only contests to go to a decider.

Honours were even when Henley took on Shottery B who, once again, were only represented by two players. However the visitors were undeterred by lack of numbers with Gareth Hepworth rising to the challenge by recording three wins and then the doubles with Tony Remes. Remes gained Shottery B's crucial fifth point with a hard fought victory over five sets against Dave Hatcher. Nigel Payne and Peter Quince both got on the card for Henley.

The Colebridge Bulldogs trio of Andy Rowland, John Swinburne and Chris Welsh proved too strong for Veterans by imposing a clean sweep with the loss of just three ends.

Bulldogs' stablemates Colebridge Pasties maintained their title challenge with a 9-1 victory over Tanworth Taipans. Rod Lewis and Bernard Oliver remain unbeaten this season, although Oliver was taken to the wire by Jason Rainey before coming through 14-12 in the decider. Dean Hicks added a brace for Pasties but lost out to Rainey in another encounter to go the full distance.
Author: Mike Evetts via Stratford-upon-Avon Table Tennis League
Article Published: Saturday 23rd November 2019
Last Updated: Thursday 28th November 2019