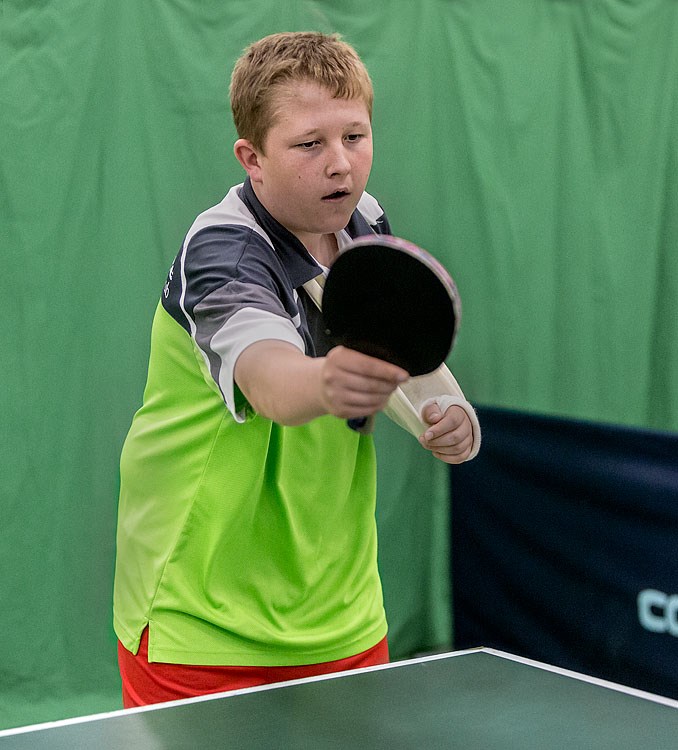 Callum Wilkinson won the first ever Tollgate Junior Top 9 Competition and had to do it the hard way. Drawn into Leon Huang's group he raced into a two set lead. Leon fought back well having lost both prior sets in deuce, he came back strongly to level the match. At 2 sets all as in the Colchester Tournament Callum came through to face Leon's brother Andy and Toby Deng who both won their Groups comfortably. Andy took an end off Callum but another 5 setter this time against Toby saw Callum save a match point in the fourth end. However, he held his nerve admirabley to win his first title.

Their were notworthy performance s also from Arran Hutchinson, who finished fifth in his first competitve matches and James Thompson whose 20-18 set against Arran that although he lost was the highlight of the evening!