In their last match of the season on 29th April, our league team beat Going D 10 nil, and so ensured they finished top of Worthing League Division 3, ahead of Lancing G with whom they have competed for the top spot all season.

A fabulous result for Team and the Club in their first year in the League, rewarding great play and consistent results throughout the season. The team, shown in the photo below, is Mike O'Gorman (capt, second from left), then from left to right, Jim Gee, Alan Smith, Tomasz Gorski, Stuart Tofts, and Frances Tanous, overseen by the Club Secretary Coral McLaren. 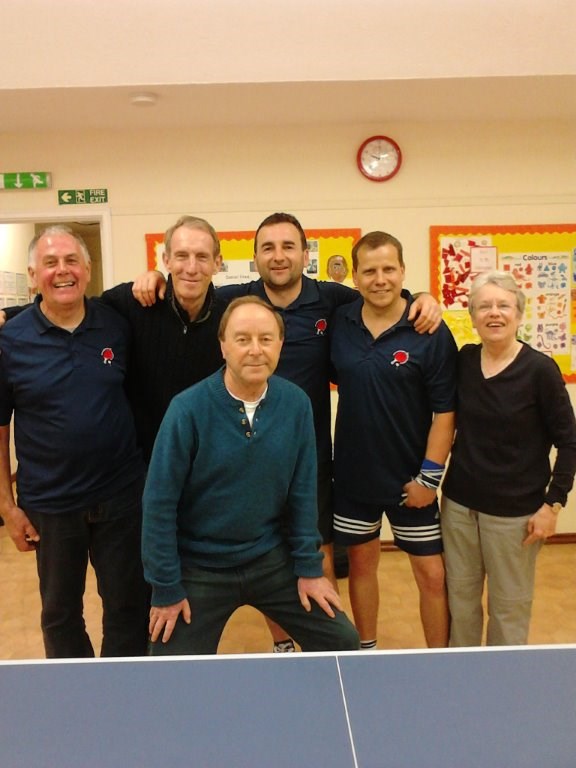 The final league table is shown in the attached document:-

Welcome to our friendly village table tennis club serving the local community. The Club currently has some 70+ members including a flourishing group of under eighteens, and two teams in the Worthing & District League.

For further information please contact Coral or Iain McLaren (Adults) details on the right, or Katie Tofts (Juniors) on 01798 817415 or email her direct on katie@tofts.org.