After a terrific season, in which they won 18 of their 20 matches, the Club's League team of Stuart Tofts (captain), Frances Tanous, Paul King, James Li-Tremble, Mike O'Gorman and Peter Deng were presented with the Division 3 trophy on Monday 11th April at the Worthing League Invitation Cup and Presentation Evening, held at North Lancing School. Stuart was also  presented with a cup for the best player in the Division :- 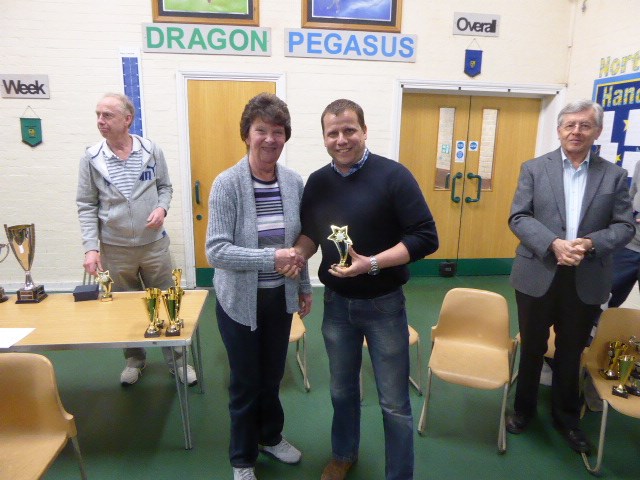 Welcome to our friendly village table tennis club serving the local community. The Club currently has some 70+ members including a flourishing group of under eighteens, and two teams in the Worthing & District League.

For further information please contact Coral or Iain McLaren (Adults) details on the right, or Katie Tofts (Juniors) on 01798 817415 or email her direct on katie@tofts.org.