Tollgate Table Tennis Club was formed in 2010 following the collapse of St Mary's based in West Bergholt.

Sue Welham, Martyn Green, Gary Young and Greg Green met up and agreed to enquire about the possibility of using a brand new Sports Hall built within the grounds of the Holmwood House School at Chitts Hills. 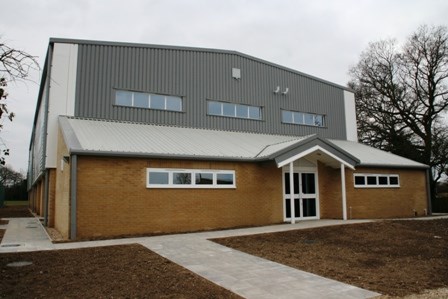 Following a consultation with League Chairman John Andrews and Trevor Carter it was agreed the venue offered great potential.

The decision was made on Friday 23rd of July just days before the League formation deadline and two teams were required to make the venture viable, with half of the hall being hired on a fortnightly basis.

Sue's husband John was appointed Chairman and Martyn Green Secretary. Carter, Keiran Lally, Paul Davison, Andrew McEwan, Colin Stallwood and Martin Hogg together with the Ipswich connection of Andy Warner and Nigel Hodder were hastily recruited and our application to Division one was accepted!

The season kicked off in September with the Clubs first fixture; the B team away at league champions H20 Rowhedge A putting out their strongest team which we duly beat 7-3 - Tollgate had arrived!

In March 2013 the Club hosted the Colchester Individual Tournament with the club's Keiran Lally winning the Men's Singles, joined by Greg Green taking the Men's Doubles, and Jane Li won both Cadet and Junior Girls Singles. Charlie Fulcher was the Vets 50+ Champion. 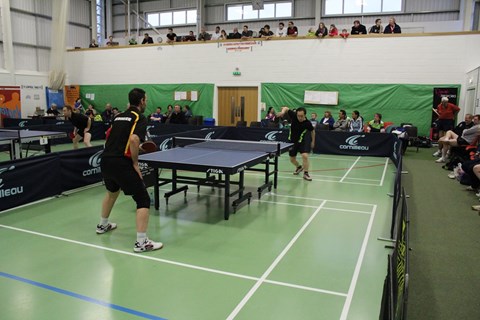 Action from the 2013 Colchester Tournament held at Holmwood House

After finishing Runner-Up in Division One in their first three seasons the A team took the league title in 2013, ending Rowhedge's nine year monopoly!

The Club expanded to four teams the following season and now boasts six teams with the A team winning the Kiltie Cup in both 2014 & 2015.

In 2014 the Club started Junior coaching every week all year round. All standards are welcomed including beginners.

It has to be said one of the true inspirations of the Tollgate Club is the late Norman Warner. He was the founder of the St Botolph's Table Tennis Club in Priory Street, Colchester as well as Saints following an enforced move. An ETTA coach, Norman brought Green & the Welham's together in 1981 and they  have played together since then at; St Botolph's, Saints, St Mary's and now Tollgate.