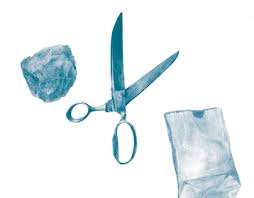 Four divisions below the glamour and grandeur of Bolton’s top flight sit the tired and the young; players generally at the end or the beginning of their table tennis careers. This match - fought between a posse of 14 to 17-year-olds (5th and 3rd respectively) – provided a glimpse into the kaleidoscopic future.

Jei Makino. Steven Gao. Nathan Donaldson. Jason Hill. Robert Shaw. Joseph ‘Heyday’ Heyes. They all, within seconds of picking up ‘the bat’, give something away; personality imprinting itself on one’s game.

Take Makino with his puckish grin. The youngest of the Hilton ‘J’ bunch, he stands barely 5’ tall, but is measured in his play – useful. Teammates Gao (Chinese blood as opposed to Makino’s Japanese) and Donaldson (a young Clark Kent) offer different skills: unflappability and force.

‘What is it that Gao has?’ I write, mid-evening, as he impressively despatches top seed, Hill (11-9, 12-10, 11-8) to level things at 3-3. Intricate shots, composure and blowfish cheeks are the obvious qualities – the puffed-out face a canny technique in controlling his body’s air flow and thus his stamina.

There was a moment before this match, during the warm up, when Gao caught the ball at pace in his mitt – plucked it out of the air with the nonchalance of a gunslinger. Little things. It is always the little things that inform you.

Not that Hilton ‘I’ are bland by comparison. Indeed, they are still vying for promotion – awaiting their fate on Wednesday, 6th April when the end-of-season shutters go down.

“I’ve got a cold coming on,” Heyes retorts. More banter follows about mock A and AS-levels and the pressures of college. These older kids are conspicuous by their non-Hilton gear: the pink, mottled Dissident shorts of Hill, the purple hoodie of Heyes and the surfer look of Shaw.

Beyond the attire though, the real Battle of Cool is between Shaw’s Summit flask and Donaldson’s Oakley; the latter falling over and disturbing the peace at least three times during the evening’s play (an indication of his Man of Steel credentials perhaps).

Ironic that you can barely see Donaldson when he is umpiring. This is in contrast to the tall and angular Hill and Heyes. All tonight’s players have touted their prowess, however: Makino’s angled drives, Gao’s consistency, Donaldson’s power, Hill’s loops, Heyes’s cushioned forehands and Shaw’s sheer grace.

A minor lesson for each - away from the Tuesday coaching of Geoff Hall, Brian Young and John Barker (although they may agree) – would be:

Makino – Don’t throw away leads. Hunker down when necessary.

Donaldson – Work on that coordination between your body and arms. Think of that great fictional man in the air.

Heyes – Try to trim those unforced errors, particularly on your serve. They are costly and compromise what is a promising game.

Shaw – A joy to watch you in full flight, but please come down a gear when you need to. Gao nearly pulled back that 2-0 deficit! Step off the dance floor at times…

Coach Hall and Young came through the curtain to enter the hallowed floor that is the top table this evening with two pairings left. They timed it well, witnessing the evolving might of Gao vs. Shaw and Makino vs. Hill (13-15, 9-11, 7-11). There was even an attempt to turn the rotating umpires into men; asking them to voice the scores in addition to throwing the ringed numbers over the top of the scoreboard.

The Hilton Centre, it seems, is better than school. Men are born and not simply mandated to listen. The most fascinating element of tonight though was the Rock-Paper-Scissors at the outset from both teams; Hilton ‘J’ utilising the zero-sum game in order to decide their order of play; and Hilton ‘I’ actually squeezing out the unfortunate James Harris who might have called paper to Heyes’s scissors.