At a really well attended AGM held at Torquay United FC on 11th May it was all change at the top, as Chairman and Secretary Geoff Read has decided to call it a day after 18 years in the Chair and 10 years as Secretary.  His final report to the AGM reflected on another very successful and competitive season, remarking on the improving standards throughout the league, with an excellent crop of youngsters coming through.

Geoff thanked all the executive committee for their support, particularly in the running of the tournaments, organising trophies, website and press reports; he also thanked Sonja Ryland, Albany Florists for sponsoring the league and presenting the awards. 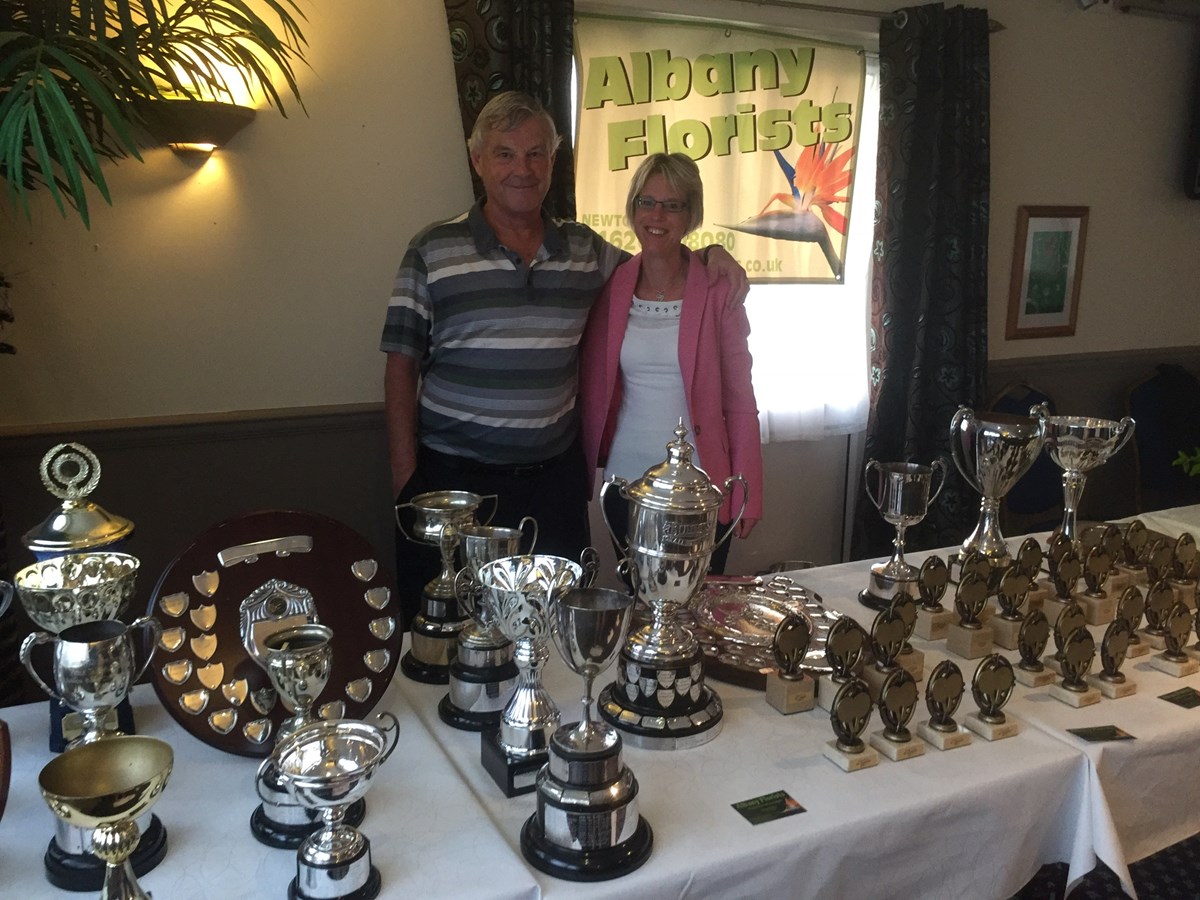 The many practice centres in the area where anyone can go along and play was a great asset to the league and Geoff thanked all the coaches and volunteers for providing the facilities and welcoming folk in. He mentioned Tony Halse who was recent runner-up in the Table Tennis England National Volunteer of the Year awards and Jo Piwowar who was Torbay's Coach of the Year in the Bay's Annual Sports Awards - all good for the league as well as the individuals.

Geoff finished his report looking to the future and his hopes for the committee, under new leadership. With possible changes ahead, he stressed the importance of the committee retaining an element of control over the clubs and teams, particularly when forming the divisions.

Tony Halse (match results secretary) then gave a report on the season with many details and statistics.  "An excellent, competitive  season, where none of the divisional winners were known until the final full week of the season". Tony went on to thank all team captains, secretaries and players for getting every league match played (324) and the local newspaper editors for providing space for weekly reports.  He finished with thanks to the outgoing Chair and Secretary "whose level-headedness and tact, as well as his hard work, guidance and support will be sorely missed. An extremely hard act to follow."

Treasurer Maurece Travis gave an excellent report on the finances of the league, which are in a healthy state.

With Part 1 of the Agenda completed it was time for the presentation of the seasons awards.  League Sponsor Sonja Ryland presented early season tournament winners, Closed Tournament winners and all the league trophies. With the Alan Parker cup, for playing a big part in the table tennis 'family' over recent years, awarded to Elsa Perry. 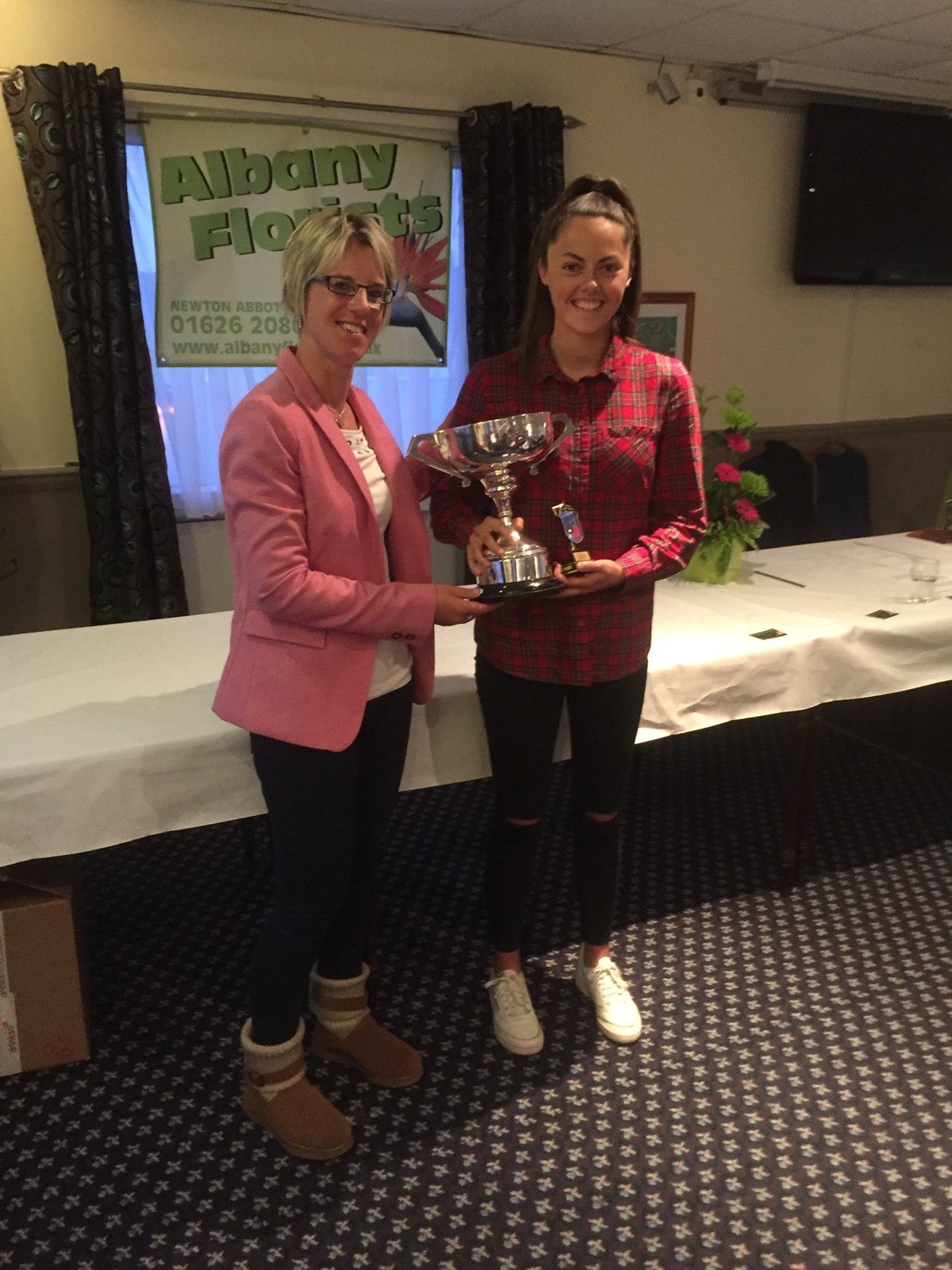 Elsa Perry being presented with the Alan Parker Cup 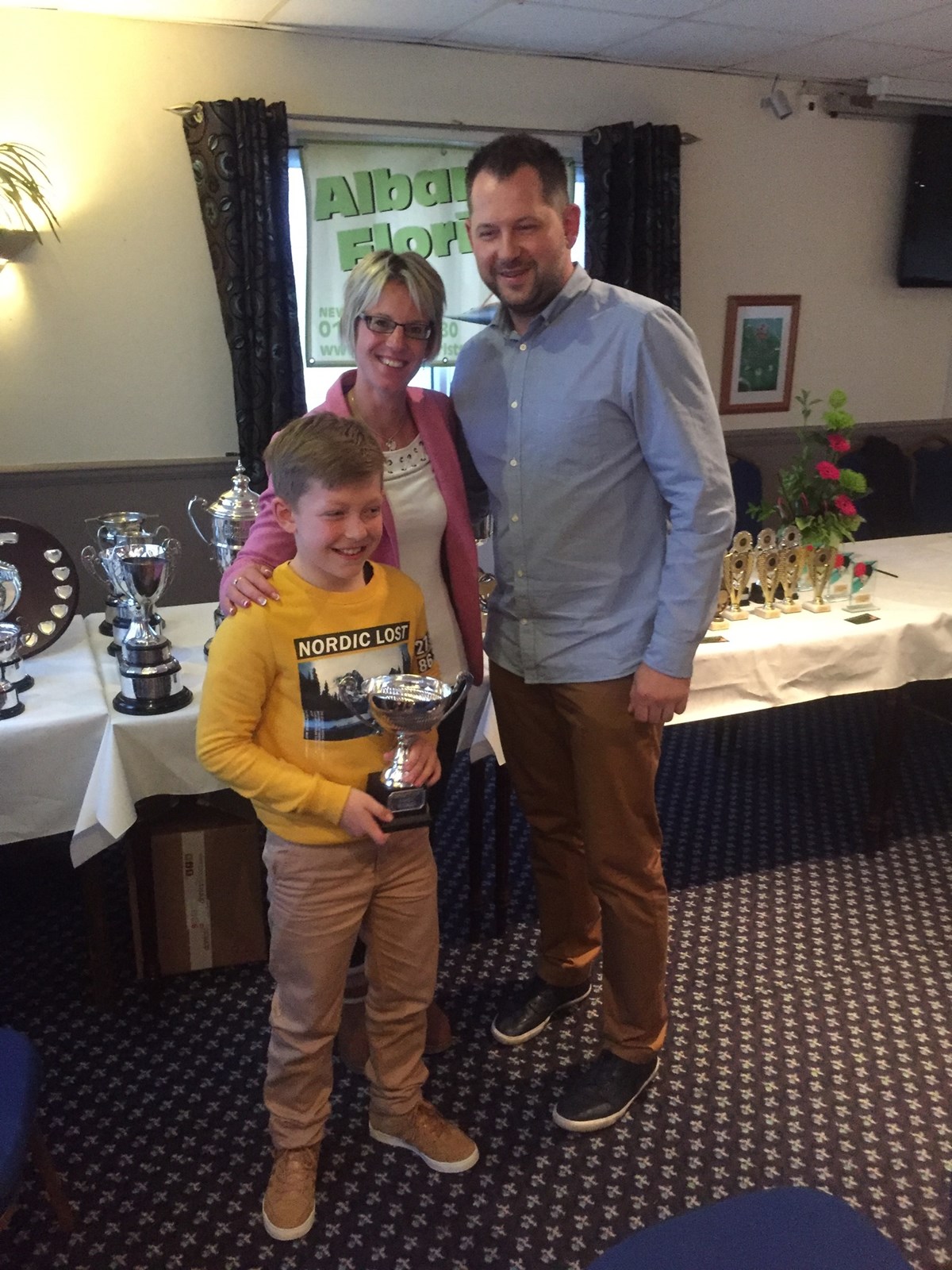 Jakub & Kris Piwowar with the Family Doubles Trophy, both Jakub & Kris went on to receive many more trophies

George thanked everyone for their support and said he would endeavour to follow Geoff as best he could, but as mentioned before it would be a hard act to follow. He also thanked Geoff for his hard work over a considerable number of years.

Rule changes were discussed at length, as was a proposal on the possible future restructuring of the league.  There are plenty of issues for the new-look committee to debate over the coming months.

Many thanks to Torquay United FC for hosting the AGM.

More pics of the presentations can be found on the website, in the gallery.