Newton Abbot TTC’s top two teams, the Batmen & Buzzards, put on a superb show as they battled out their first meeting of the season in the first division of the South Devon and Torbay Table Tennis League.
The Batmen started well going in to a 3-0 lead but the Buzzards fought back and at the end of the first six singles each player had won one singles and lost one singles.
The Buzzards went in front 4-3 but the Batmen had the final say winning the last 3 to take the match 6-4. A brilliant evenings table tennis which could’ve gone either way.
The final doubles between the awesome Gibbs father and son combination,Dennis and Shaun, against Herbie Sage and Luke Bennett, who have never played together before, went down to the wire with the experienced Gibbs team winning 11-8 in the fifth to win the match.
Dennis Gibbs picked up the man of the match award with his 2 singles wins, there were also two singles wins for Shaun Gibbs and the Buzzard’s Herbie Sage.
So many brilliant confrontations it is difficult to single out any, Luke Bennett’s win over Shaun Gibbs was impressive as was Dennis’s convincing win over Kevin Nicholls, Herbie had to be on top form to defeat an inspired Dennis Gibbs, and a hard hitting Naomi Jackson, but the match of the night with a number of outstanding rallies had to be Shaun Gibbs attack v Kevin Nicholls defence, many amazing rallies, with the attack winning through.
There will not be many better matches than this one!
Well done to all the players who entertained a decent crowd at Teign School. 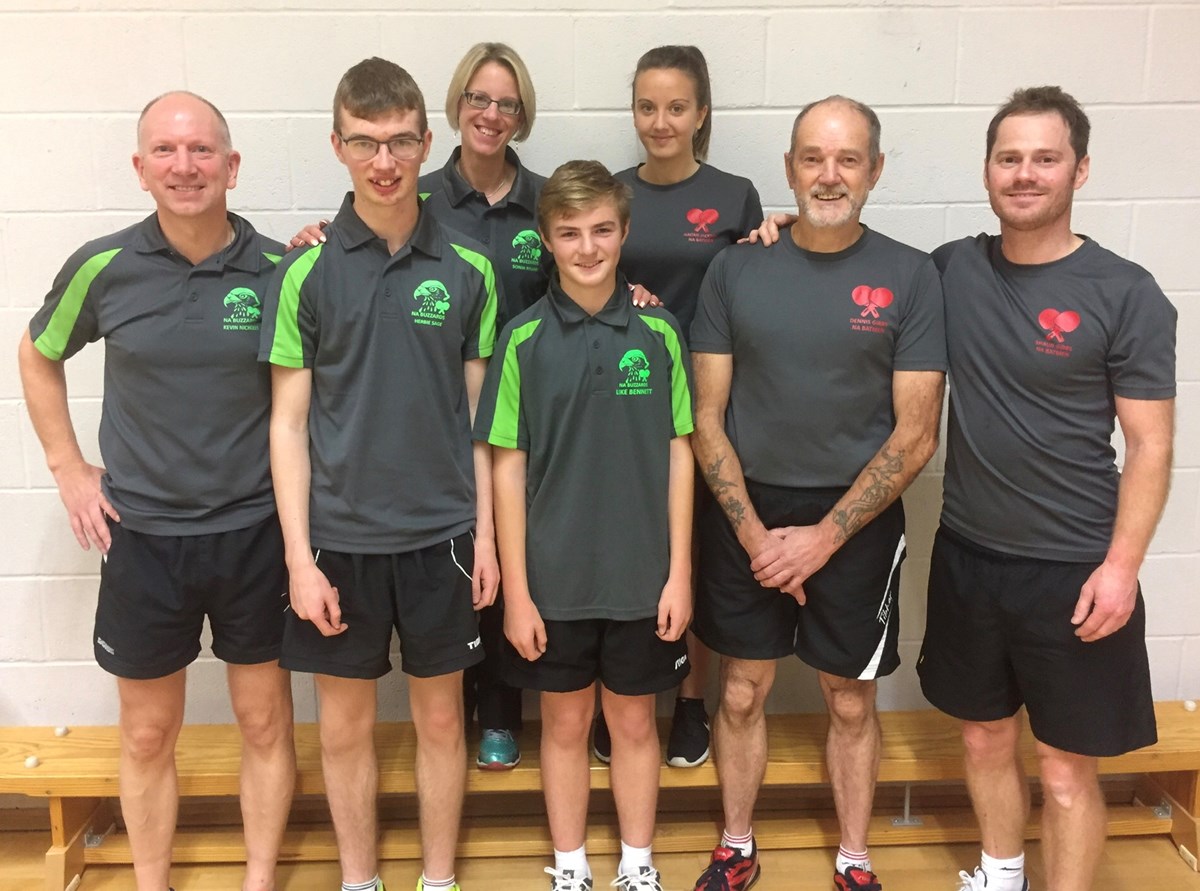 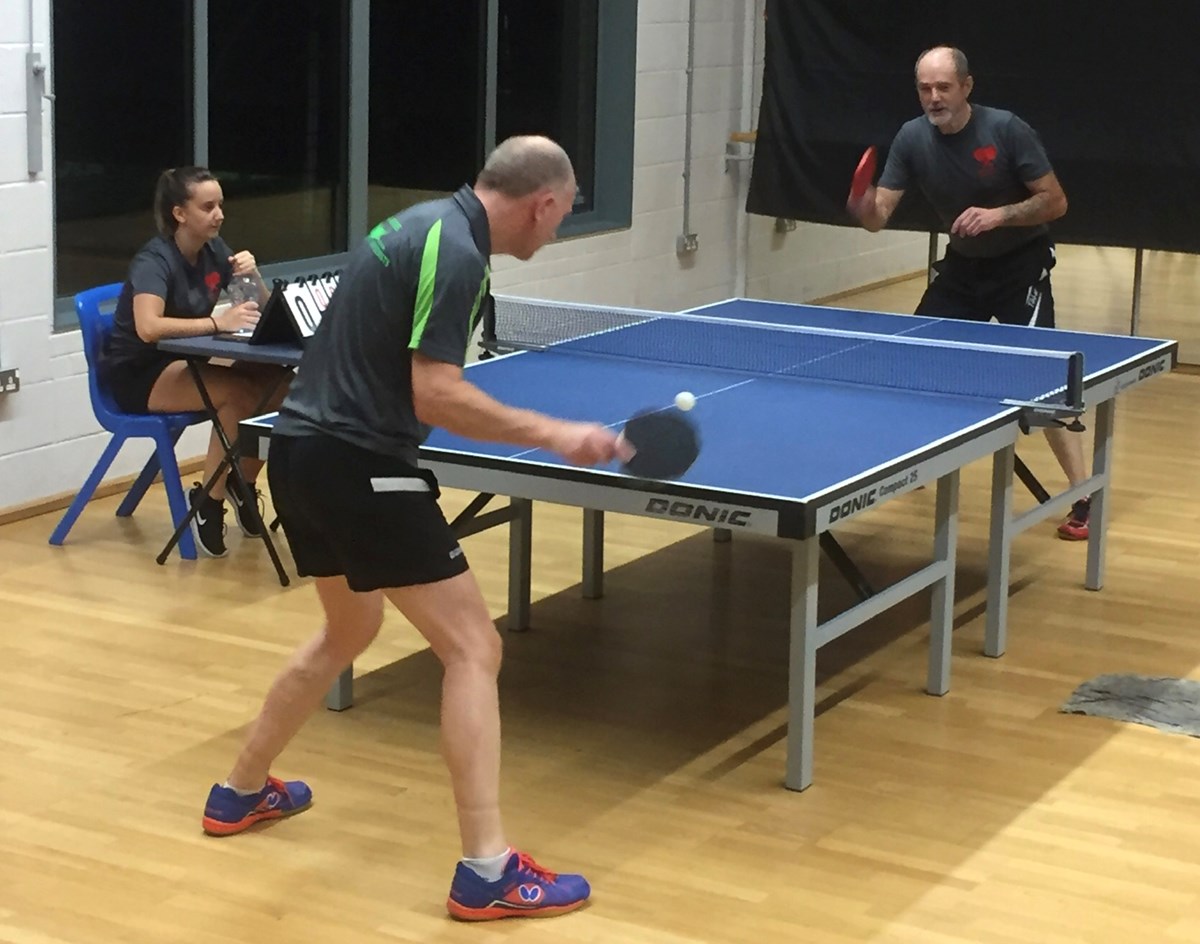 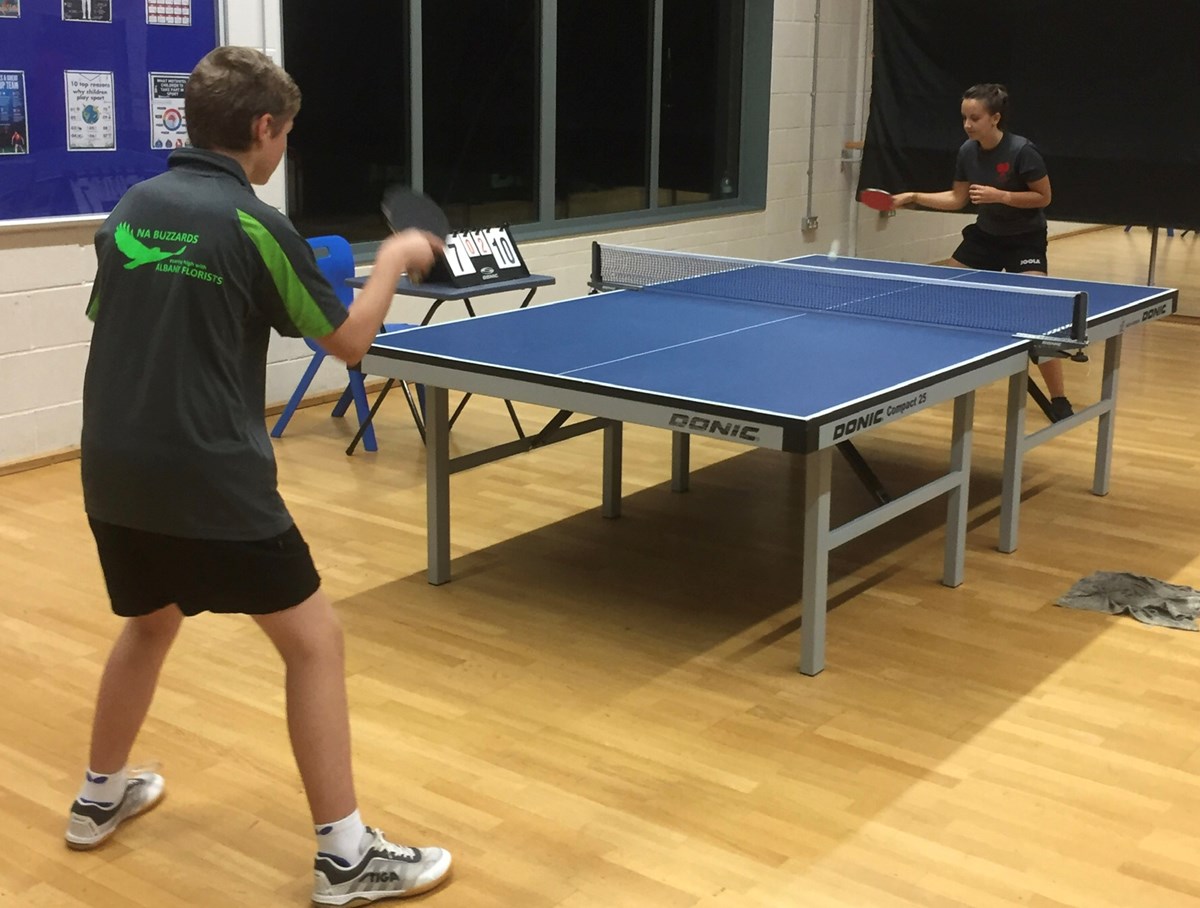 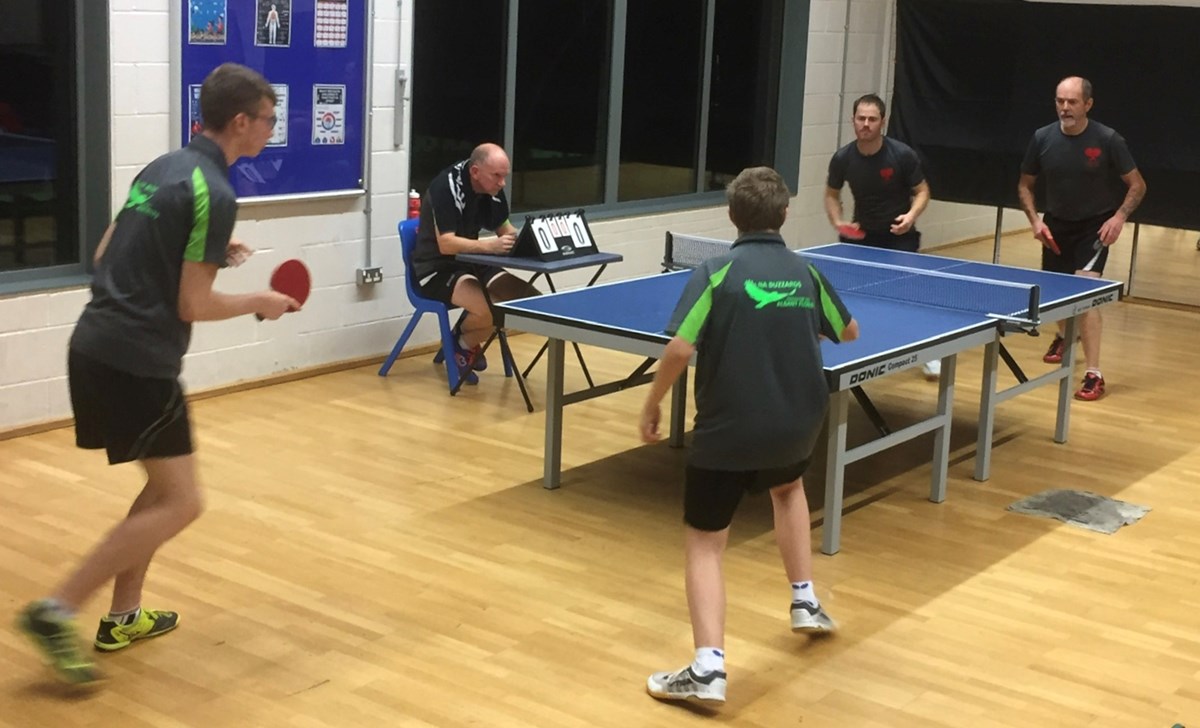 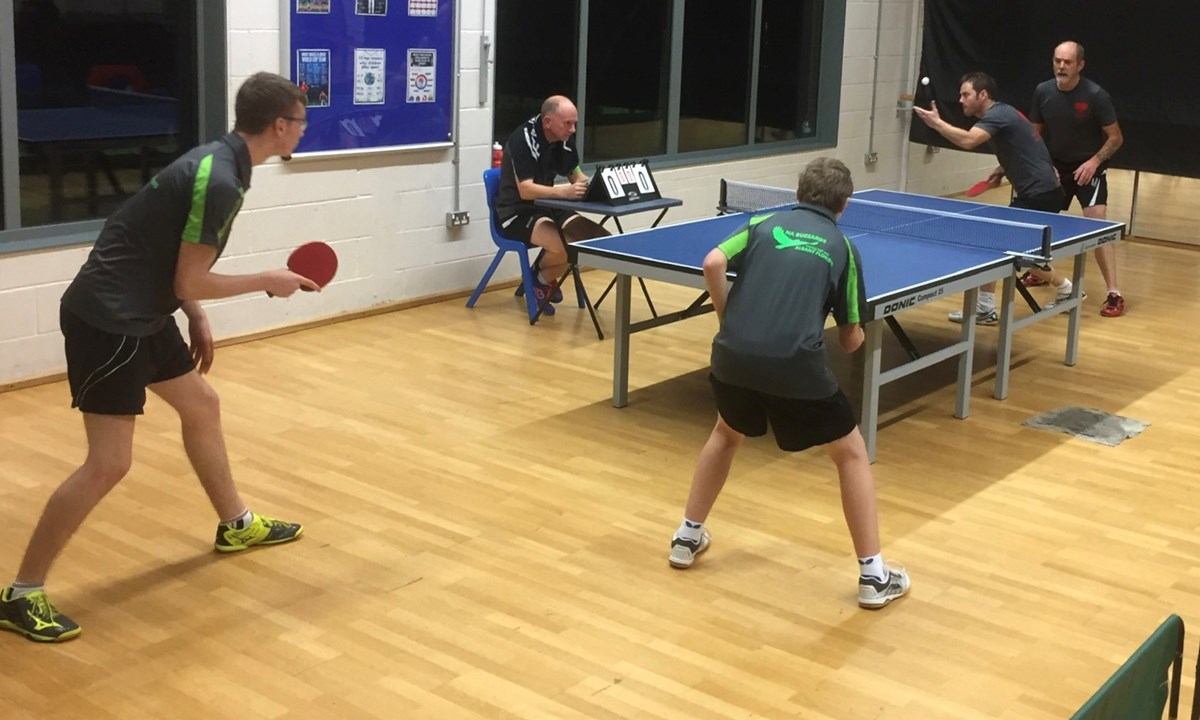 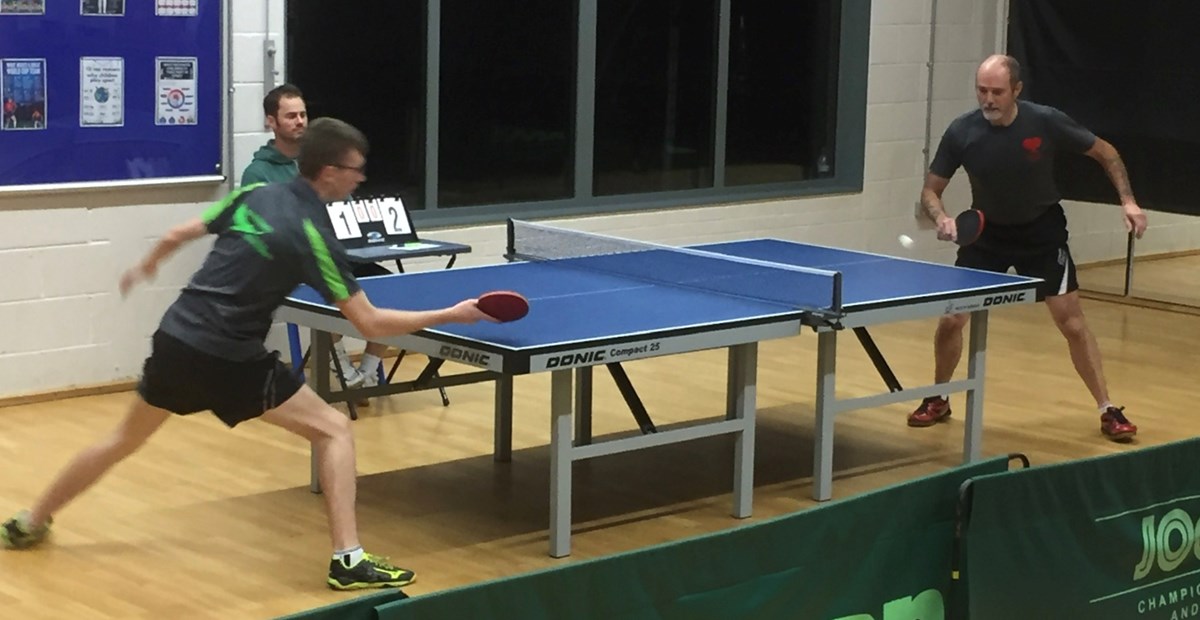 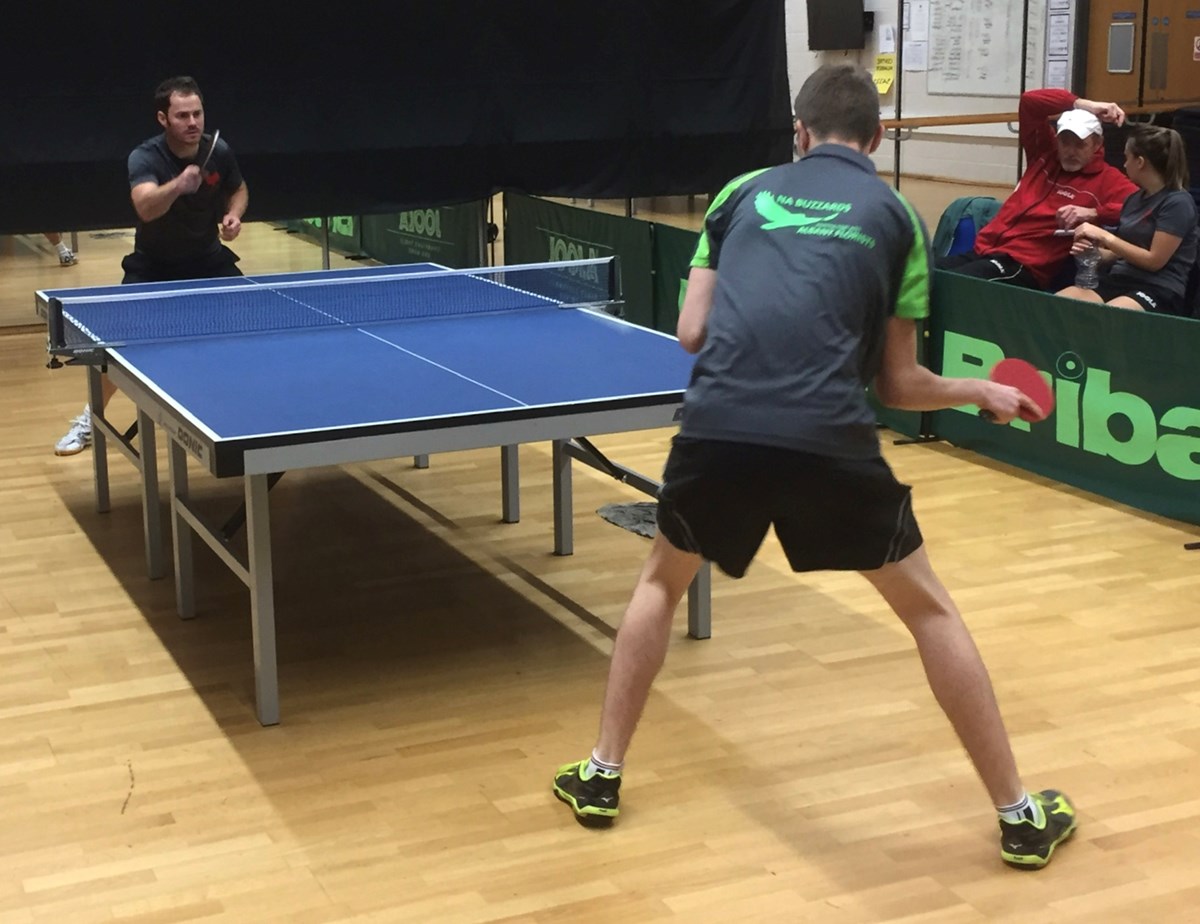