A superb evening of table tennis between the current top two teams in the first division.  At the start of the evening the teams were level on 79 points, although the Batmen had played a match less.
With the Buzzards skipper away sunning herself in the South of France, and Luke missing with a bug, Nick Halse was called up for a rare appearance alongside, Kevin Nicholls and Herbie Sage.  A strong enough team for most opponents but not the Batmen.  Top man Dennis Gibbs has had a fairly settled team this season, son Shaun and Naomi Jackson.
Dennis despite being hampered with a long term injury, and those socks ??, was on top form and led from the front, beating Nick and Kev in three and Herbie in four. He was backed up excellently by Shaun and Naomi who won two each.  The Buzzards points came from Herbie and Kevin, both of whom had to work extremely hard to beat Shaun and Naomi.  Kevin’s game with Naomi included several amazing rallies.
The best was saved for last, a brilliant doubles!  Herbie and Kev had opportunities, in fact 3 match points in the fourth game, but the experienced Gibbs partnership won through in five.

Final score:  an excellent 8-2 win for the Batmen. 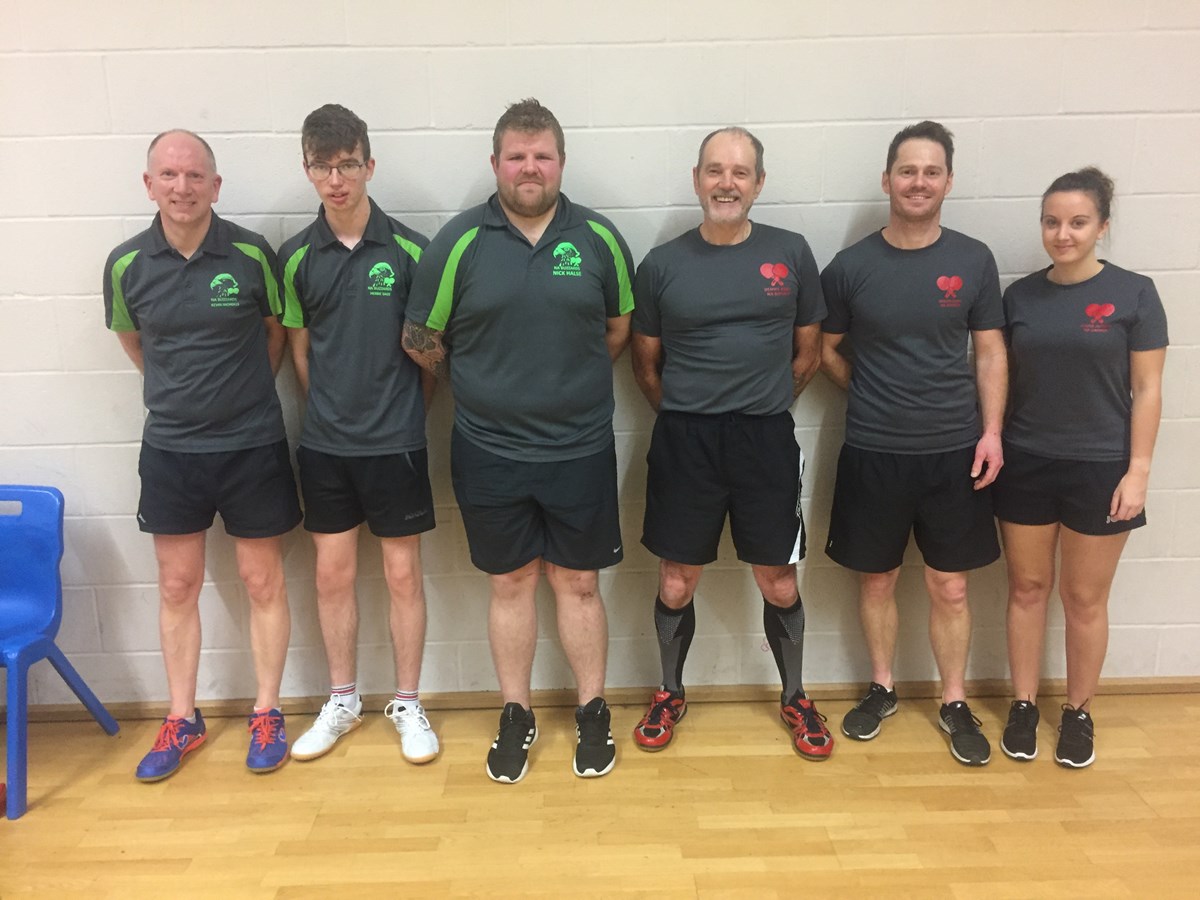 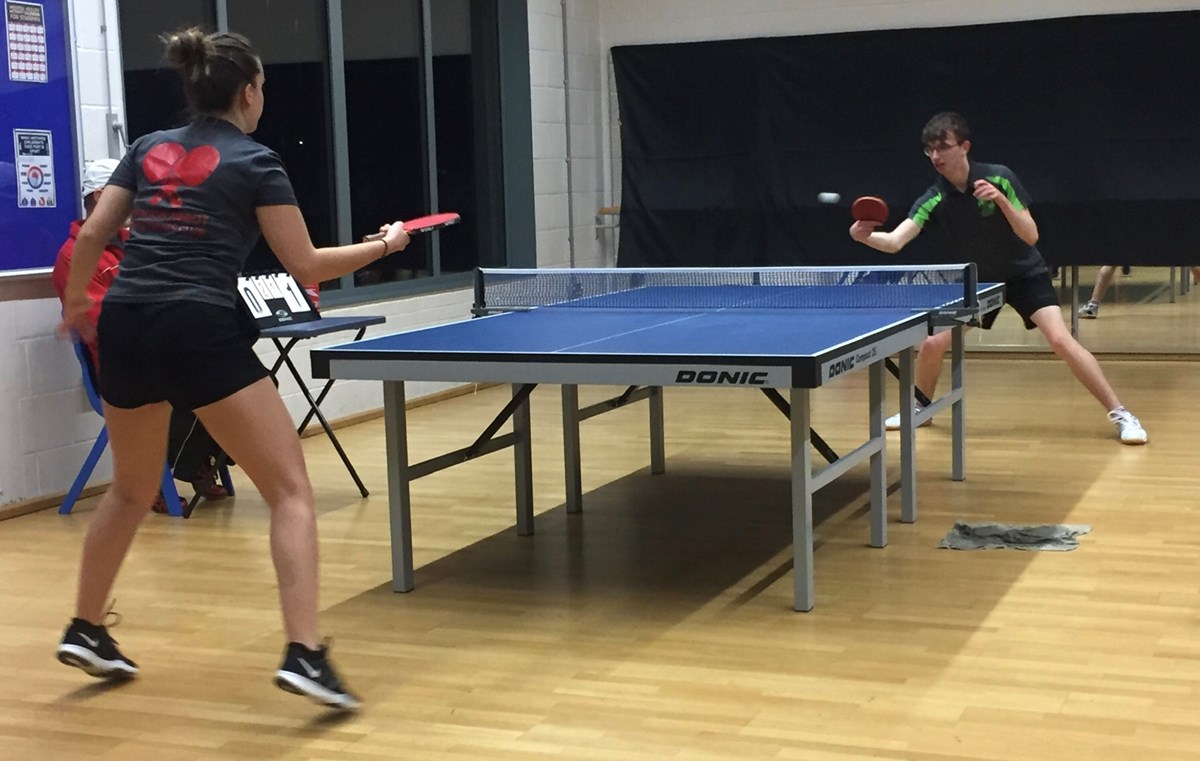 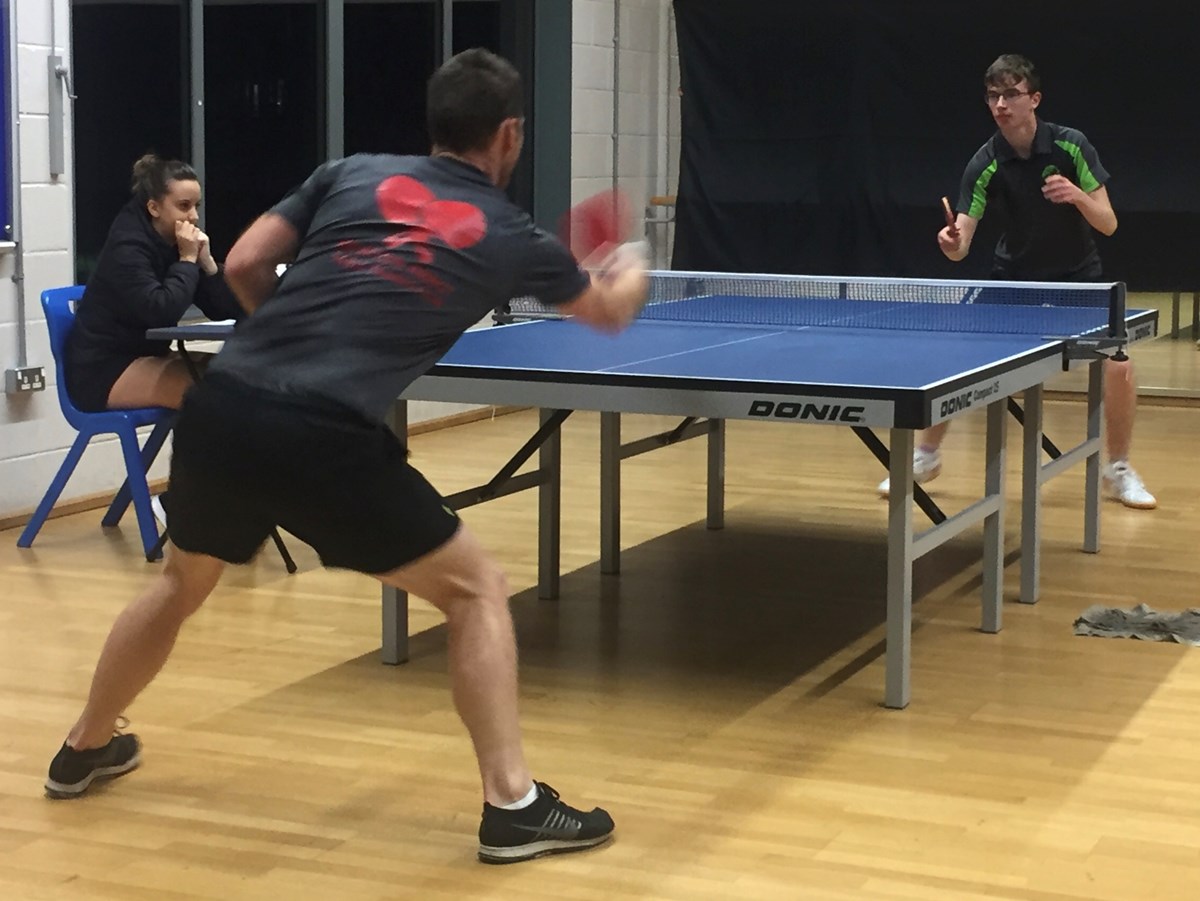 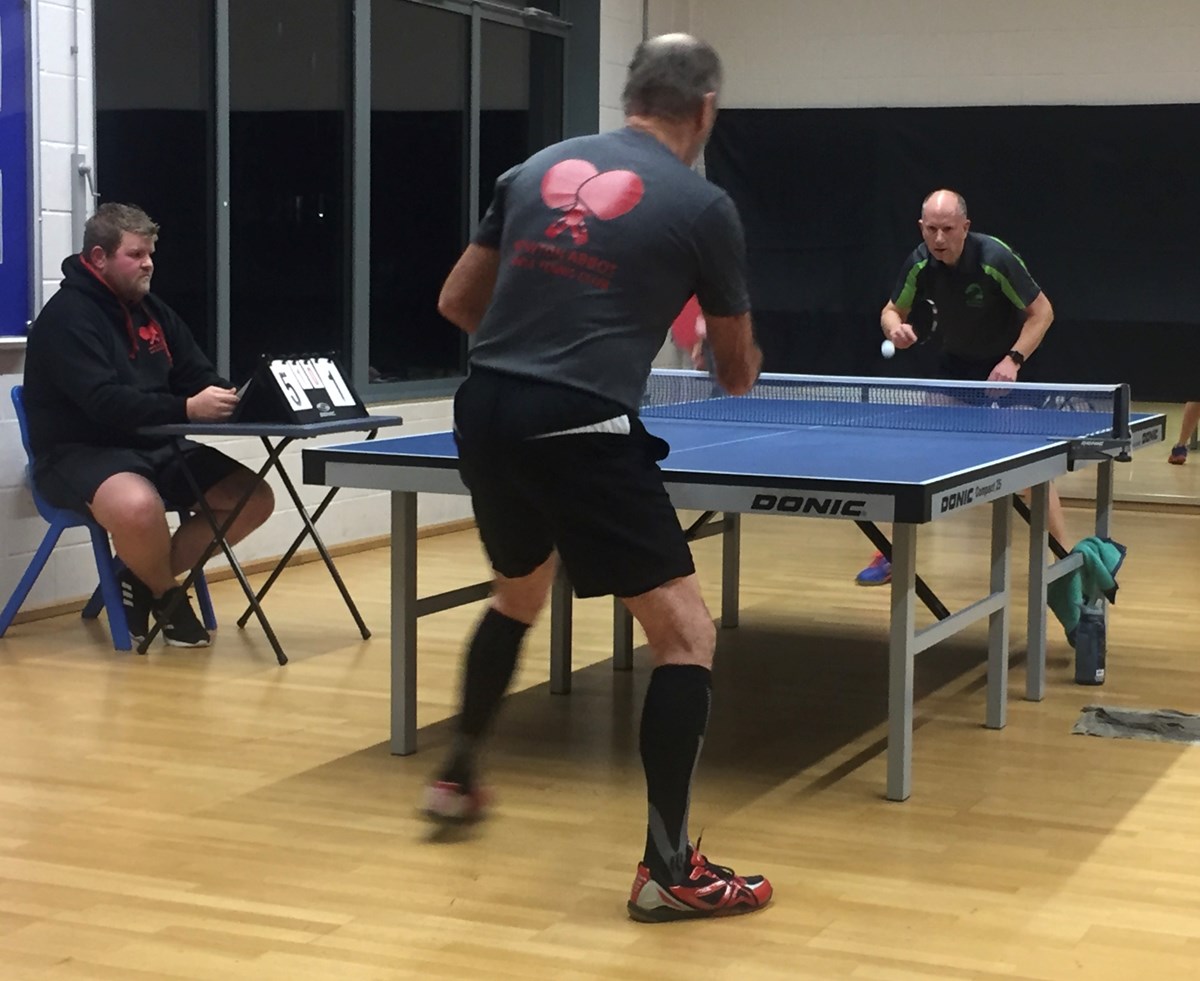 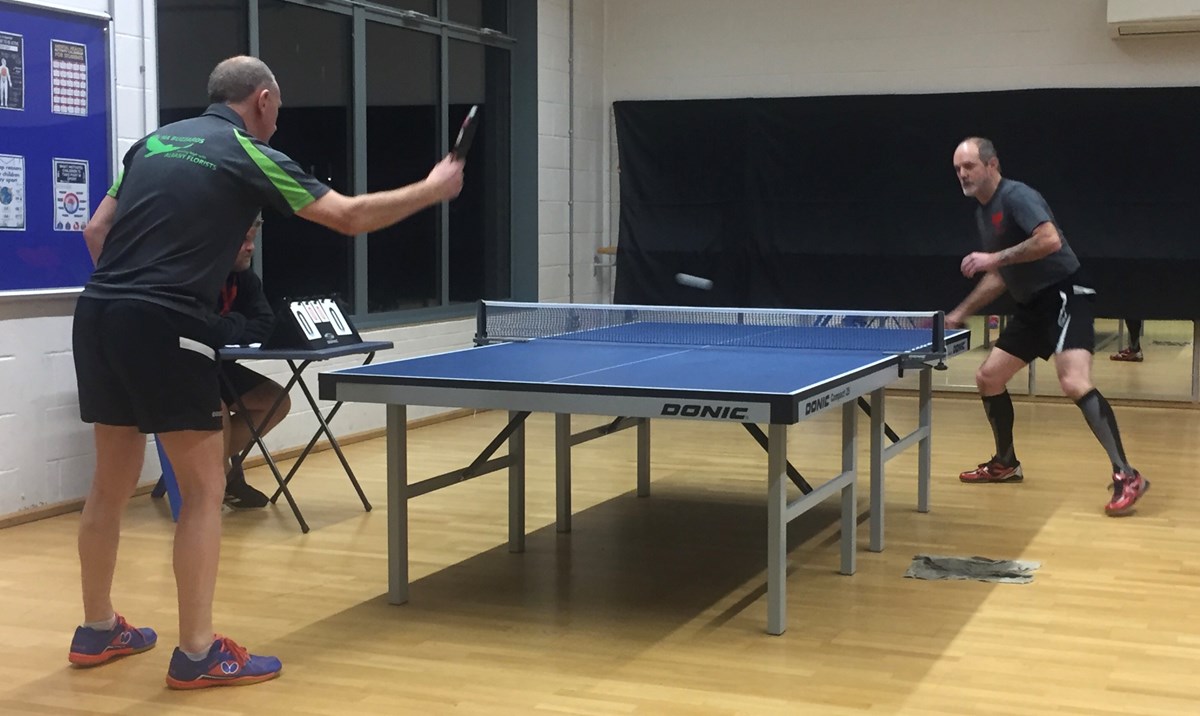