JLM Cavaliers' captain Steve Cull recorded a treble as his team shared the spoils at Snitterfield. He then made it a perfect evening by partnering Jack Davis to victory in the doubles, although they let slip an initial two-set advantage only to recover to win over the full distance. Cull was also made to work hard by his opposite number John Price before finally clinching their fifth set 15-13. Davis added Cavaliers’ other point although, in the third game to go to a decider, he narrowly lost out to Clive Irwin. Price and Irwin each chalked up two points for the villagers, with Alison Stewart claiming their crucial fifth. 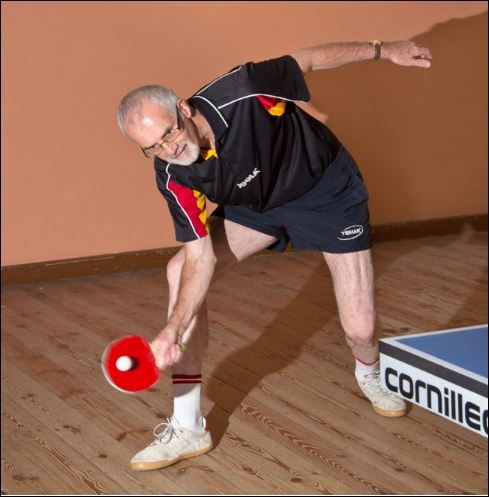 John Taylors three successes provided the backbone to Colebridge Pasties' 6-4 win over JLM Troopers, but he was ably assisted by a brace from Mike Credland and a further win by Mike Evetts. However Troopers were unfortunate not to have taken something from the match after missing out in both contests to go down to the wire. Doug Payne was pipped at the post by Taylor, and Jim Clarke was defeated in the same manner by Credland. Payne had the consolation of winning his remaining two games, and securing the doubles with George Clarke who also recorded Troopers’ other score.

Gary Stewart and Stephen Foster were untroubled as Shottery A defeated Henley B 8-2. Graham Poole added the doubles with Stewart, together with another singles and, in the closest encounter of the match, he recovered from a two set deficit against Payne, winning their epic fourth end 17-15, only to miss out in the decider.

It also finished 8-2 at Ashorne where Blazing Paddles went home victorious. Nello Mauri notched a treble with Dave Fordham and Chris Dickens adding braces, but neither could get the better of Roger Pye despite Dickens coming  within a whisker after losing their fifth set 11-9.

The new league leaders are JLM Hussars who's trio of Kevin Taylor, Chris Dyson and Michael Klein conceded just a single end between them as they swept past Veterans.

Colebridge Bulldogs also imposed the whitewash when they entertained Henley A as Mahroof Hussain, Chris Welsh and Dean Hicks all emerged with perfect records. The match was far more competitive than the score suggests with Nigel Payne unlucky not to gain some consolation for the visitors after twice losing out over the full distance.

Shottery B were indebted to Awais Muhammed's treble in their 6-4 win at Tanworth Taipans. Tim Fell added two victories with Tony Remes providing their sixth. Jason Rainey twice took the honours for the hosts, as well as sharing success in the doubles with Mick Welsh who also earned their fourth point.
Rainey recorded both Taipans scores when they lost 8-2 to JLM Cavaliers for whom Steve Cull was again unbeaten, while Joe Cull and Dave Bevington each chalked up two wins. The father and son partnership then secured the doubles in the only contest of the evening to go to a decider.
Author: Mike Evetts via Stratford-upon-Avon Table Tennis League
Article Published: Sunday 4th November 2018
Last Updated: Thursday 8th November 2018