In the premier National event across all junior and adult age groups, a large contingent from Aberdeen were in attendance, all vying to become the ‘Scottish Champion’ in their respective categories.

Aberdeen ended the day with 3 Scottish Champions in 3 different categories, and two Silver medals, with some excellent performances on the day.

Yifei Fang (Robert Gordons College) secured the boys u13 title, and remained fairly untroubled all day. This was Yifei’s 3rd appearance in the Scottish u13 final, and he secured the title in some style and eventually got his hands on the winner’s trophy. Borui Chen (formerly Kingswells Primary) also made it to the u13 final, taking the Silver medal. Borui is still only 10 years old was an ASV Academy player until around a year ago, when work took his family to Saudi Arabia. Borui still attends the Academy when back in Aberdeen, and his journey to the Scottish Champs was well rewarded with a place in the final against his former club mate Yifei.

Willow Shek (Greenbrae Primary) took the girls u13 title in only her second tournament outside of Aberdeen! Willow has been a member of the ASV TT Academy for only one year, but has progressed incredibly quickly in that time. Willow was runner-up in the Scottish Primary schools champs in November last year, but went one better to become the Scottish u13 Champion in Perth. Willow is off to Cardiff over the Easter holidays to represent Scotland in the Primary Schools Home International event.

Dylan Curry (Banchory Academy) made it a hat-trick of Aberdeen champions, taking the boys u15 title for the second year in succession. Strangely Dylan was seeded at No.2, but has dominated the u15 boy’s category this season. However this made no difference to Dylan as he powered through his opponents, losing only one set on this way to the title, and winning the final 3-0 and in some style over Danny Bajwa from Dumfries who was seeded at No.1 for the championship.

Tessa Yau (Albyn School) was incredibly close to taking a fourth title for Aberdeen, narrowly missing out in the final of the girls u15’s to Faye Leggett from Edinburgh. The girls were seeded at 1 & 2 for the event, but Tessa will feel unlucky not to take the title after a thrilling final, with both girls having opportunities to win the match before Faye eventually did. A Silver medal for Tessa on this occasion. 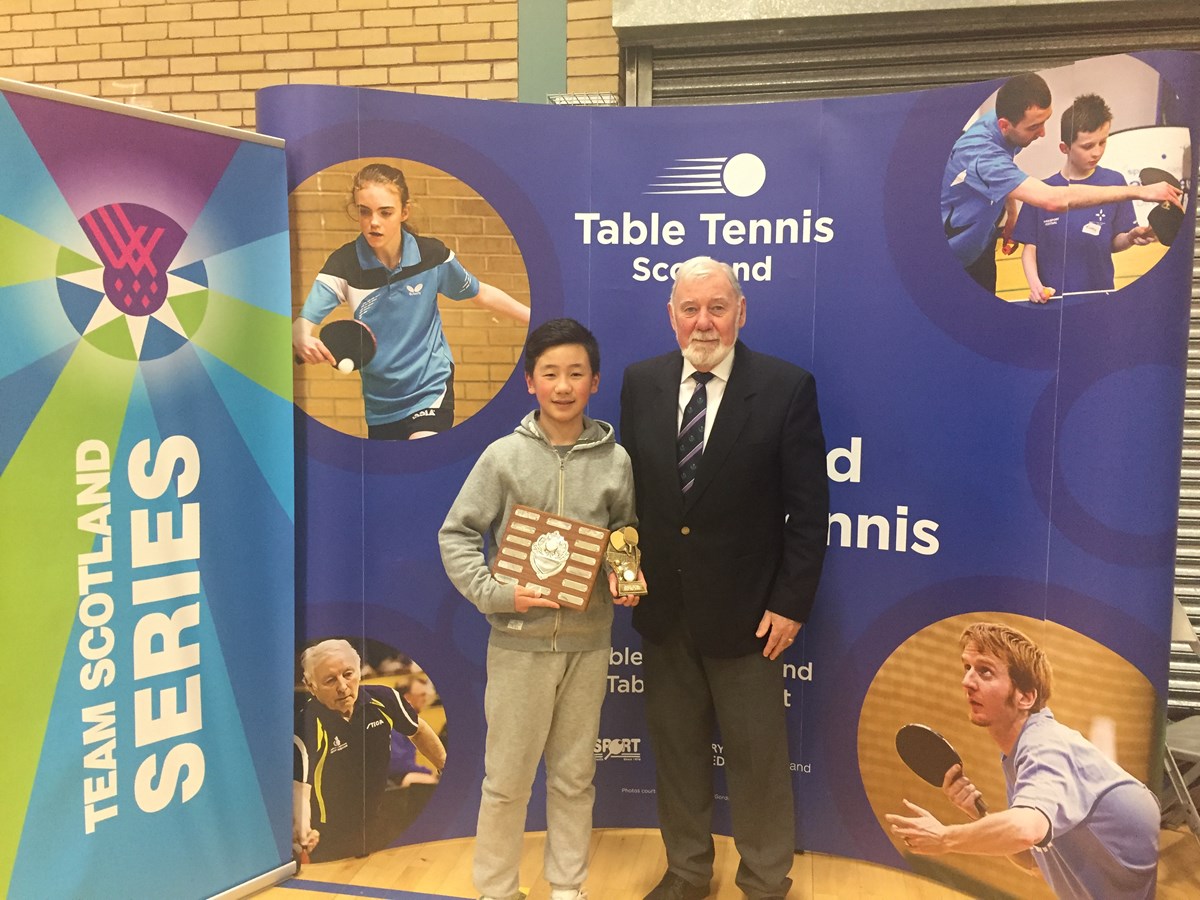 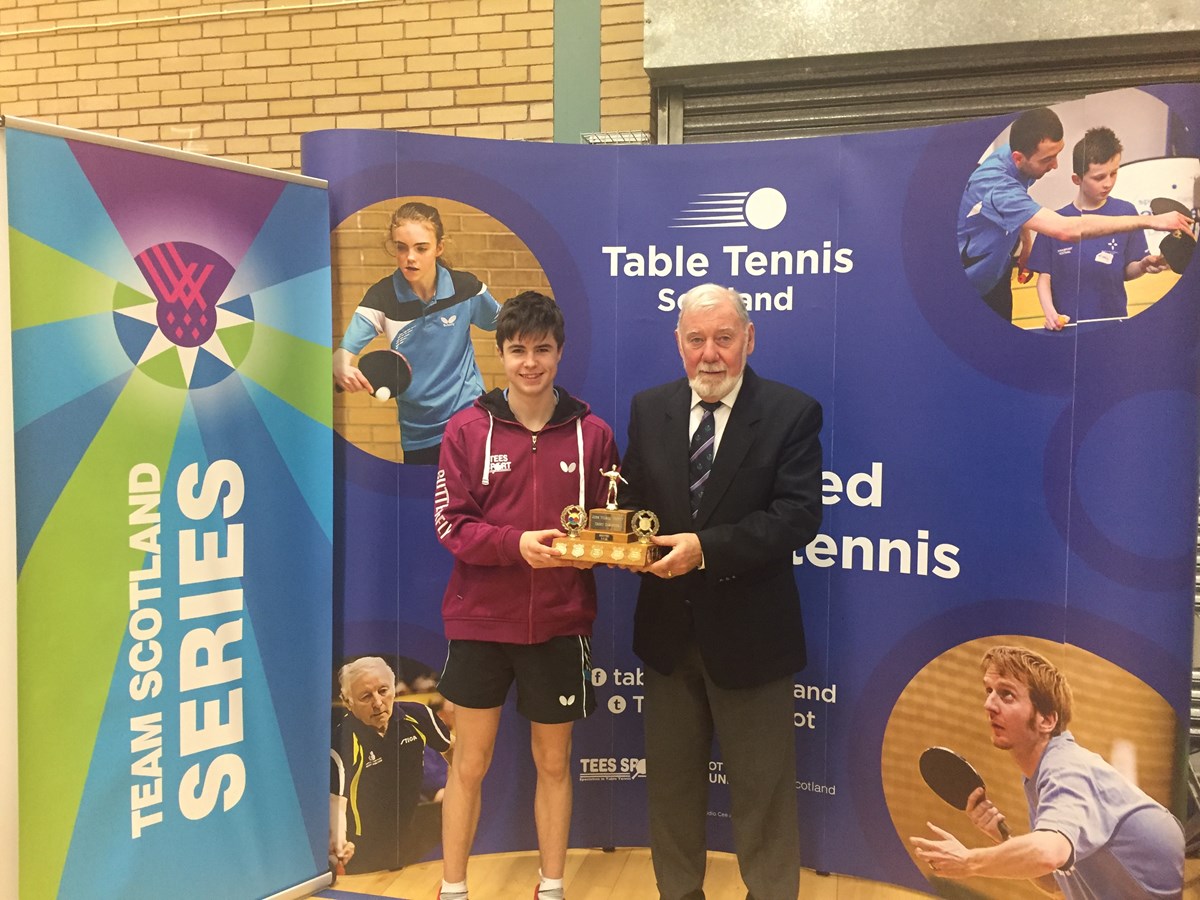 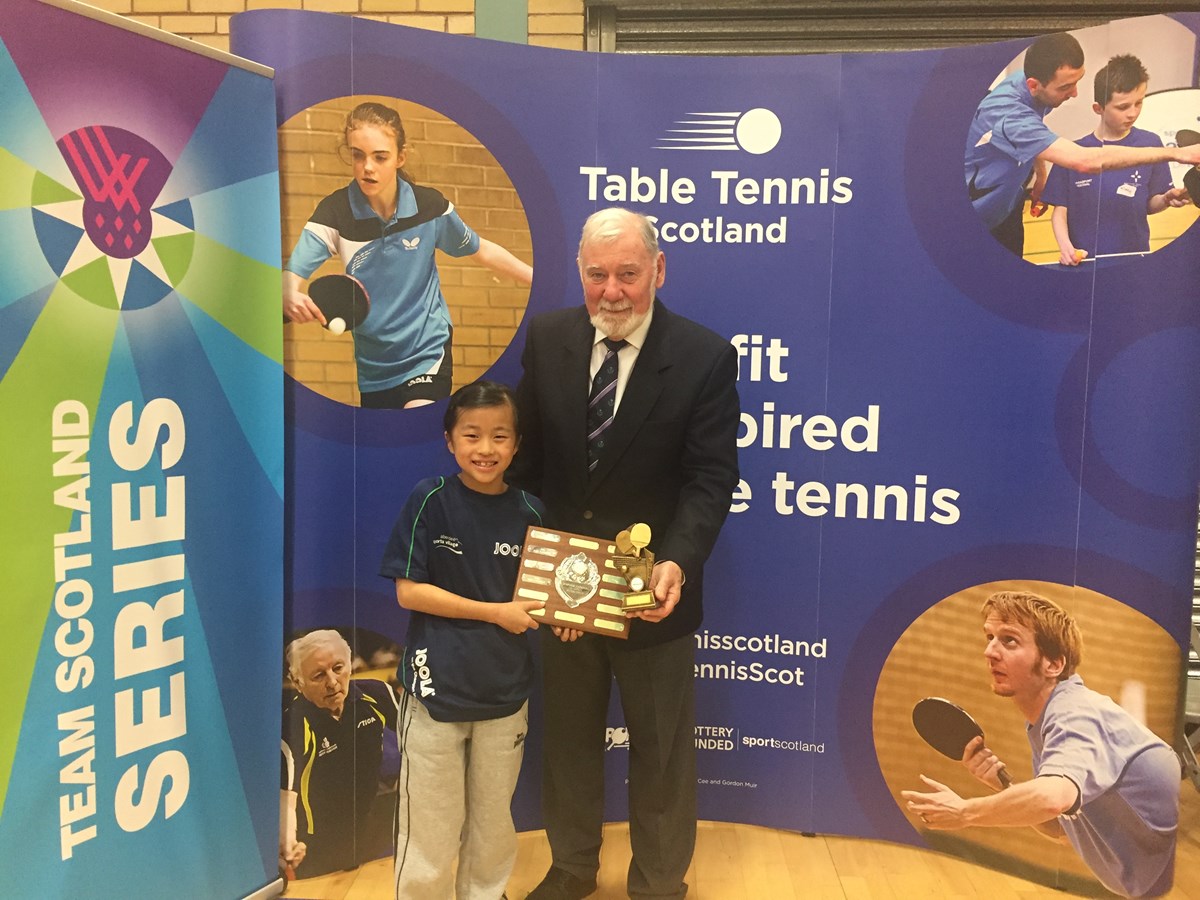