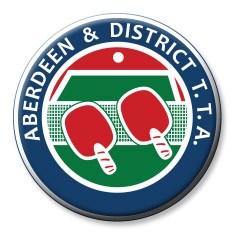 In the event that the Match Secretary is unavailable for an extended period of time, please contact another member of the committee.

1.1       Each team must have a Team Secretary contactable via e-mailand telephone.

1.3       Each team must have a fixed venue, home night, and play start time at the start of the season.  If temporary modifications are desired, then communication with affected opponents should be done directly.

1.5       Details of team members must be sent to the Match secretary by e-mail, by the date communicated by ADTTA.

1.6       Payment for team members must be paid by the date communicated by ADTTA.

1.7       Any permanent team changes, venue changes, home night changes must be communicated to the Match Secretary by e-mail.

2.1       Each season the ADTTA EC will create the divisional structure of the League, based on the proposed teams to be entered.

2.2       New teams will be inserted into the divisional structure based on an estimate of playing strength where available, and / or other criteria as decided by the EC.

2.3       Teams will be promoted / relegated between divisions based on the requirements of the League, including the potential development of junior players.

2.4       Once decided, the structure of the league will be communicated to all Team Secretaries, with an advised start date for the season.  A full fixture list will be made available as soon as possible afterwards.

3.1       Each season the ADTTA League will run divisional based League competitions, Cup competitions and additional competitions as decided by the ADTTA EC.The fixture list will include dates for League fixtures, and for Handicap Cup Competition fixtures.

4.1       The current ‘Laws of Table Tennis’, as set out by the International Table Tennis Federation (ITTF) in their published ‘Rules’ will apply to all matches.

4.2       Any disputes or queries regarding the rules of play should be referred to the Match Secretary.

NOTE: Any deviations from below rules must be agreed by representatives from both teams.

4.3       Match-card templates will be made available for all competitions, and these will indicate the order of play for each fixture type.

4.4       A match should commence within 15 minutes of the published start time.

4.5       Once a match has started it is expected that the match will be played at a reasonable pace, with knock-ups between games of (up to) 2 minutes.

4.7       A maximum of 4 players may represent any team in any fixture.  Singles matches must be contested by 3 players per match, and a 4th player may be used if there is a doubles match (League fixture).

4.8       [League Play only] The playing order (for all singles matches) of the home side should be entered on the scorecard first.  The doubles pairings can be entered just prior to playing the doubles match, with the home side declaring their players first.

4.9       [Handicap Cups only] In all matches in any of ADTTA’s cup competitions, the two teams shall make up their playing orders independently and privately, and thereafter transfer them to the match scorecard.

4.10    No fixture may be ‘doubled up’ to represent more than one fixture.

5.2       If any Member of either team is not present and ready to play as their matches become due, they will be conceded in scorecard order, unless a concession on this ruling is obtained from the non-offending team prior to the scheduled start time.

5.3       [League Play only] If, due to time constraints, a match is in danger of not being completed, then with the agreement of both team captains, it is permissible for matches at the end of the night to be played over 3 sets, rather than 5.  The match-card should clearly indicate this has occurred.

5.4       Any players missing from any type of fixture will default their matches – where each team has missing player(s) any matches between these players are voided.

6.1       At the beginning of a season, a player must be registered with a specific team.

6.2       Transfer of players between teams in the same club may be permitted, subject to the approval of the Match Secretary.

6.4       No transfers can take place after January 31 in any given season, unless by the automatic transfer rule for League Play (see section 6.6).

6.5       No player may play for another team in the same division, or a lower division, as that for which they are registered unless that player is officially transferred between the teams.

6.6       [League Play only] Any player may ‘play up’ for a team from the same club in a higher division, up to 5 times in a season.  No player may play for more than 2 teams in the same season (i.e. their own registered team and 1 other team).  In the event of playing up for a 6th time the player will automatically be transferred from the lower division team to the higher division team.  The Match Secretary must be informed of this prior to the 6th match being played.

6.7       [Cup Play only] Any player may ‘play up’ for a team from the same club in a higher division in any of the Cup competitions.  Once a player has played for 1 team in a Cup competition in a season, they automatically become ineligible to play for any other team, regardless of any transfers.  If the player is playing for a team from a higher division in a Cup then they may need a handicap specific for that competition to be calculated, and the Match Secretary must be contacted to provide this prior to the fixture being played.

6.8       It is the responsibility of the Team Secretary to ensure eligibility of players turning out for their team.  Any ineligible player playing for any team may lead to removal of gained match points, or default of the whole match, subject to EC ruling.

[League] The non-participant from the ‘home’ team shall umpire the doubles match.

7.3       The above must be adhered to, unless both teams agree otherwise.

Section 8   RULES REGARDING POSTPONEMENT OF FIXTURES

8.1       It is the responsibility of all Team Secretaries to examine the League and Cup Fixture Lists and within 14 days of issue of these lists notify the Match Secretary of any known problems regarding fixture dates.  It is also the responsibility of the individual Team Secretaries to rearrange fixtures which are problematic and to detail these changes to the Match Secretary.  All fixtures are otherwise assumed by the Match Secretary to be suitably allocated and any changes made to their dates of play are subject to the rules surrounding postponement of fixtures set out herein.  Rescheduling of matches between two teams, well in advance of problem fixture dates, is strongly encouraged.

8.2       Postponement of a fixture is the deferring or ‘putting off’ of a fixture to a future date.  When a team wishes to postpone a fixture, the responsibility is on them to contact the other team directly – e-mail can be used, but it is encouraged where there is no early response, or if the postponement is at short notice, that contact by phone is preferred (not everyone picks up e-mails every day).

NOTE: Cancellation of a fixture is the eradication of a potential fixture and so it implies that it will not be played at a future date.

Cancellation of fixtures is not permitted without the express permission of the Match Secretary.

8.3       Postponement of fixtures is discouraged, but can be agreed, without penalty to either team, under the following conditions:

8.3.1   Mutual agreement, by representatives of both teams is obtained, in ‘reasonable’ time before the fixture date;

[NOTE: Under most circumstances, whether for League or Cup matches the term ‘reasonable’ is defined as being 72 hours minimum, but this can be waived, as per section 8.4].

If more than 72 hours’ notice is given there is a requirement on both teams to reschedule the match ASAP, to maximise the chances of the match being played.

8.3.2   The Match Secretary is informed of the postponement, and of the agreement of both teams to reschedule the match (by the home Team Secretary).  Match rescheduling is the responsibility of both Team Secretaries working together to agree a suitable date / venue.

NOTE: This is a preference that must be stated when the match is initially postponed.  Alternatively, the 'non-offending' team may agree to reschedule the match.  Ideally matches should only be claimed if there is no chance of the match being played during the season.

8.6       No player or team has the authority to gift walkovers in fixtures, to other teams.  i.e. as per section 8.3, if the 'non-offending' team wishes to not claim the fixture then an attempt should be made to reschedule.

8.8       In the event of sudden illness or injury, either prior to or during a fixture, the players may at their discretion continue to play all other matches making up the fixture, or may abandon the fixture, to be continued at some later date with the same teams or with a substitute for the injured or ill player as long as unanimity from the Team Secretaries prevails.  The Match Secretary must be informed within 7 days, by the secretary of the home team, of the circumstances.

NOTE: If any player is unwell, where the nature of their illness is such that they may be infectious to others, or unfit to travel, they should not attend.

8.8.1   Substitution by one player for another on the same date or on another date will result in continuation of the fixture from the score situation with regard to matches as it stood at the time of the illness or injury of the player being substituted.

8.8.2   If the team whose player suffered the injury or illness cannot obtain the services of another registered player as substitute, then points will be granted to the other team for unplayed matches.

8.8.3   Matches incomplete because of illness or injury will be allocated to the person who did not sustain the injury or illness.

9.2       Placement of teams in each division is decided by total number of points.  1 point is gained for winning every match played in a fixture (total of 10 available per fixture).

9.3       Where clubs finishing at the top of the league are tied on total number of points, the following tie-breaks will apply in order;

10.2    The Handicap Knock-Out Cup Competition will include all teams from the ADTTA divisional structure.

10.3    The League Cup Competition will be run on the basis of a divisional structure, typically with each division having their own competition.

10.4    Specific rules of play, including scoring processes will be issued for the Handicap Cup Competitions each year.

10.5    The finals of the Handicap Cup Competitions will normally be scheduled for the same night as each other, at the end of the season, and under the supervision of the ADTTA Executive Committee.

10.6    Handicaps to be used for the Handicap Cup Competitions will be updated and provided to the Team Secretaries during the course of the season; it is the responsibility of the Team Secretary for each team to be aware of the current handicap for players in their team.