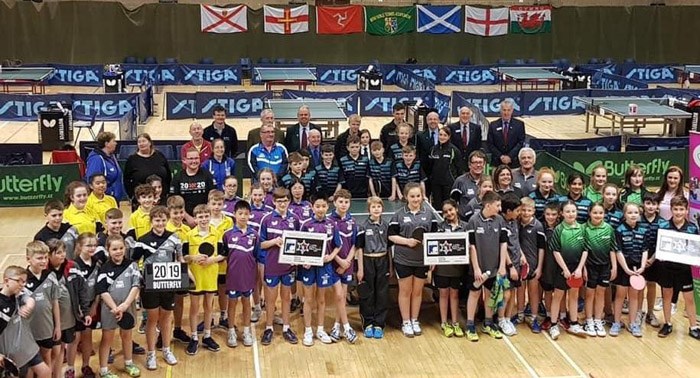 The teams of 4 boys & 4 girls had a very strong Aberdeen Sports Village Table Tennis Academy contingent, with Jonathan Pan (Robert Gordons), Nathan Pan (Kingswells Primary), and Daniel Tibbetts (Arduthie Primary) accounting for 3 of the 4 player boys team. In the girls team it was Ilaria Zhao (Robert Gordons) & Grace Anderson (Bishopbriggs Primary, Elgin) making up 50% of the 4 player team. The ASV TT Academy was also represented by coach Natalie Gallan, who was selected to coach the boys team for this International event. 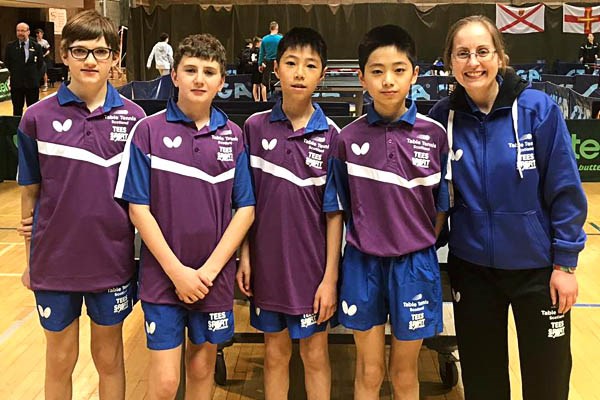 Both teams got off to a great start on the first day of the tournament. The boys and the girls team defeated Guernsey 10-0 respectively, and both teams took wins against the 'mixed nation' Ireland B teams. The boys were dominant with a 9-1 win over Ireland B, while the girls managed a hard fought 6-4 win.

The following days first matches were against favourites England. The English team proved too strong for our girls, inflicting a 1-9 loss. However it was Ilaria & Grace who picked up a win in the doubles for the team. The boys were also up against a very strong English team, and took an equally damaging 1-9 loss. After lunch play resumed against the much fancied 'mixed nation' Ireland A. The girls had a tight match with several close games being fought in 4 or 5 sets. However the 0-10 result did not reflect how close the girls matches were, and this was a difficult defeat for the girls. The Irish boys were also too strong for the Scottish team, and we went down 1-9. It was Daniel who picked up the win for Scotland, defeating the strong Ireland No.2 Matthew Mooney. 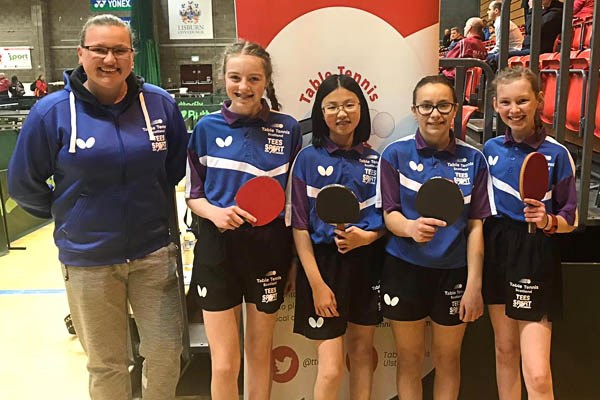 The last game of the team event for both girls and boys was against Wales, with both matches Bronze medal deciders! The girls match was an entertaining affair with both teams very evenly matched. The lead went back and forth several times before eventually going into the last two games at 4-4. Scotland lost the first to go behind 4-5, but bounced back in the last match of the day to bring the overall score to 5-5. The draw meant the Bronze medal would be decided on countback, and unfortunately it was Wales in 3rd place with the difference of just one set over Scotland. This meant the girls had to settle for 4th place.

The boys came out fighting to retain the Bronze Medal they also won in 2018. They were on top form for the final match and cruised into a  commanding 5-0 lead. The boys held their nerve to take the victory 8-2 over the Welsh and claim the Bronze Medal for the Scottish Boys which was thoroughly deserved! 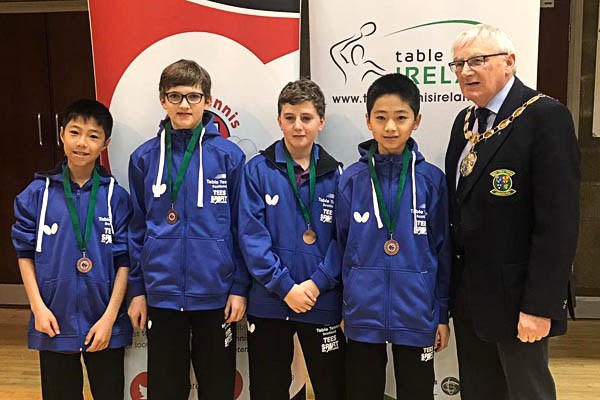 In the singles event on the Sunday Daniel Tibbets qualified from the group stages to meet Ireland’s Sean Loughnane in the last 16. Daniel played some excellent table tennis and it was nip and tuck all the way. The match went down to the wire and Daniel was unlucky to lose out 9-11 in the deciding set. Jonathan Pan also made it through to the last 16 against, and then came up against the strong Welsh No.1 Evan Williams. This was a step too far for Jonathan and he went down 0-3 in the match.

A further 5 ASV Table Tennis Academy players will represent Scotland in the UK Senior Schools Home International, due to take place in June. Watch this space for an update on their performance.