Last weekend saw this year's Scottish National Table Tennis Championships, with senior events taking place on Saturday 29 Feb, and junior events on Sunday 1 March. The ASV TT Academy had several players attending, with hopes of taking some of the National titles on offer.

Tessa Yau (Albyn School) went into the event full of confidence, after taking the Senior Schools Scottish U18 girls title earlier this month. Tessa rightly went into the National Championships as the girls U18 No.1 seed and gave a dominant display, with Tessa only losing 2 individual games across the entire event! This culminated in Tessa defeating Amelia Norbury (Edinburgh) 3-0 in the final and adding the Scottish National Championship U18 girls title to her Senior Schools title - and solidifying her place as the clear No.1 U18 player in Scotland at the current time. Tessa had also played the previous day in the Senior Woman's event, and pushed the Senior players all the way, only losing to the eventual winner at the semi-final stage. 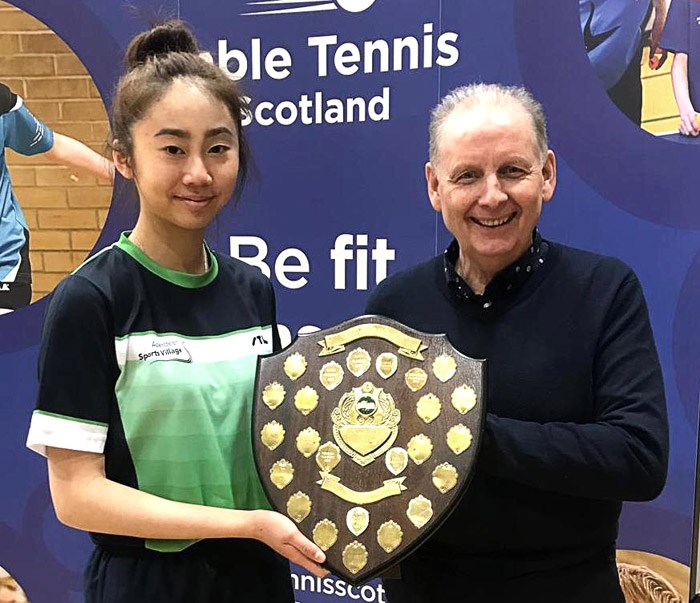 Dylan Curry (Banchory Academy) was our top hope for the U18 boys event, and also went in as the No.1 seed. Dylan came through the groups and KO stages unscathed, before a titanic tussle with Harvey McDonald (South Ayrshire) in the quarter-final. Dylan had to dig very deep, fighting back from 0-2 down to eventually come through 3-2 and move to the semi final. This was a more comfortable win for Dylan, taking a 3-0 win and setting up the final with No.3 seed Martin Johnson (North Ayrshire). Martin is currently playing full-time in Germany, and this experience gave him the edge, with Dylan having to settle for the Silver this year.

In the boys U13 singles, top seed and favourite Daniel Tibbets (Mackie Academy) sailed through to the semi-final, and was followed by No.2 seed and club-mate Nathan Pan (Kingswells Primary). Nathan had earlier slipped up in his group only coming through in second place, and now had to face Daniel in the semi-final as opposed to what should have been the final. In a surprisingly one-sided affair, Daniel proved why he was top seed and sailed past Nathan 3-0 and into the final. Daniel then had an equally comfortable 3-0 final match against Ruben De Silva (Dumfries) with Daniel taking the Scottish National title for U13 boys. 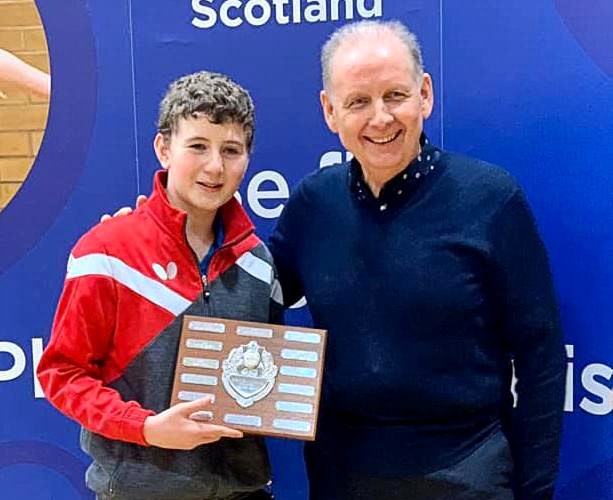 Another successful event for ASV TT Academy players, taking 2 National Titles and a Silver medal on the day. The next event at the end of the month is the Scottish Inter-League (Team) Championships, which Aberdeen were overall winners last year for the first time in over 20 years. We are very hopeful of success again this year.