On Saturday 31st Oct, the Juniors U18 event, Southend was represented by Justin Jeffery; Matthew Stringer; Matthew Nariel and Matthew Barber. All top Essex juniors attended as requirement for county selection. There were 26 entrants split into 4 groups, top 2 of each group played for final rankings 1-8. Players came 3rd and 4th played for 9-16 etc. Justin Jeffery and Matt Nariel were drawn in the same group. Matt Nariel won 5 included overcoming Essex no 3 Joe Walker, lost only to Justin. Justin also won 5, he lost to Joe Walker. All 3 players were involved in count backs for final group placings. Matt Nariel was unfortunately placed 3rd by 1 end. Justin was placed 2nd. Matt Stringer won 5 in his group, unsurprisingly, losing to Essex no 2 Jack Stockdale. He was placed 2nd in his group. Matthew Barber lost all his group matches. 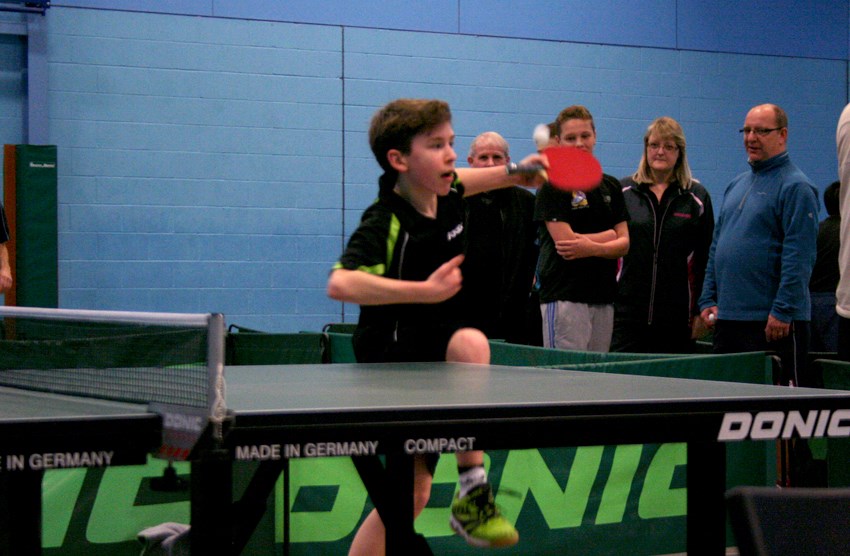 The afternoon saw Justin winning 2 matches in the top group of 8, but again had a 3 way tied, was placed 7th. Matt Stringer was placed 8th. Matt Nariel won 6 out of 7 in his group was placed 9th overall. Matthew Barber was placed 26th probably found there was a big difference between playing div 3 in Southend league and playing for county rankings, however hope he enjoyed the experience.

These are on the day rankings, the final Essex Juniors rankings will be finalised by the committee.