A good Entry of 68 Players, combined to produce a very good Championships. Our thanks go to the Staff of the Rayleigh Leisure Centre for making us so welcome and always being on hand, should any problems arise. Thanks also to Jayne Johnson for producing the various Result and Match Sheets & for organising the Control Desk for the 3 days. Running the Desk for Saturday & Monday along with Jayne and Barrie Delf was Arthur Clark.  Jayne & Ken looked after the Desk on the Sunday which was the Vets O40’s day.  Our thanks to Anthon Ranjit-Singh for the helping setting up and taking down the Match Room and helping throughout the Tournament.  Finally a big thank you to all of the Players & their families who supported these Championships.

On Saturday we enjoyed the Men’s, Ladies & Under 21 Events. 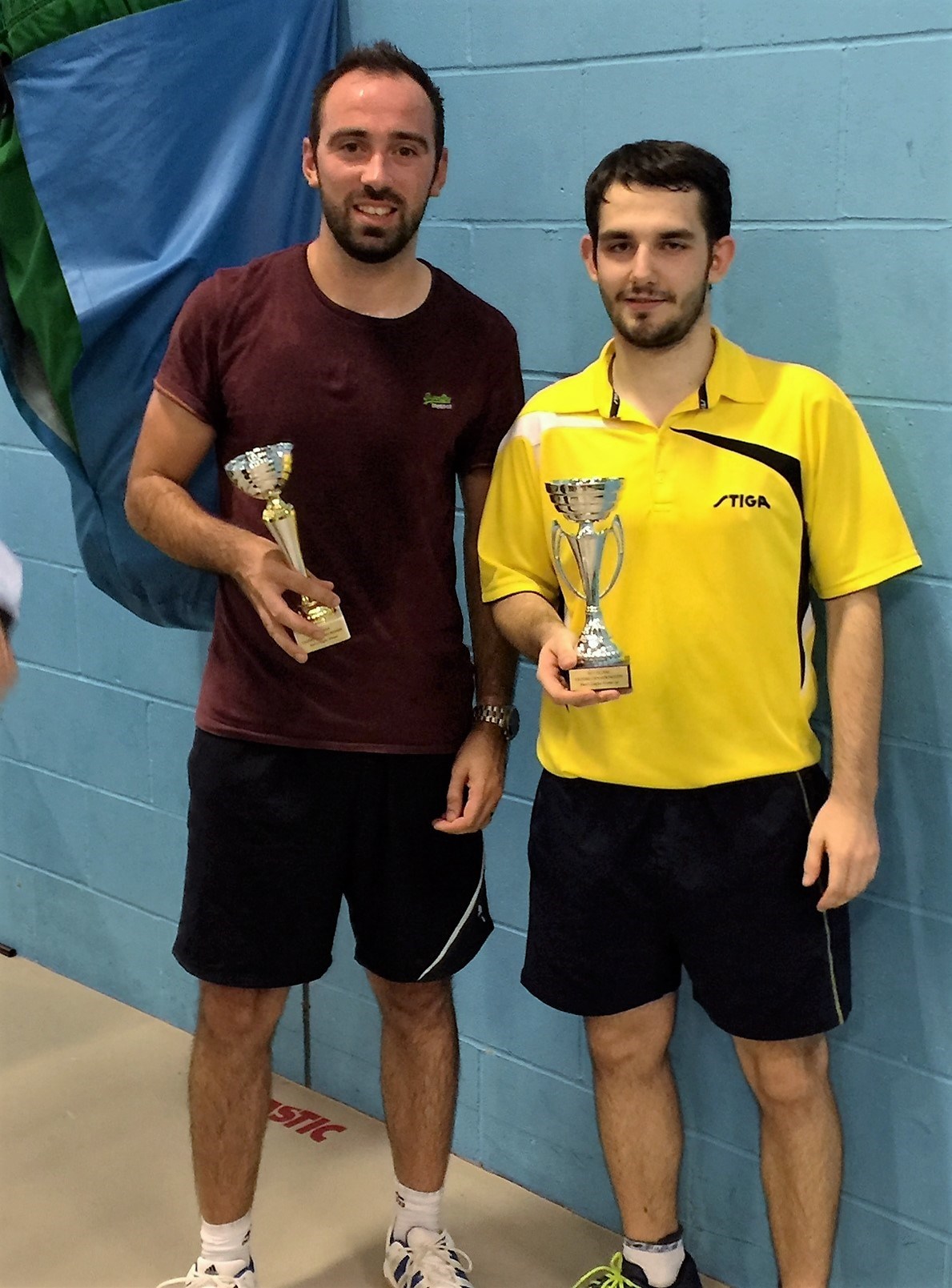 In the Ladies Singles, we had a Round Robin, with Lin Roff, Gracie Edwards & Rebecca Lowman each winning two matches. In the count back the Title went to Lin who won 7 Sets, losing 3, with the Runner up position going to Gracie 7-4 and Rebecca 6-4. 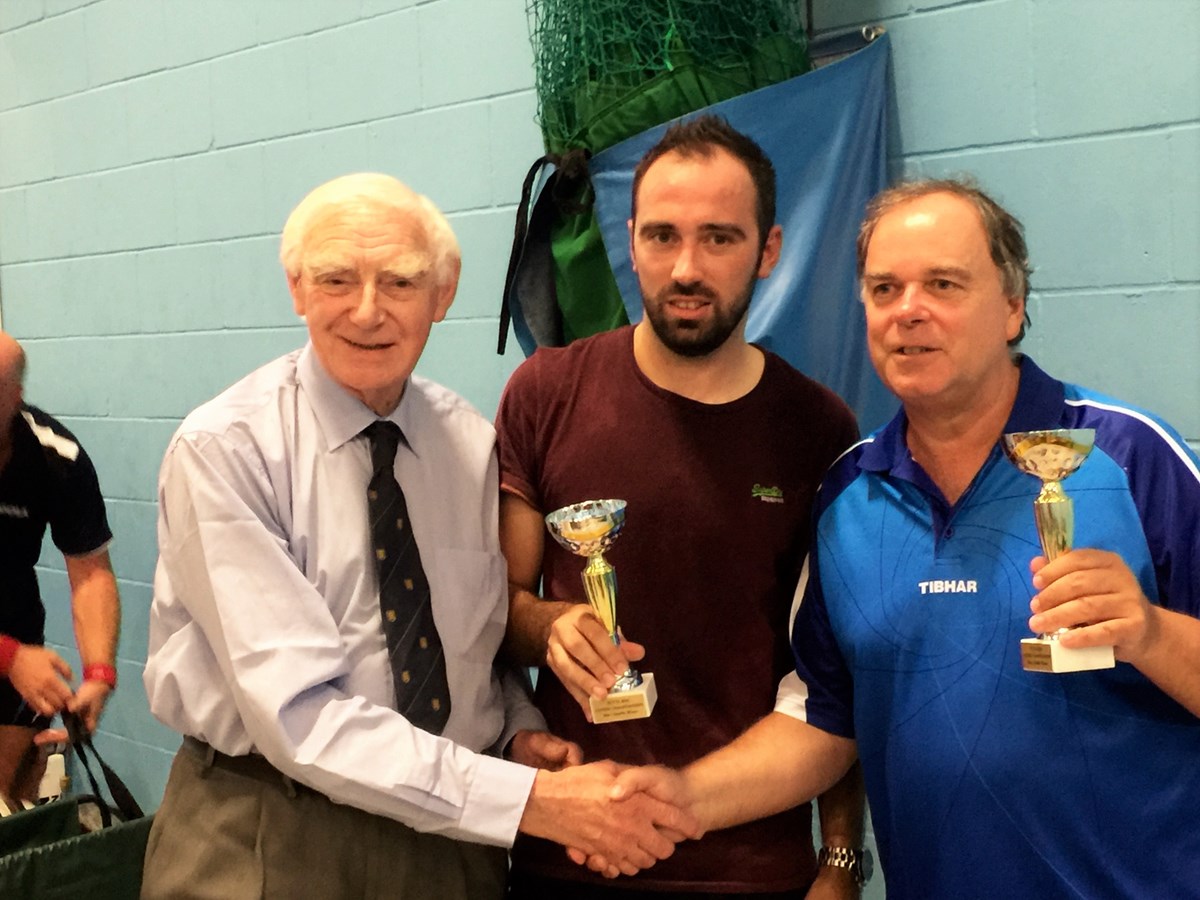 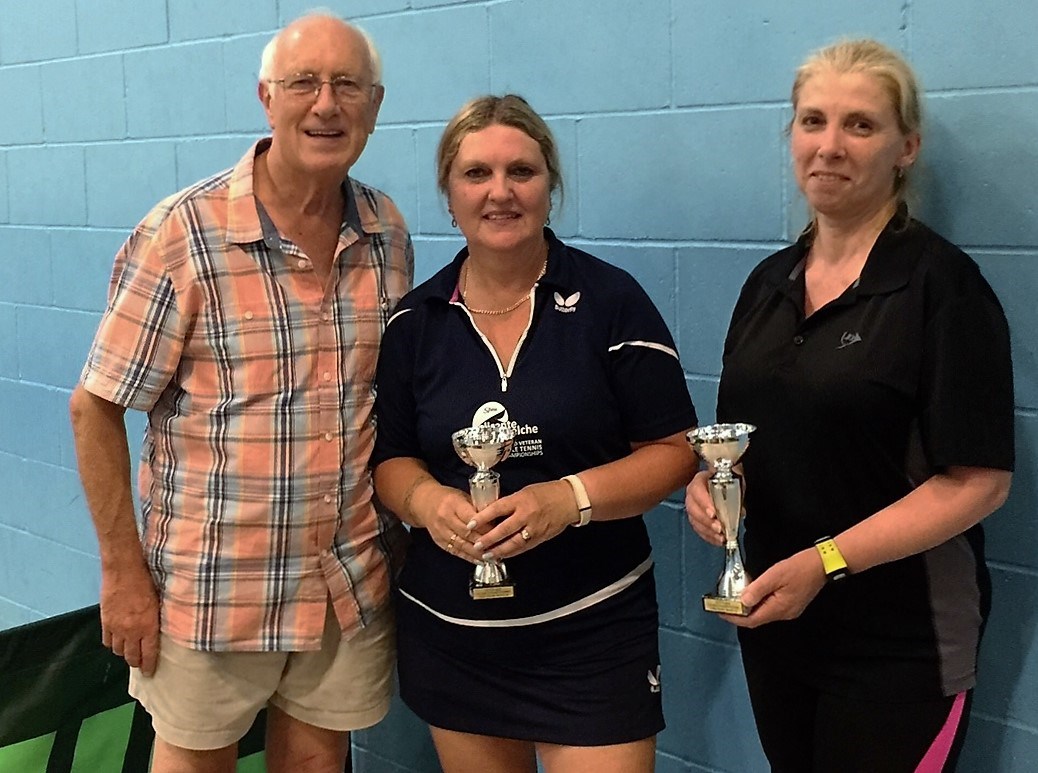 Next was the Under 21s, which saw Josh Dye repeat his victory in the Men’s Singles, beating County Junior, Sam Hume in the Final. He didn’t have it all his own way and a tight Final saw Josh just take the Title -5, 10, -5, 8, 6.

The final match on Saturday was the Level 2 Open Singles and this was won by John Cleasby, who beat Paul Pells 12, 8, -8, 7.

Day 2 of the Championships saw the Over 40s take centre stage and we enjoyed plenty of good matches.

In the Men's Over 40s Singles, there were shocks as un-seeded Django Fung took the Title.  Django, who is more renowned as the Manager of Ronnie O’Sullivan and Jude Trump, turned his attention to Table Tennis.  In the top half of the draw, No. 1 Seed Rik James lost a close five setter to Mark Wicker, only for Mark to lose in the Semi-Final to No. 4 seed, Gary Young.  In the bottom half of the draw, there was an early shock when No. 3 seed Kevin Read, lost in straight sets to unseeded Django Fung.  Django then beat Southend Premier Player, Babul McLeod, again in straight sets.  The Final was a very tight match poised at two sets all and 9 all in the decisive fifth Set, before Django took the Title 9, -12, -5, 6, 9. This was the shock of Championships, great effort by Django.

The Ladies Over 40s Singles title went to Jan Fuller who beat Tina Hutchinson 9, 6, 7.  Both players have returned to our sport after many years out:  having both been leading juniors in the County.

The Over 40s Doubles was played as an Open Event. Favourites Mark Wicker and Paul Davison justified their Seeding and took the Title, beating Gary Young and Glenn Johnson 8, 8, 6.

Final Event of the day was the Level 2 Over 40s Open Singles, which saw Southend Premier Players Norbert Fullerton and Richard Brown face each other in the Final. It was a very good match with Norbert just edging it 5, 11, -3, 11. 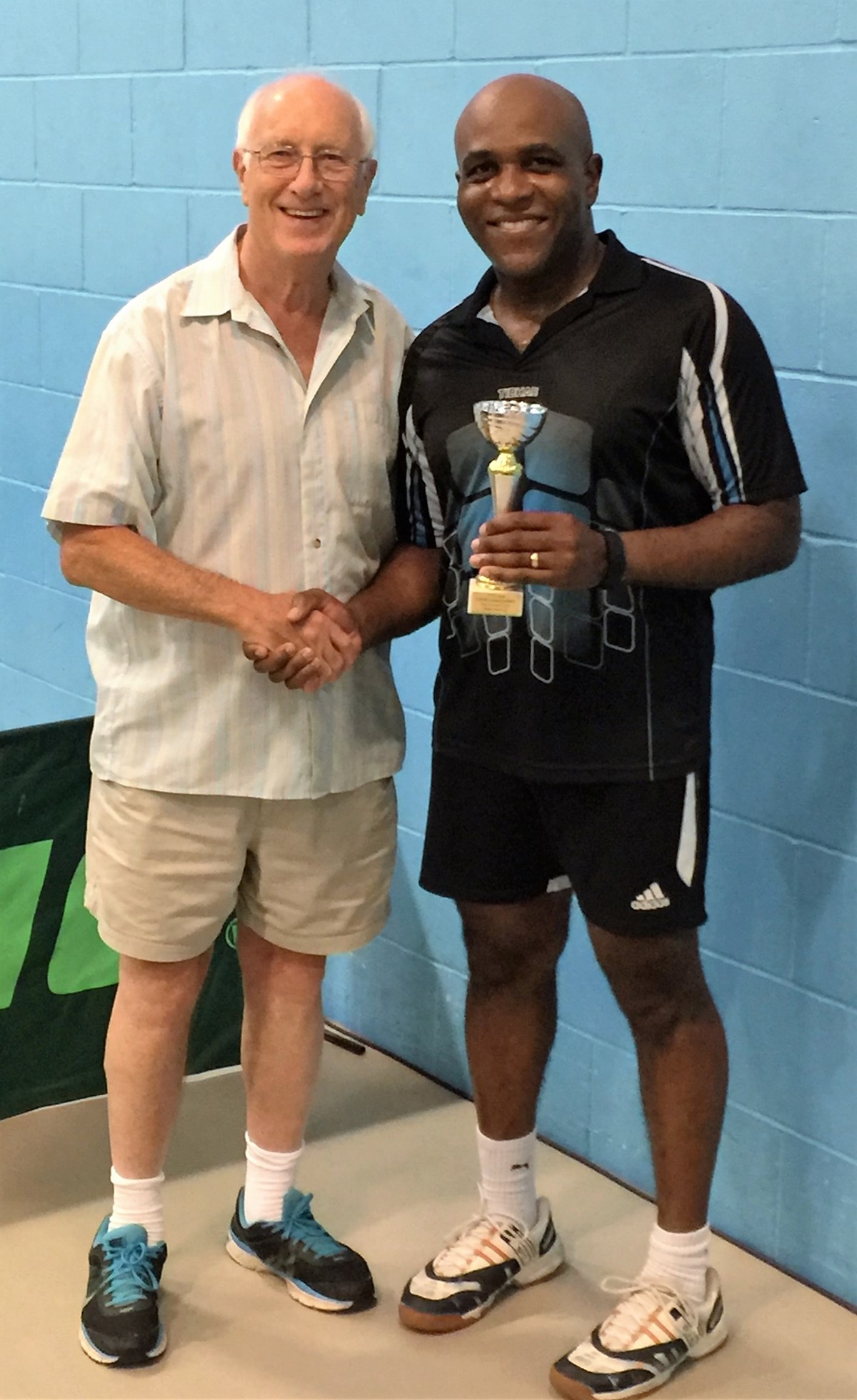 There were plenty of exciting tussles and it was a great demonstration of how Table Tennis is a sport for life. Each event was played as an Open event: with the Over 50s in Groups and the Over 60s and 70s as straight knockouts.

In the O50’s Alex Abbott and Rick James met in the Final and we enjoyed watching a close five setter, with Alex just beating his long term rival and friend Rik 9, -9, 9, -2, 6.

n the O60’s, after reaching both the Men's and Over 40s Doubles Finals, but just losing out in each, Glenn Johnson went one better this time to take the Over 60s Title, beating Peter Cranmer in the Final 7, 8, 8.

In the O70’s Peter Cranmer made up for his disappointment in the Over 60s beating Bill Smith in the Final -6, 7, 4, 9. It was great to see these two stalwarts of our game still maintaining a high standard of play.

This concluded the 2016 Essex Closed Table Tennis Championships and several of us enjoyed a final beverage in the Canteen at the Rayleigh Leisure Centre, which had been a great meeting place the whole weekend. Throughout, the staff had been so helpful and accommodating. John Dennison of Topspin Sports arrived to collect the tables and equipment and those left helped load up the Van:  including the legendary Joe Kennedy who called in on Sunday.

There has been some good feedback about these Championships which will be fed back to the Essex Management Committee and it will be up to them to decide if this event can continue.  The running of this event has to receive funding from the County due to the cost of Venues and Equipment hire.  The funds of the County are a combination of our current Funds plus the Annual Team Fees of £9.00, paid by every Local League Team that plays in our County.  This means that every registered player in Essex contributed a small part towards the running of these Championships.  So our thanks go to every player, playing in the Local Leagues of the Essex County.