The newly formed N A Buzzards (2017) table tennis team invited new league sponsor, Sonja Ryland of Albany Florists to their team bonding day at Bovey Tracey golf centre. Although difficult, and with letting Mrs Ryland kick off each hole much closer to the hole, the lads from the Buzzards did manage to let our Sponsor win the event!!  Some fine long distant whacking from Jon Cheung was matched by Tony Halse's cack-handed chips and dribbles to tie for last place, while Kevin Nicholls had to play a few wayward shots at the end to ensure the sponsor won the match. An enjoyable event, which I am sure will be repeated by 3 of the 4 players, took 4 hours to complete over 9 holes! 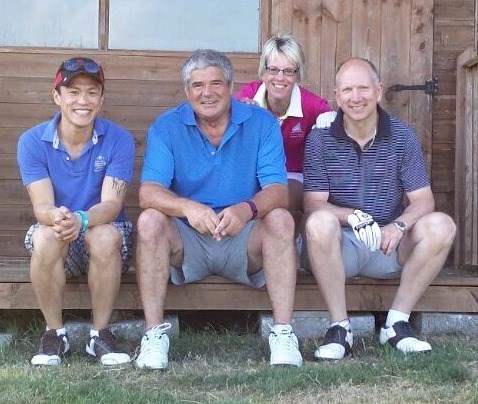 Much needed rest before the 6th 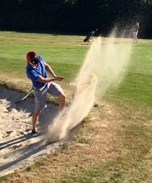 Bunkered to let Sponsor ahead! 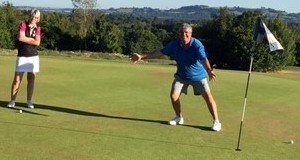 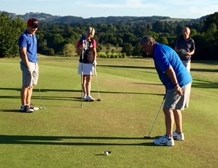 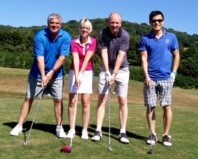