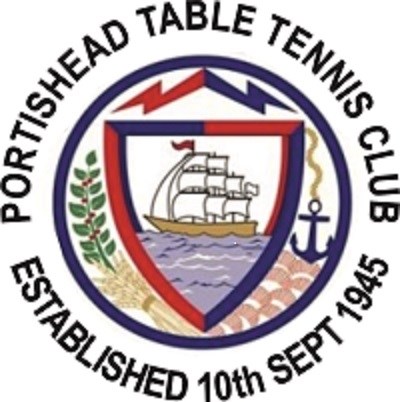 The club will be called Portishead Table Tennis Club (Hereinafter will be referred to as The Club), and may also be known as PTTC.  PTTC will be affiliated to Table Tennis England

The aims and objectives of the club will be:

o   Looking to create a fun and social environment

(a)   Membership of PTTC is open to anyone interested in promoting, coaching, volunteering or participating in Table Tennis, regardless of sex, age, disability, ethnicity, nationality, sexual orientation, religion or other beliefs.

(b)   The membership shall consist of the following categories:

A member is defined as anyone who has paid to be registered by PTTC so they can represent PTTC in any affiliated league or competition.

(c)   All members will be subject to the regulations of the constitution and by joining PTTC will be deemed to accept these regulations and codes of practice that PTTC has adopted.

(d)   Members in each category will pay membership fees, as determined at the Annual General Meeting.

(e)   Individuals shall not be eligible to take part in the business of PTTC, vote at general meetings or be eligible for selection of PTTC team unless the applicable subscription has been paid by the due date and/or membership has been agreed by the PTTC committee.

(a)   PTTC is committed to ensuring that equity is incorporated across all aspects of its development. In doing so it acknowledges and adopts the following Sport England definition of sports equity:

Sports equity is about fairness in sport, equality of access, recognising inequalities and taking steps to address them. It is about changing the culture and structure of sport to ensure it becomes equally accessible to everyone in society.

(b)   PTTC respects the rights, dignity and worth of every person and will treat everyone equally within the context of their sport, regardless of age, ability, gender, race, ethnicity, religious belief, sexuality or social/economic status.

(c)   The Club is committed to everyone having the right to enjoy their sport in an environment free from threat of intimidation, harassment and abuse.

(d)   All PTTC members have a responsibility to oppose discriminatory behaviour and promote equality of opportunity.

(e)   PTTC will deal with any incidence of discriminatory behaviour seriously, according to PTTC disciplinary procedures.

(a)   The affairs of PTTC shall be conducted by a Committee which shall consist of an Executive Committee consisting of the, President, Chair, Secretary, Treasurer, Welfare Officer, and up to seven additional Committee Members who shall be elected at the Annual General Meeting.

(b)   All committee members must be members of PTTC

(c)   If required, the committee shall elect a Vice Chair from among its members.

(d)   The term of office shall be for one year, and members shall be eligible for re-election.

(e)   If the post of any officer or ordinary committee member should fall vacant after such an election, the Executive Committee shall have the power to fill the vacancy until the succeeding Annual General Meeting.

(f)     The Committee will be responsible for adopting new policy, codes of practice and rules that affect the organisation of PTTC.

(g)   The Committee will have powers to appoint any advisers to the Committee as necessary to fulfil its business.

(i)     The committee meetings will be convened by the Secretary of PTTC and be held no less than four times per year.

(j)     Only the posts listed above will have the right to vote at committee meetings.

a.     Teams stay as they are regardless of whether they are promoted or relegated. Unless :-

b.     Someone leaves the club

c.      Someone wants to drop a division

d.     Someone wants to play in a higher division and have proved they are good enough to do so or clearly have the potential to do so. NB Priority will be given to someone already in the club over someone asking to join the club. Evidence (previous win average %, current potential etc) that someone is good enough to be playing in a higher division will be looked at on an individual basis by the team selection committee.

e.     Any spaces we have in the current teams that can’t be filled from within the club are then open to new members.

f.       If we have more potential members than we have teams then we will look to introduce new teams.

(a) The PTTC treasurer will be responsible for the finances of PTTC.

(b) The financial year of PTTC will run from 1st August and end on 31st July. This will

(d) An audited statement of annual accounts will be presented by the treasurer at the  Annual General Meeting.

(f)   All members of PTTC shall be jointly and severally responsible for the financial liabilities of PTTC.

(a) General Meetings are the means whereby the members of PTTC exercise their democratic rights in conducting PTTC’s affairs.

(b)   PTTC shall hold the Annual General Meeting (AGM) in the month of June or July at the discretion of the club committee:

·        Receive reports from the Chairman and Secretary.

·        Receive a report from the Treasurer and approve the Annual Accounts.

·        Receive a report from those responsible for certifying the Club’s accounts.

·        Agree the membership fees for the following year.

·        Consider any proposed changes to the Constitution.

(c)   Notice of the AGM will be given by The Club secretary with at least 21 days’ notice to be given to all members.

(d)   Nominations for officers of the committee will be sent to the secretary prior to the AGM.

(e)   Proposed changes to the constitution shall be sent to the secretary prior to the AGM, who shall circulate them at least 7 days before an AGM.

(h)   The Chairman (or The Secretary in the Chairman’s absence) of PTTC shall hold a deliberative as well as a casting vote at general and committee meetings.

(i)     An Extraordinary General Meeting (EGM) shall be called by an application in writing to the Secretary supported by at least 10% of the members of PTTC.  The committee shall also have the power to call an EGM by decision of a simple majority of the committee members.

(j)     All procedures shall follow those outlined above for AGMs.

The constitution will only be changed through agreement by majority vote at an AGM or EGM.

(d)   The PTTC welfare officer will act as the first point of contact for volunteers, parents and children / young people where concerns about children’s welfare, poor practice or child abuse are identified.

(a)   All concerns, allegations or reports of poor practice/abuse relating to the welfare of children and young people will be recorded and responded to swiftly and appropriately in accordance with the club’s child protection policy and procedures. The PTTC Welfare Officer is the lead contact for all members in the event of any child protection concerns.

(b)   All complaints regarding the behaviour of members should be presented and submitted in writing to the Secretary.

(d)   The Management Committee will meet to hear complaints within 21 days of a complaint being lodged. The committee in their discretion and on a case by case basis has the power to take appropriate disciplinary action including the termination of membership and the suspension of the member under investigation from all PTTC activities.

(e)   The outcome of a disciplinary hearing should be notified in writing to the person who lodged the complaint and the member against whom the complaint was made within 7 days of the hearing.

(f)     There will be the right of appeal to the Management Committee following disciplinary action being announced. The committee should consider the appeal within 14 days of the Secretary receiving the appeal.

(a)        A resolution to dissolve PTTC can only be passed at an AGM or EGM through a majority vote of the membership.

(b)        In the event of dissolution, all debts should be cleared with any PTTC funds.  Any assets of PTTC that remain following this will become the property of the current members in equal proportions

Portishead Table Tennis Club hereby adopts and accepts this constitution as a current operating guide regulating the actions of members.