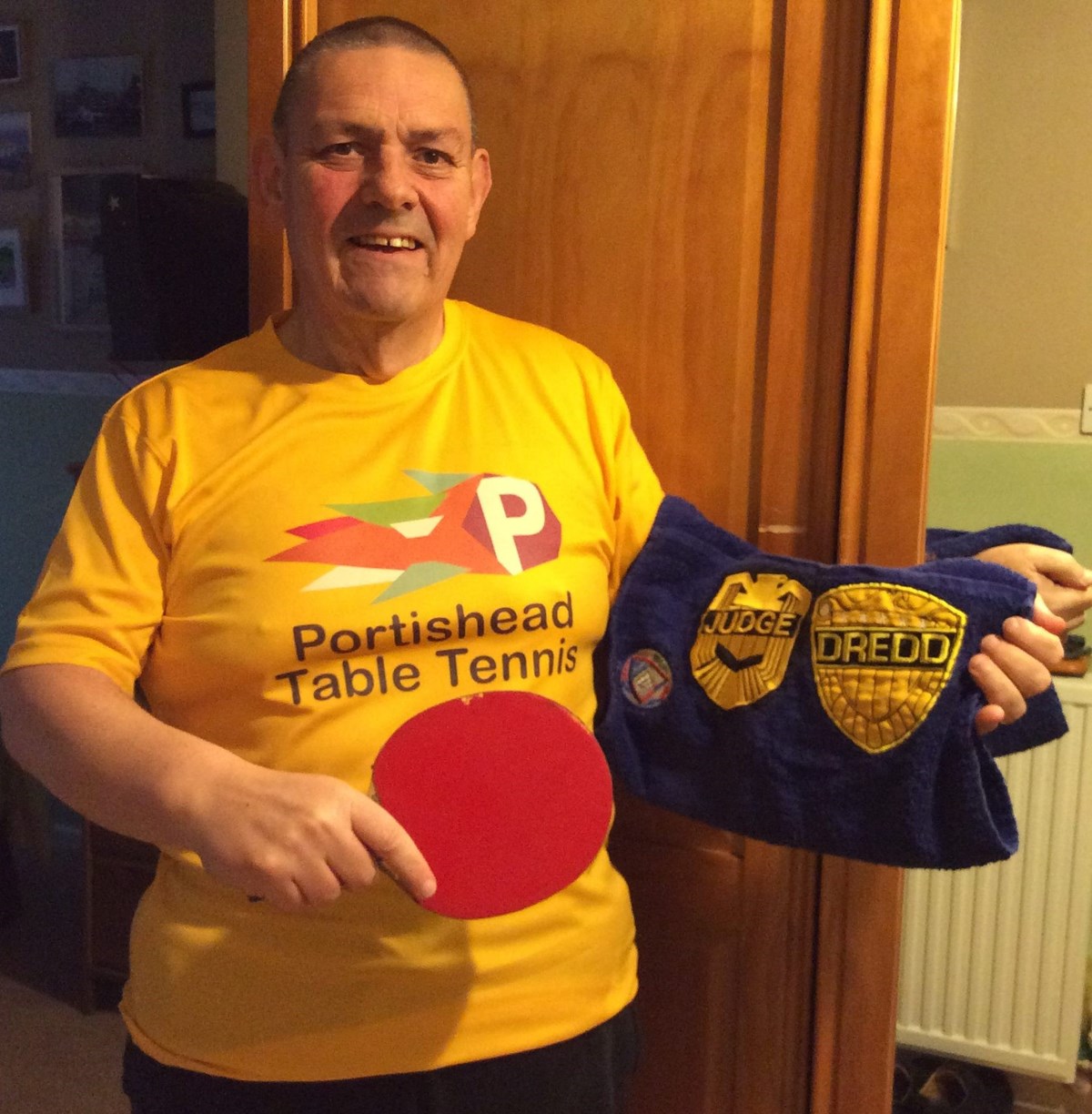 I probably started playing table tennis back in the late 1950s/early 1960s. My family had an old table tennis table that we could use on calm sunny days in our back garden. I remember that my father used devilish spin and my mother was also a very solid player. I most often played against my younger brother, Roger, who was only five or six and very short. I used to annoy him by dropping the ball short so that he couldn’t reach. I played table tennis up until I was about 13, representing my house in the school tournament. I was at a very sporty all-boys school with loads going on and when I got picked for the rugby team, I sadly had to give up other things, including table tennis. This was probably in or around 1967.

Two years ago, I was diagnosed with high blood pressure, high cholesterol and type 2 diabetes (not surprising as I am 5ft 5in tall and weighed a massive 18st 3lbs). I worked at a computer all day and then watched TV most evenings. The doctor basically told me I had to change my ways “or else!” Exercise and changing what I eat became the twin arms of a two-pronged attack. Over the last two years I have lost four-and-a-half stone and table tennis is literally helping to save my life. I tried to work out how I could take more exercise, knowing that going to a local gym or simply walking wouldn’t cut it for me – I needed competition. I considered golf but then hit upon table tennis and I started going to the Portishead Club because, at the time, there was no club in Clevedon. I was directed to Dave Grounsell’s training sessions at the Lake Grounds on a Friday night which, back then, consisted of around 10 people using two tables (now his open sessions welcoming people of all abilities take place on Monday and Friday evenings at Gordano School and feature 12 tables). For the first two or three weeks, I could hardly hit the ball. Twelve-year-olds like Emelia, her bother Miles, Jack, Jake and Matthew, were murdering me week after week but, bit-by-bit, things started to improve. I joined the Bristol League and played four games as a substitute in Division 7, losing 11 of my 12 matches but, amazingly, winning one – I wanted more of this. Next season, in a bizarre quirk of fate, I found myself playing in Division 5. Basically, one of the Portishead teams got promoted into the division but the players who had done so well the previous year were no longer around. Whoever played was going to take a bit of a beating and the powers-that-be felt it would be better were it adults rather than the youngsters. Consequently, my first full season was spent in Division 5 with Martin Brittain, Jim Smith, Jon Pike and Ethan Brittain getting murdered most weeks. Somehow, I had also become team captain. Relegation beckoned and, indeed, we went down without winning a match. Which brings us bang up to date in the middle of my second full season. I’m still playing with Jim and Ethan and we have been joined by Emelia and our new French recruit, Christi. We are currently (Christmas 2017) mid table, having won a couple of games, drawn one and been narrowly defeated on a couple of occasions. Personally, the season is going well and I have won around 66% of my matches. My team are the Dreadnoughts and, as captain, I am known as Judge Dredd!

So what does the future hold? Well, on a personal level, I have a number of aims. I am taking part in the Bristol Closed tournament in March 2018 and I would very much like to win a match or two. I played last year but didn’t trouble the scorer. I want to see the Dreadnoughts steadily moving up the Division 6 table – something we should be able to achieve as we are all improving. On a personal note, I want to at least maintain my 66% winning average. Very soon I want to be back playing in Division 5. Ultimately, I believe I could get as high as Division 3 (possibly even two) – particularly when I finally retire from work and have real time to devote to practising every day. I am now on the Portishead Club committee and believe we have a fantastic potential long-term future. In 10 years, for example, it would be great if we could boast hundreds of players or all ages and abilities, have our own facility, and be known as ‘THE’ table tennis powerhouse in the West Country – all this without losing our innate sense of friendliness and camaraderie. Table tennis has truly proved life-changing for me!