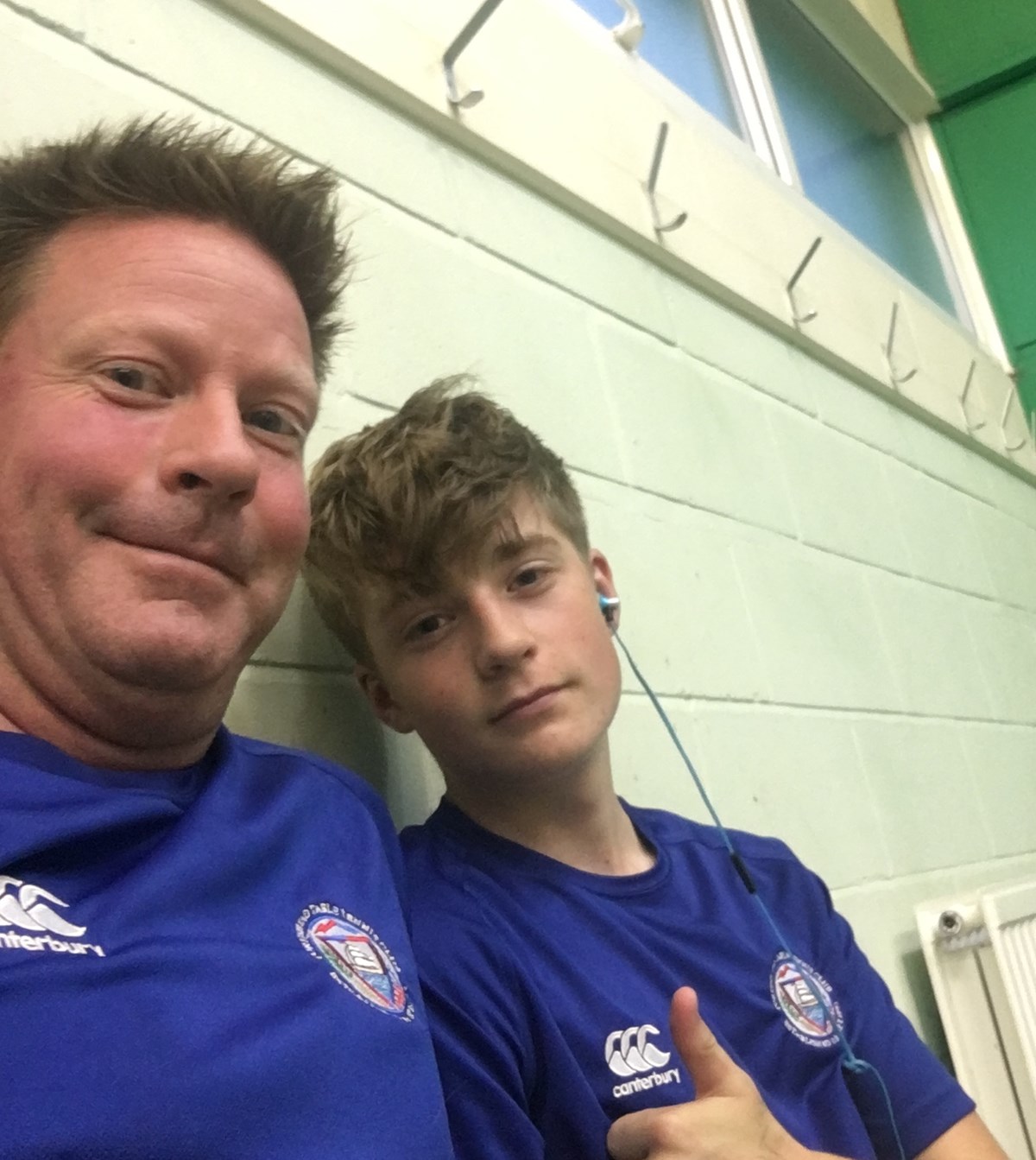 I started playing TT on campsites in France, six or seven years ago with a friend Rik, who also holidayed each year in France with his family. Ethan my son would also join in and we all became quite competitive. Fortunately, I would spend a month (or more) each year in France and I got some good practice in. My buddy Rik was a pusher, and we would play for hours with me attempting to attack his push with limited success.

In 2012 I had a hip replacement operation and all my other sporting endeavours abruptly came to a halt. I had played Hockey for many years at the highest level in the UK, having devoted years to training and coaching. It was distance running that finished my hip off, having developed a taste for marathons (no not old school snickers!!).

On my return from France 2 years ago Rik, Ethan and I decided to seek out a coaching night and I stumbled across Dave Grounsell who ran a small group session at the Tennis club. I remember watching Dave coach Hans at the time, and thinking, wow there is another way to play the game. From this point onwards, I was hooked!

I was persuaded to enter Div 5 playing in Steve Knights newly formed side with Jim and Ethan. I don’t think I have ever experienced such a spectrum of emotion throughout this first season of playing in the league. I spent the first half of the season getting battered and only winning 1 game. This didn’t bother me, I came off wanting to practice harder and better myself. In fact, I purchased 2 tables and set one up in my garage with a robot (I love my robot and it greatly helped me improve). I would extract technique from Dave and by watching others, and then spend hours in the garage, and with Ethan attempting to master it.

Then came the biggest change in my TT journey… I watched Joe R win the Bristol closed. I remember watching in total awe, as he smashed forehand loop after forehand loop (a shot until this point I had never attempted) I said to myself that day, and still say it, especially when I’ve been beaten by pushing and chop, “I wanna play like Joe!”

I finished my first season much better than I started and got wins every week and started to believe I could play the game after all.

As I write this, I’m currently on 60% plus in Div 5, and largely happy with my progression. I’m starting to beat defensive players, especially if they can’t attack very well. My technique and movement still let me down if I try to push on in my conquest to loop like Joe. Sunday nights have been great for me, I get to play against better players, and I really feel this is benefiting my game. Now that the training has become a bit more focussed on drills, Adam in particular has been fantastic for me. Adam points out my shortcomings which is exactly what I need. I absolutely love Sunday nights now J.

Dave continues to play a big role in my development, I now can understand what he means when he gives me advice on how to combat styles. I want to take this opportunity to thank everyone who have helped Ethan and I. I’m looking to finish the season with a 60% win rate, whilst developing a more consistent open up.

I haven’t set any targets with regard what division I want to play in, my targets are purely related to my own technique. I have accepted that other techniques will always upset me, my thanks to Steve Knight for this…

I very much enjoy the technical side to the game and would love to coach TT in the future. I feel my journey from a complete novice, to a guy who can now pass off as a difficult person to beat in Div 5, in the past 2 years, will greatly help me give advice to people starting a similar journey.

I sometime feel competitive matches hold me back, as I go back to playing safe, when I really want to be practising punishing my opponent’s shots that come off the end of the table.

I’m very excited about what is happening at Portishead TTC and would love to assist in taking the club in the direction, that the committee and in particular Derek have mapped out.

The future for me holds lots of hard work, lots of highs and lows, but above all, lots of enjoyment in a great club atmosphere.