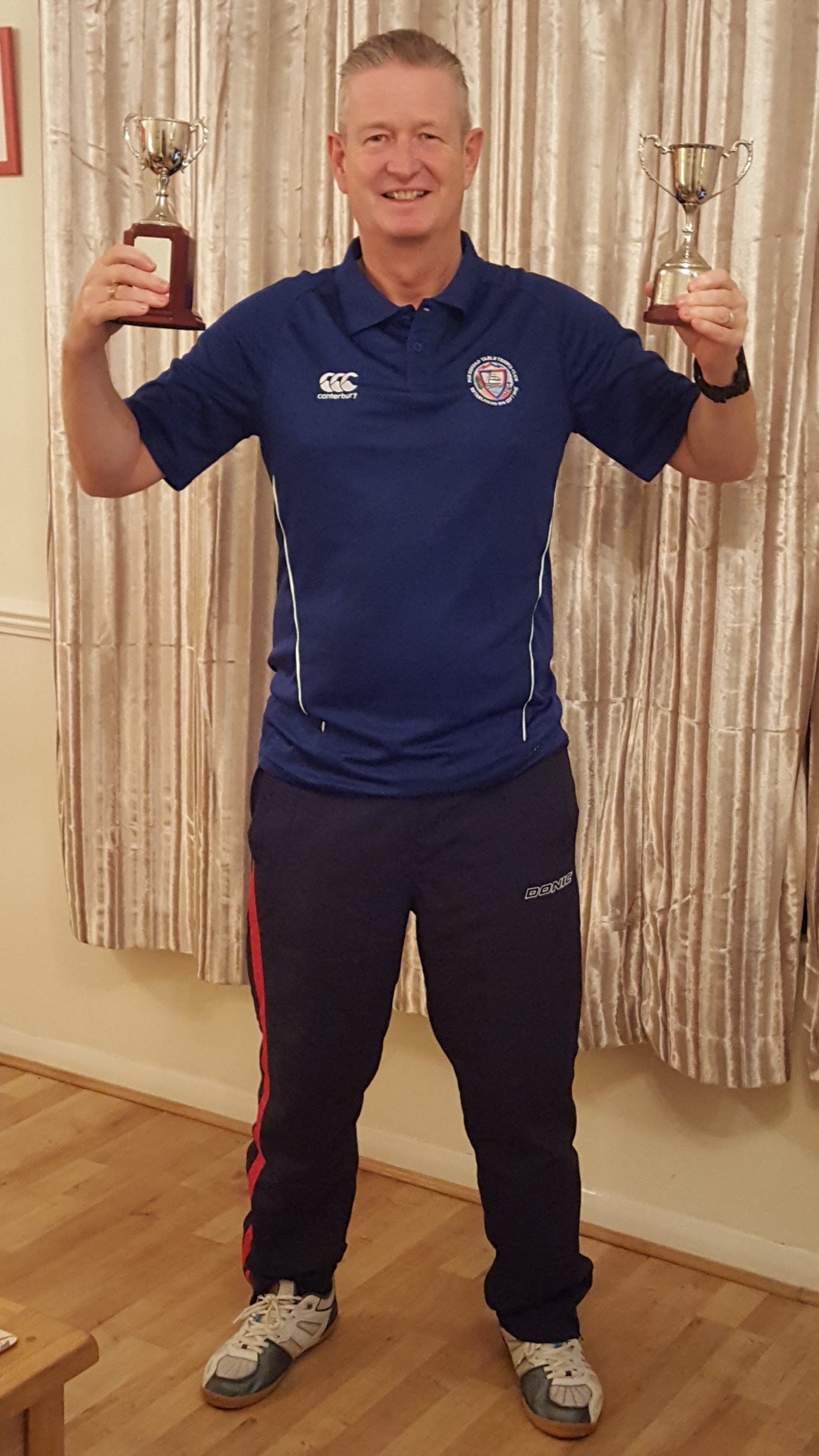 I started playing table tennis in the boys brigade at age 14, 2 years later I was runner up in the west of England boys brigade singles final (and I blew a match point!). I started playing in the Bristol league for Shaftesbury Crusade, and from there played for my work team, Sun Life where the highlight was winning division 6b in 1985 and gaining promotion to div 5. In 1988 I went travelling and although still playing for fun with mates at local sports centres I had a Long gap from playing the game competitively.

Then in 2013, I moved to Portishead and was playing against a mate at Parish Wharf sports centre and was "spotted" by Mrs Grounsell, who introduced me to Dave, who in turn set me up with a trial at the lake grounds with Brian Pearson (on the same day as John Chivers also turned up for the first time). Brian gave me a good thrashing but told me I was good enough to play in the league and signed me up.

I played half a season helping out the division 5 team in 2014/15 and finished with a 38% average. Brian asked me to captain the div 7 team in 2015/16 and we won the league with me finishing with a 98% average and the following season it was up to division 4 and a respectable 67% average with the team finishing 7th. In 2016 I also captained a strong Portishead team to victory in the summer league. (Picture above shows both the div 7 and summer league trophies).

I am captain of the Anchors in div 4 and at the halfway point of a tough season we are second in the division. I have the nickname of the "Digger" as I dig in and never give up,  alongside my team mates Steve "Cooler King" Pratt, and Roger "Big X" Davis we grind out results and have had our fair share of Great Escapes!!

In the immediate future, I want to lead the Anchors to promotion and a top 4 finish and then play in division 3.

I am thoroughly enjoying my table tennis and am keen to improve and am enjoying the team practice nights and Dave's coaching sessions when I can attend. I would like to play at the highest level that my ability will enable me to play.

I am immensely proud to be a member of Portishead TT club and have been amazed to see the progress the club has made in the short time I have been a member. There is a great team spirit and I look forward to playing my part in helping the club grow and prosper in the future.