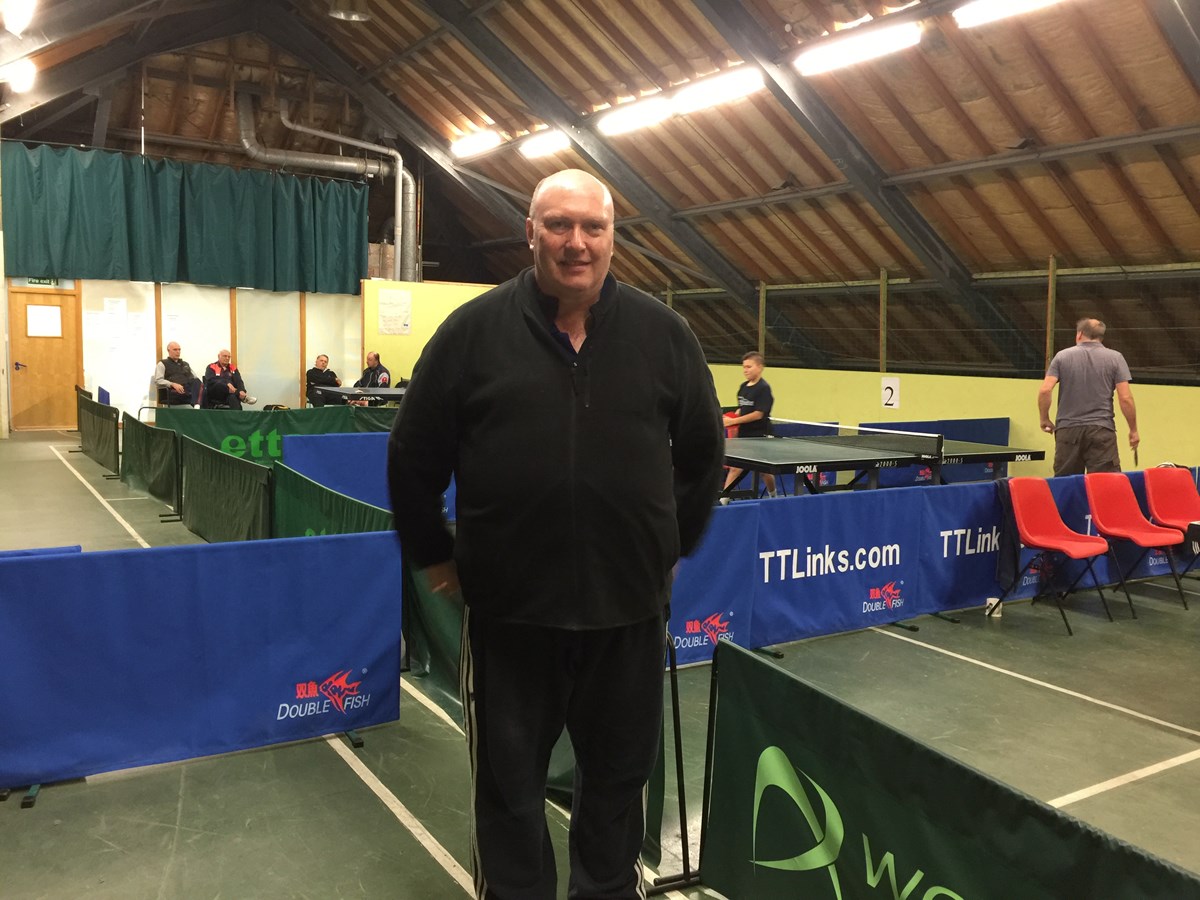 I was school champion for every year from 1974 to 1979 and first played competitive table tennis in the Tavistock and District Table Tennis League from 1978 to 1981. I then did not play again until 1991 when I met a certain Dick Hawkins and Brian Pearson at Portishead Cricket Club which was my other big love in life. I started in Division 4 with Jim Hawkins and Charles Leighton Scott (both sadly no longer with us) and did not win a game for the first half of the season! However, I kept at it and after changing my 15 year old bat for a new one started to win games and the team finished a respectable 4th that year. I went from strength to strength until I eventually played in the Premier League with Bill Bruton and Martin Allen, that year I got to the semi finals of the overall Bristol & District Table Tennis championships and the Somerset Closed, so I was playing well at this stage! Because I lived in Yate, I played there for a couple of years and at one stage a year with Nailsea but Portishead has always been in my heart and from now on will continue to be so. I have played in every single Bristol & District table tennis division over the years, played in the North Hertfordshire, North Yorkshire, Weston Super Mare and Bath Leagues and have loved every minute. Due to working in Europe between 2011 and 2014 I played only occasionally including one famous season with Chris Stone where somehow between us I managed to play most games and we won the league even when I was working in Brno (Czech Republic) and Cambridgeshire!

Playing in Division 2 with David Grounsell and doing well, a bout of Gout has not helped me this season nor an unfortunate family death but as a team we should finish mid table. I also play in the Bath League with our friends from HCC and the Weston League with David. I guess you all know my famous BOMB of a forehand and with help from Adam and Joe hope to improve my backhand too. I work for Hanson Quarry Products in Chipping Sodbury and am married with 4 children, none of my children share my table tennis passions but I continue to hope one of them will keep up the good work!

Will continue to play for as long as I can, love helping to train the children with Dave and as I currently work for Hanson in Chipping Sodbury can play locally much more than I used too. I am a member of our committee and will finish my playing days with the great Portishead TTC.